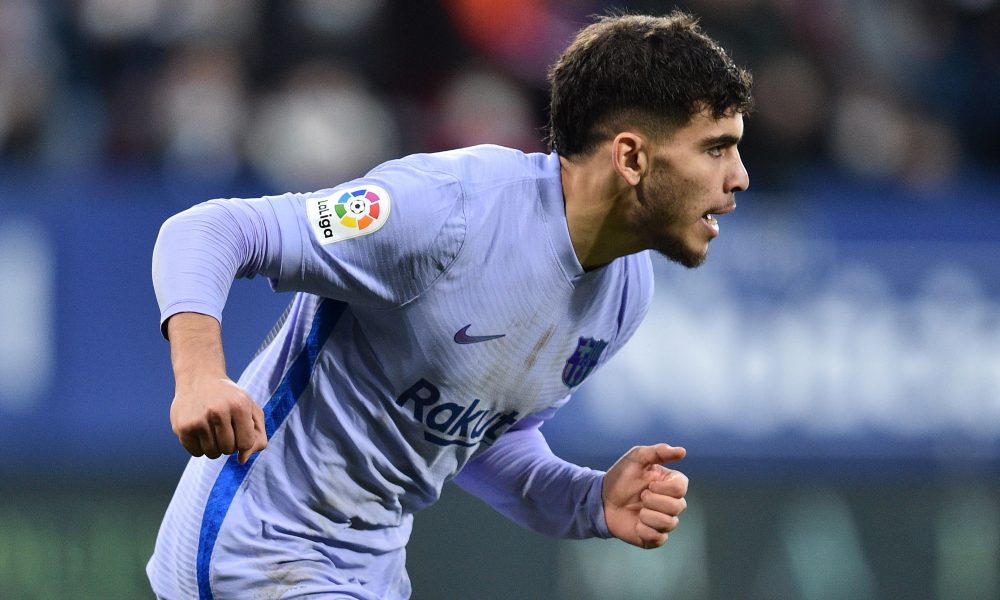 The past two months have been extremely special for Barcelona starlet Ez Abde.

Having only signed for the club last summer from Hercules CF, the winger was playing for the B team at the start of the campaign. But, interim manager Sergi Barjuan, who took charge of the first team after Ronald Koeman was sacked, decided to hand him his senior bow.

Although he didn’t have the most memorable debut, Abde impressed new manager Xavi Hernandez enough to keep him with the first team. And, since then, the 20-year-old hasn’t looked back, establishing himself as a regular in the starting XI with a series of impressive performances on the wings.

The former ace of Hercules made eight senior appearances for the Blaugrana, scoring a goal in the process. His rapid progress has now prompted the soccer federations of Spain and Morocco to fight over who he represents internationally.

According to Moroccan media outlet Le360 Sport (h / t MARCA), national team head coach Vahid Halihodzic called on Abde to join the team ahead of the next Africa Cup of Nations and the Barcelona star has fully intend to respond positively to the call.

The report further states that the young winger changed his Instagram bio to “a FC Barcelona player and an international player with the Moroccan national team. “

At the same time, Qatari media beIN Sports (h / t MARCA) claims the Spanish Football Federation is working to convince Abde to snub Morocco to represent him. La Roja at an international level.

But the aforementioned Le360 Sport report adds that the 20-year-old intends to don only the colors of the Moroccan national team.

On top of that, it is also claimed that the 20-year-old will make serious efforts to ensure that he is available for the Africa Cup of Nations which will take place between January 9 and February 6, despite the Barça’s refusal to let him go. for the mid-season tournament.