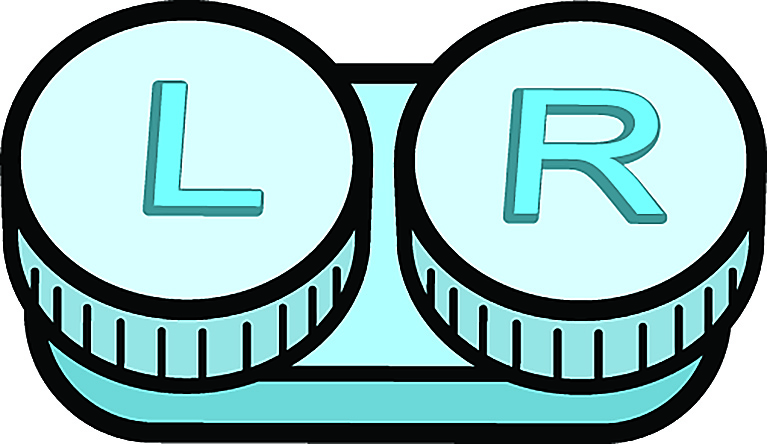 I had to start wearing glasses in eighth grade.

It was a tough pill to swallow back then, but I got used to it. I had to admit, it was nice to be able to see things that weren’t within two feet of my face. And I could also read on the blackboard at school.

In high school, I convinced my parents to let me wear contact lenses. I had to take them out every night, put them in an electric sterilizer and, worst of all, put something cold and wet in my eye every morning.

The hassle eventually got too much, so I went back to glasses before I graduated and have been wearing them ever since.

That’s until last month when I found out that the newspaper’s vision plan covered contact lenses. I called and made an appointment with one of the eye doctors here in town and left his office with a new pair of contacts.

But a lot had changed since high school. Like my view. In the last five years, I had to start wearing trifocals. It seems like hunched over a computer and staring at a screen for hours over the past 20 years has taken its toll. Trifocal contacts exist, the doctor told me, adding that they were “junk” and that he generally did not recommend them to his patients. Just get yourself a pair of “readers,” he said, and sent me on my way.

“The readers,” I discovered, read glasses like the ones my father always carried in his shirt pocket and perched on the tip of his nose whenever he read the paper. I’m pretty sure he bought them at a drugstore, and if he lost or broke a pair, it didn’t matter.

Going to buy reading glasses, I quickly discovered that I was not able to read the words on the screen of my mobile phone. I tried to put on my old glasses, but it made everything blurry. I somehow made my way through the store and found a display rack with dozens of pairs of readers. I finally settled on a low powered pair and also bought a pair of sunglasses. No need for my clips anymore, right?

During the afternoon, I realized that my attempt to rid myself of the burden of wearing glasses had only resulted in the need to own several pairs. I still wear my old glasses frequently; I can’t go anywhere without my readers and it only took me a few days to lose my new sunglasses.

I have to admit, I like the freedom of not wearing glasses, and not being able to read a cell phone has its advantages. I can see just fine when I’m wearing them, as long as I don’t need to read anything. And my latest pair of sunglasses also makes me look super cool. I am very happy with my contacts.

Recently, prescription eye drops capable of correcting certain types of vision problems have arrived on the market, a true marvel of modern science.

I don’t need eye drops. I will continue to squint very hard, as the good Lord intended.

Mark Birdsall is associate editor of the Huron Daily Tribune. Email him at [email protected] Follow him on Twitter at @MarkEBirdsall.

Payday Loans: What You Should Know