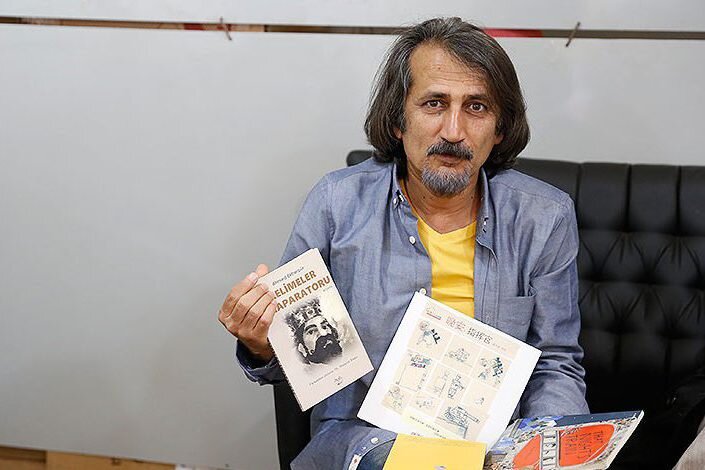 Speaking to ISNA’s Persian Service, he made the remarks based on a preliminary survey he conducted in several schools before the COVID-19 outbreak.

“Sometimes when I was invited to give a lecture for children in schools, I would usually ask them which literary genre they preferred,” Akbarpur said.

“Their first choice was horror books, then romance and funny novels were their next favorites,” he added.

“I have never been able to find the reasons for this choice, because our official institutions do not promote scary stories or films. Schools never discuss these subjects and families keep their children away from these subjects. It seems that our children find their cultural nourishment elsewhere; from institutions other than schools, Iranian television and their families,” he explained.

Akbarpur said we need to consult a psychologist on the choice of children.

However, he added, “Perhaps the children’s attitude refers to the tendency inherent in modern life, in which children are confronted with certain fears, which they want to experience in novels and movies,” he said.

“Unconsciously, there are pressures on families in modern life, which scare children and lead them to scary books,” added Akbarpur, who is the author of ‘I Was a Deer,’ which won a golden apple from the Biennial of Illustrations 2017. Bratislava for its illustrations by Narges Mohammadi.

Although Akbarpur has not produced any graphic novels, he has spoken of his desire to work in this field.

Working on comics and graphic novels requires close interaction between writers and illustrators, but such a collaboration never formed, he lamented.

He said publishers should step in to foster collaboration between writers and illustrators.

He said gripping stories full of suspense are needed to create comic and graphic novels, and added that the stories of Persian masterpieces such as Kelileh and Demneh and the Shahnameh have the potential to be turned into strips. drawn.

Akbarpur said some Iranian publishers have produced a number of comic and graphic novels in recent years, but the results are below acceptable standards.

Akbarpur is the author of many books, including “I’m Not Father’s Servant” and “The Emperor of Words”, which have been translated into Turkish.