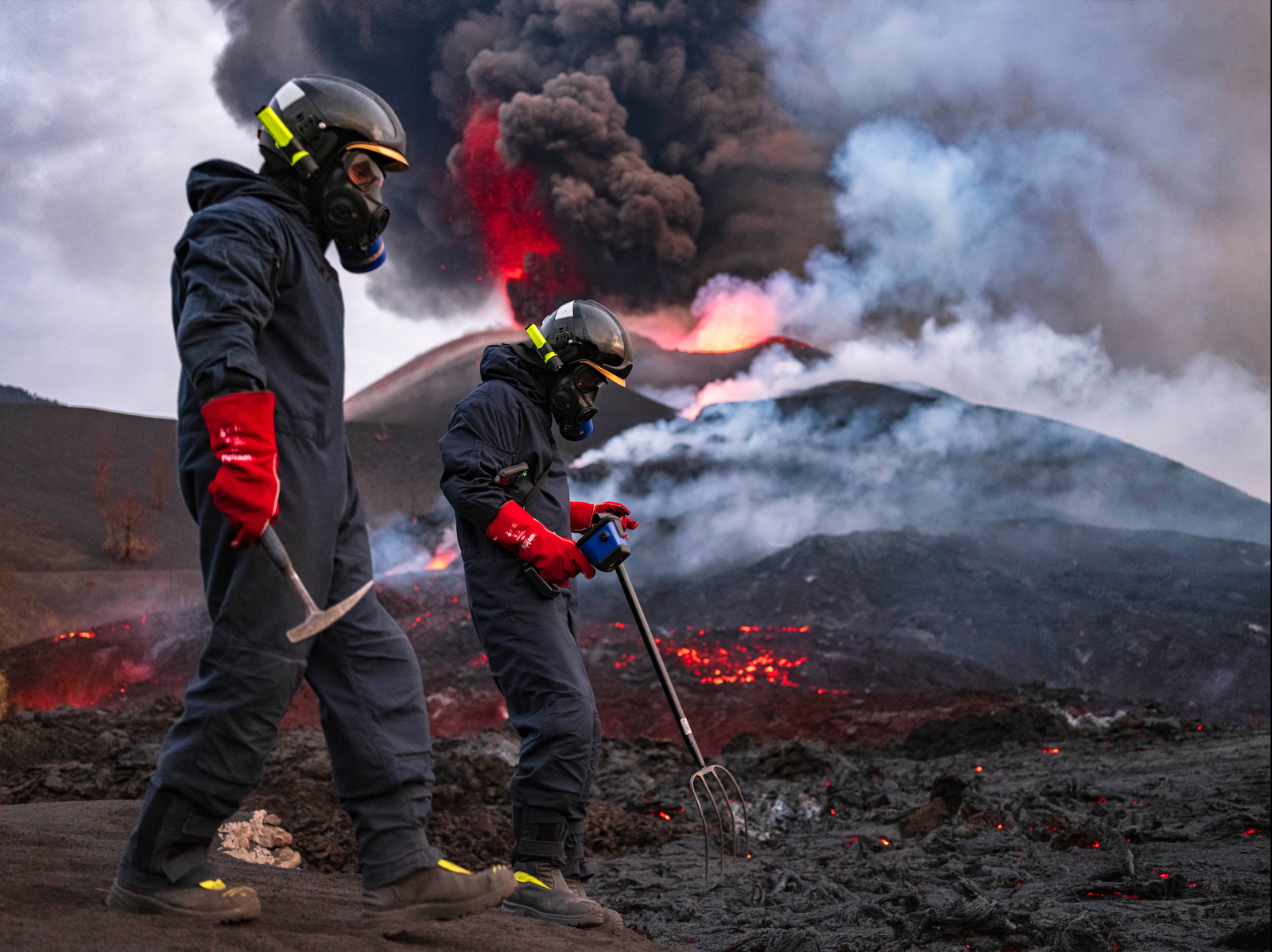 Like a palmero [citizen from La Palma] and photographer, how did you experience the weeks after the eruption documenting something so awe-inspiring on a natural level, yet so devastating on a human level?

Working in a natural disaster is always terrible because you see a lot of suffering. If this happens to you, it’s even worse. The scars he leaves are much deeper. But I must also say that no natural disaster that I have experienced has made me think this way: This is how my islands were made. And how the world was made, in fact. The night I was on the Oceanografic ship, when I went to bed at night, there were small lava rocks falling into the sea, and to wake me up the next day and see a platform on which two land of football could adapt had formed in eight or nine hours, that’s impressive.

You have this double vision of knowing that for some people it is very hard to live with because of the misfortune of the eruption which takes place in a populated area, but on the other hand, aesthetically and scientifically, it is a real wonder. It’s amazing to see and hear it. The first time I visited the area there was a valley and now a month later there is a mountain 300 meters high.

Throughout this month, you have accompanied the scientists working in the field. What was this experience like?

I have been with the Spanish Institute of Oceanography, the Geological and Mining Institute of Spain and the National Institute of Geology, seeing how they work and listening to all the information they give me. I have to say that some things were really scary, but in general I learned a lot. These are people to whom we, the public and especially politicians, should pay more attention.

Especially with COVID-19, we have witnessed the importance of investing in science, in research. Probably, if we invested more in the National Council for Scientific Research in general, which includes institutes that apply science for the safety of the people, a lot could be avoided in the future. A volcano will never be avoided, but we would probably have a lot more information.