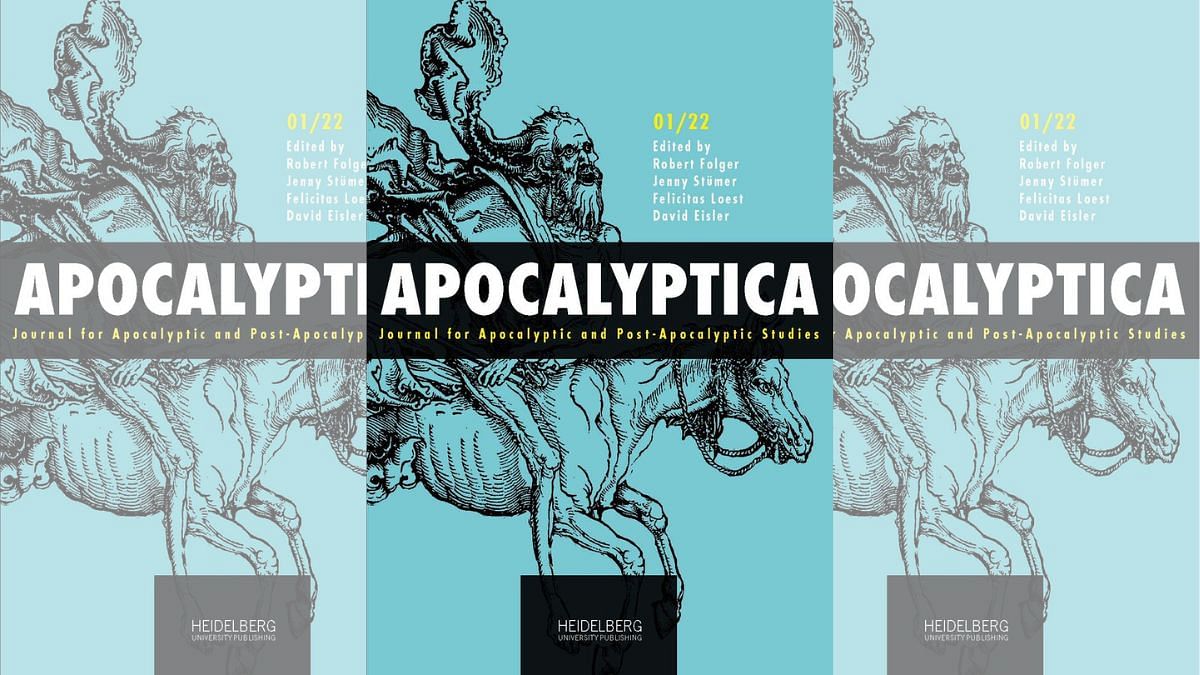 Want to know how the world ends? German Journal of ‘Apocalyptic Studies’ Says It Has Answers

New Delhi: In a first for academia, the University of Heidelberg in Germany has released apocalyptican open access journal on “apocalyptic and post-apocalyptic studies”.

The first issue of our open access journal Apocalyptica is finally out 🤩 We are excited about the wide range of intellectual work and thought-provoking contributions in this issue. Come read about the end of the world 🥳 https://t.co/ymrYOIxm6d pic.twitter.com/VW7tv5hQPu

“We are excited about the wide range of intellectual work and thought-provoking contributions in this issue. Come learn about the end of the world,” the university’s Center for Apocalyptic and Post-Apocalyptic Studies (CAPAS) tweeted earlier this week.

According to CAPAS Managing Director Felicitas Loest and researcher Jenny Stümer, the reasoning behind apocalyptic liberation is multifaceted – accelerating climate change, refugee crises caused by war in Ukraine, famine caused by Saudi Arabia’s war in Yemen, and natural disasters such as floods in Pakistan.

“We face a plethora of disasters; a cataclysm of apocalyptic scenarios that all propose the denouement of a destructive way of inhabiting the Earth, or an anti-relational refusal of the (common) world, while relentlessly doubling down on the gendered, racial, colonial and environmental violence that has pushed these devastating patterns in the first place,” Loest and Stümer wrote.

According to the CAPAS researchers, the potential apocalypse-like conditions created by adverse events pose a central research question about “what it meant, means, and will mean to experience the end times.”

“The apocalypse as a way of thinking, writing and working together teaches us the limits and potentialities of the ‘world’, ‘worlds’ and ‘globalization’; raising questions about what it means to think with, against and beyond the end today,” Loest and Stümer wrote.

Read also : The nuclear fusion reactor reaches 100 million C for 30 seconds. Here’s what it means for the future

The inaugural volume of the apocalyptic includes a preface on “archeologies of the apocalypse”, six research articles exploring various aspects of this new field of study, a review of books such as Brian Greene Until the end of time: spirit, matter and the search for meaning in an evolving universe (2020) and Katie Mack The end of everything (astrophysically speaking) (2020), and a special lecture given by Slovenian philosopher Slavoj Zizek.

Entitled ‘From catastrophe to apocalypse… and back’, the Zizek conference in particular, it kicks off apocalypse and post-apocalypse studies, as it states that “multiple disasters” are currently “competing for primacy”.

In doing so, Zizek introduces a theoretical argument distinguishing disasters from apocalypses, citing examples from various philosophers to talk about the role of digitalization and social media in exacerbating certain apocalyptic conditions.

The six research articles and book review also break down other theoretical issues surrounding ideas about the “end” of the world, with parallels drawn between contemporary society, pop culture as well as the field of astronomy.

Read also : To ask or not to ask for help? How India and Pakistan have dealt with the issue – Bhuj in Sindh