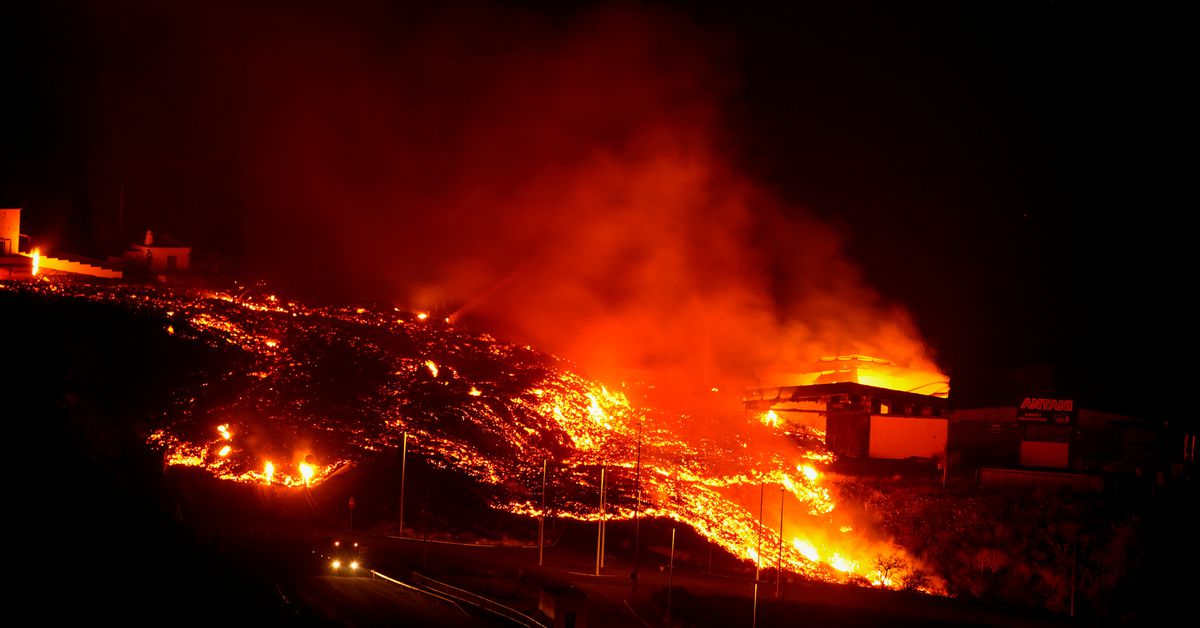 LA PALMA, Spain, October 9 (Reuters) – Buildings near the volcano on the Spanish island of La Palma were engulfed by rivers of lava early on Saturday, as the drama of the glowing eruption escalated with the spectacle of lightning.

“In the early morning, new flows caused more destruction of properties. Powerlessness and pain in the face of so much damage,” tweeted Anselmo Pestana, the representative of the Spanish government in the Canary Islands.

There were also a series of 37 seismic movements on Saturday, the largest measuring 4.1, the Spanish National Geological Institute said.

However, La Palma airport reopened on Saturday after having been closed since Thursday due to the ash, Spanish airline operator Aena (AENA.MC) said. All other airports in the Canary Islands are open. Read more

Since the Cumbre Vieja volcano erupted on September 19, it has destroyed nearly 1,150 buildings and swallowed up 480 hectares (1,190 acres) of land, the European Commission’s Copernicus emergency management service tweeted on Saturday.

About 6,000 people were evacuated from their homes in La Palma, which has a population of around 83,000.

Lightning was seen near the eruption early on Saturday. A study published in 2016 by the journal Geophysical Research Letters found that lightning can be produced during volcanic eruptions because the collision of ash particles creates an electrical charge.

Airlines serving the Canary Islands have been urged to load additional fuel in case planes have to change course or delay landing because of the ash, said a spokesperson from Enaire, who controls navigation in the Spanish airspace.