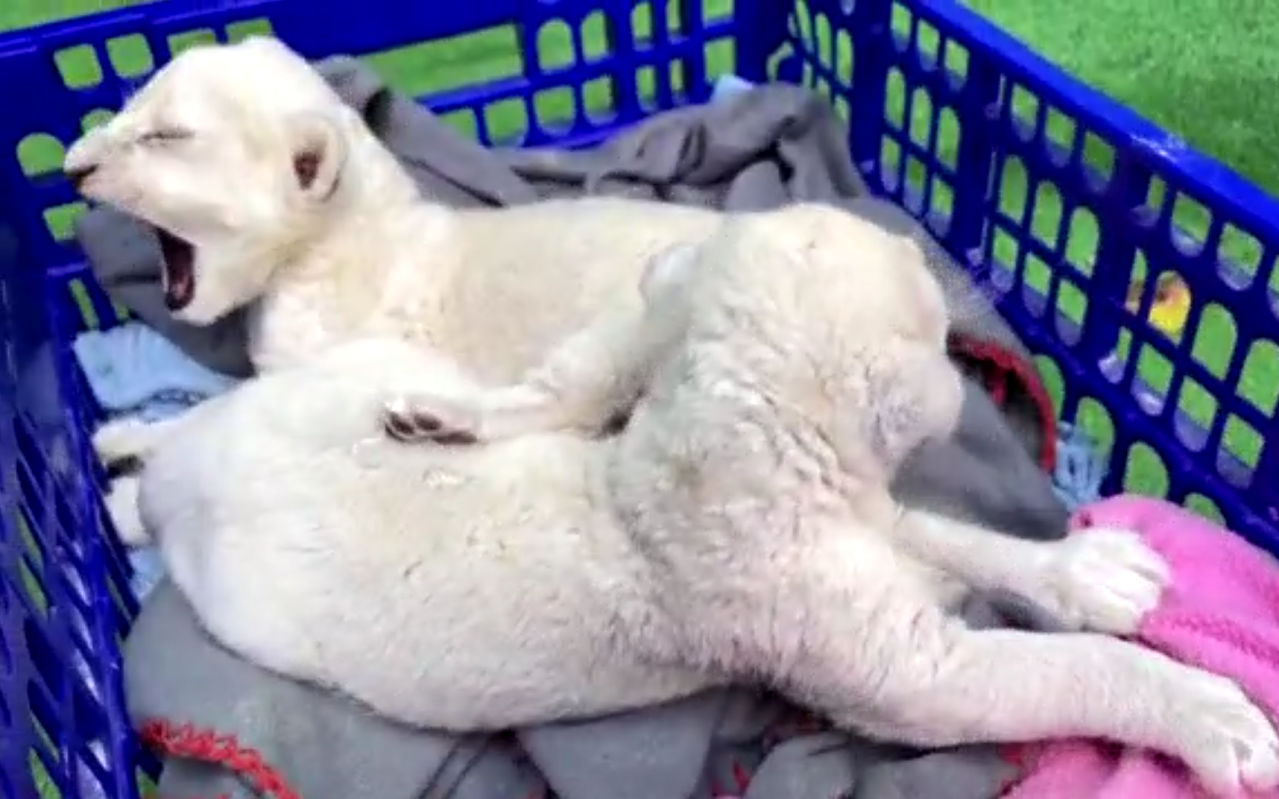 The two six-day-old male and female white lion cubs were transferred to a special room on Friday to monitor their feeding in Jimena de la Frontera, a mountain village in the Andalusian region.

“Their parents are common African lions, so we didn’t expect white lions to be born from them,” Elisabeth Rodriguez, events coordinator for the Little Africa animal reserve, told Reuters.

According to the Global White Lion Protection Trust, the animals are not albinos but “a genetic rarity” from the Greater Timbavati region in Krueger National Park in South Africa.

Check your attic: these old toys could be worth a lot of money

“For me, it was something spectacular, it’s not every day that you can have a white lion in your hands,” said biologist Fabiola Mesa.

White lions were removed from the wild and placed in captive breeding and hunting operations in the 1930s.

They are classified as Panthera Leo, which means they are not recognized by current scientific labeling as “different” and therefore are not protected by law, according to the organization.

This means that they can be hunted or marketed to extinction despite the fact that there are fewer than 13 white lions living in the wild in their natural habitat.

Interview with Nicola Sturgeon Vogue: a journalist purifies the air in “forbidden areas”