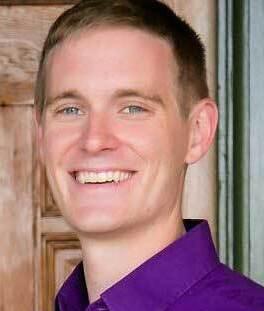 James fritz, Ph.D., assistant professor at Department of Philosophy in the College of Humanities and Sciences at Virginia Commonwealth University, was named one of two recipients of the Routledge, Taylor & Francis Awards 2021, which is awarded by the American Philosophical Society for the two best published articles in philosophy written by contingent professors.

â€œIt is a tremendous honor that my work has been selected by the American Philosophical Association for the Routledge, Taylor & Francis Award,â€ he said. â€œI am struck by a feeling of gratitude to the community which has supported both this project and my other research projects. I am grateful for the many conversations with talented philosophers who have helped me refine my thinking, for the encouragement and resources that have been offered to me by the College of Humanities and Sciences, for my fantastic colleagues in the Department of VCU’s philosophy, and above all, for the continued love and support of my family.

Fritz’s article, “Moral encroachment and reasons of the wrong kindÂ», Was published in the journal Philosophical Studies in October 2019.

â€œIn this article,â€ he says, â€œI make some recommendations on how to understand the connection between morality and rationality. The point of view I am defending sheds light both on very general questions about the nature of rationality and on concrete questions on what to believe in specific cases. For example, it helps shed light on precisely what is wrong when people form morally objectionable beliefs about others on the sole basis of their membership in social groups (as in cases of racial profiling).

Subscribe to VCU News on newsletter.vcu.edu and receive a selection of stories, videos, photos, news clips and event listings delivered to your inbox.