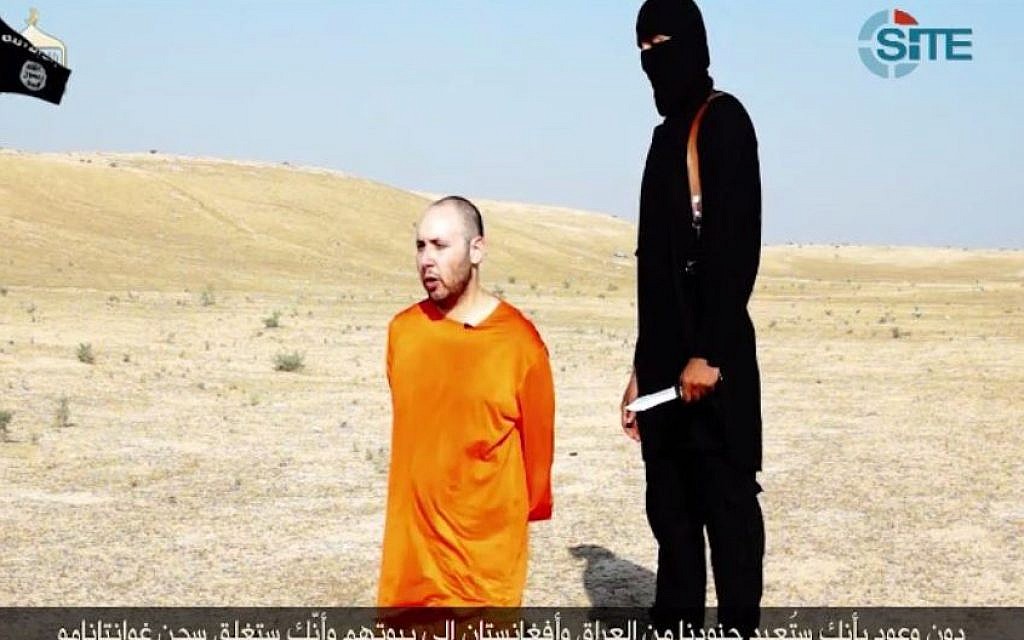 US accuses jihadist behind IS propaganda clips, including beheadings of journalists

A Canadian jihadist who fought for the Islamic State group and narrated videos of violent propaganda has been arrested by the United States and charged, the US Department of Justice said on Saturday.

Mohammed Khalifa, 38, born in Saudi Arabia, was captured in an exchange of fire in January 2019 by the mostly Kurdish Syrian forces allied with the United States.

He was handed over “recently” to US authorities and charged in Virginia with conspiracy to provide material support to ISIS which resulted in the death, a Justice Department statement said.

Khalifa left Canada in 2013 to join the ISIS group in Syria, and the following year he became a key member of its propaganda team due to his fluency in English and Arabic, according to the press release.

He is said to have served as the lead translator in the Islamic State’s propaganda production and as the English-speaking narrator on two violent recruitment videos.

By registering, you accept the conditions

This cell was behind videos showing the beheadings of foreigners including American journalists James Foley and Steven Sotloff, an Israeli-American who died in 2014.

Khalifa faces a life sentence in the United States. Canada also hopes to indict him, according to Canadian media.

Canadian ISIS fighter accused in the United States of supporting a terrorist group – Mohammed Khalifa, a Canadian citizen of Saudi origin who was a leading figure in the Islamic State of Iraq #cdnpoli #uspoli https://t.co/u04WXsIuS0

In an exchange of emails cited in the indictment, Khalifa defended the IS killings he was associated with.

â€œMohammed Khalifa not only fought for ISIS on the battlefield in Syria, but he was also the voice behind the violence,â€ Acting US Attorney Raj Parekh for the Eastern District of Virginia said, using an another acronym for the Islamic State group.

According to the indictment, Khalifa’s “main objective” was “to induce ISIS supporters to travel to areas controlled by ISIS to join ISIS or to carry out attacks. attacks in the West, including the United States “.

The jihadist group, classified as a terrorist organization by the American authorities, is responsible for a wave of deadly attacks in Western countries.

Its emergence prompted the intervention of an international military coalition led by the United States, which succeeded in defeating the self-proclaimed “caliphate”, although ISIS is still present in many more countries, especially in Africa and in Asia, and continues to pose a threat, according to American and European intelligence services.

In a 2019 interview with Canada’s CBC from his Syrian prison, Khalifa showed no regret for his actions. He said he wanted to return to Canada with his wife and their three children, but on condition that he would not be tried there.

In this May 27, 2011 file photo, American journalist James Foley, of Rochester, NH, poses for a photo in Boston. (AP / Steven Senne)

“Through his allegedly prominent role in translating, narrating and promoting ISIS’s online propaganda, Khalifa has promoted the terrorist group, stepped up its recruitment efforts around the world, and broadened the reach of ISIS. videos that glorified the gruesome killings and indiscriminate cruelty of ISIS, â€Parekh said.

This is the first known indictment of a foreign ISIS fighter in America since US President Joe Biden took power in January.

Alexanda Kotey and El Shafee Elsheikh, two members of the notorious ISIS kidnapping cell dubbed the “Beatles”, are currently in the hands of US authorities after being transferred from Iraq to the United States nearly ‘a year.

The couple are accused of being involved in the murders of Foley and Sotloff, as well as those of aid workers Peter Kassig and Kayla Mueller.

Kotey, a former British national who was stripped of his citizenship, pleaded guilty in early September to charges of conspiracy to assassinate the four US hostages.

Are you serious. We appreciate this!

We are really glad you read X Times of Israel Articles in the past month.

That’s why we come to work every day – to provide discerning readers like you with must-see coverage of Israel and the Jewish world.

So now we have a request. Unlike other media, we have not set up a paywall. But since the journalism we do is expensive, we invite readers for whom The Times of Israel has become important to help support our work by joining The Times of Israel community.

For as little as $ 6 per month, you can help support our quality journalism while benefiting from The Times of Israel WITHOUT ADVERTISING, as well as access to exclusive content reserved for members of the Times of Israel community.