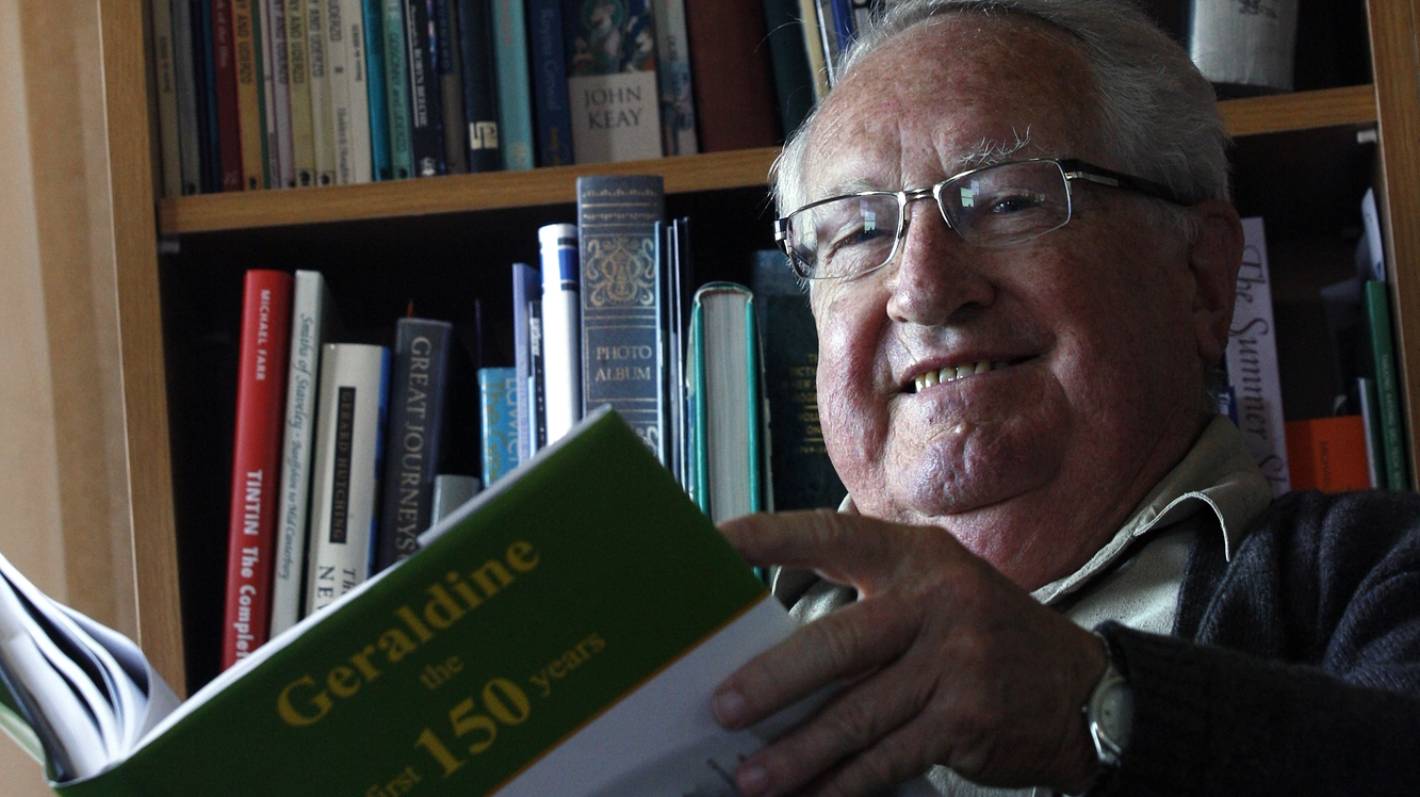 John Button is remembered as a great father, author, teacher and good friend.

Button died on September 17 at the South Canterbury Hospice at the age of 90, with one of his three sons by his side.

His eldest son, Owen Button, said his father takes all the teenage antics in his stride.

READ MORE:
* South Canterbury Museum social media request awarded
* The director of the South Canterbury museum looks back on 30 years
* Timaruvians get ready to don your “grooviest yarns” for a 70s celebration

Owen remembers being bundled up with his brothers in the pride and joy of John, a Citroen, and traveling the country for the holidays.

â€œWe would stay with friends and a weird motel.â€

” I’ll miss him. He was someone you could turn to in case of problems, and he had a rational approach, â€said Owen.

John grew up with two younger sisters and one of them, Jan Sawers, remembers that they were a â€œpretty nice groupâ€.

â€œOurs was a house that loved cricket a lot, and one game the kids played was ‘hallway cricket’, with all the doors open on the fly,â€ she said.

â€œThe pitcher in the open front door, the batsman in the bathroom door and the two outfielders positioned in the other two doors. John designed our own scoring system. ”

Sawers said she was always welcome to go fishing at Timaru’s wharf because John hated to kill fish.

â€œWe once caught a ‘star watcher’ fish that we brought home and put in the laundry tub. My mother put up with this for several days before having us take the fish back to the sea, so that she could do the family laundry again.

She remembers when John was around 11 or 12 years old, he was given boxing gloves for his birthday. Because he was not allowed to hit his sisters, he instead tied them to the girls’ hands and proceeded to the arbitration.

John hated history as a student at Timaru Boys High School, although he returned there to teach English and French, Owen said.

After graduating as a high school teacher, he worked in a school in Wairoa and then spent a year in France.

While in France, he spent a six hour train trip awkwardly chatting in French with another traveler only to find at the end of the trip that the foreigner was English and that they could have conversed much more comfortably. if they had known it sooner, Owen said. .

On his return, he returned to teach in Wairoa and then in Invercargill where he met his future wife, the late Margaret. In 1965, the couple moved to John’s hometown of Timaru.

It wasn’t until his return to New Zealand in the early 1990s from Singapore after five years, where he wrote ESL textbooks, that he was approached to write his first story.

This was the start of many books on such topics as Lyalldale, Southburn, The Mackenzie A and P Show, Geraldine, St Mary’s Church in Timaru, and the Caroline Bay Carnival.

â€œHe was always busy and mentally sharp and wrote until the early ’80s,â€ Owen said.

Howe said the writer has been a frequent user of the museum’s documentary history collections. He said the museum library held copies of 13 publications that John researched and wrote.

A longtime friend and retired former professor of geography and mathematics, Bruce Leadley attended the University of Canterbury at the same time as John in 1949, but their paths did not cross until they all worked. both at TBHS in the 1960s.

Their families socialized and along with the other teachers, they â€œhad some interesting opportunitiesâ€ to taste John’s homemade wine.

â€œJohn was a blacksmith, with a sense of humor and a very good knowledge of languages. His own handwriting detail shone. He was a very good teacher and he knew how to touch the students with his talent.

Since the retreat, the men lived close to each other and continued their friendship.

“I will miss our discussions,” Leadley said.

Her funeral will be at Betts Funeral Services at 1:00 p.m. on Thursday.