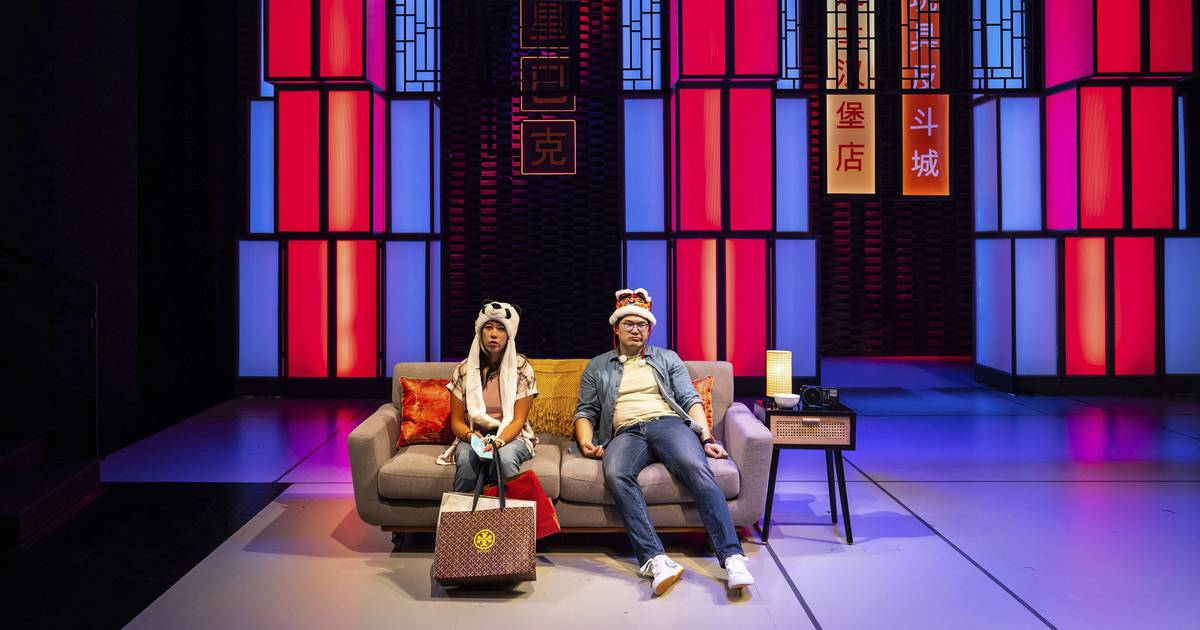 “Tiger style!” at the Writers Theater may seem overplayed

The main autumn offering at the Writers Theater in Glencoe, “Tiger Style!” by Mike Lew! is a heartfelt, juvenile and over the top farce, directed by Brian Balcom, about a pair of highly successful third-generation Chinese American siblings who do not find themselves fully at home in the United States, where they are subjected to a barrage of stereotypes, or China, where the ruling Communist Party is not only comically disconcerting, but intimidating and totalitarian.

Essentially, it’s a piece of identity caught in between, exploring a familiar theme that’s particularly popular among young writers. Most immigrants feel some version of what Albert (Christopher Thomas Pow) and Jennifer Chen (Aurora Adachi-Winter) are going through, finding themselves mired in a zone of misunderstanding, struggling with the perception of them at home and feeling even more uncomfortable in the land of their ancestral birth, especially when that land claims a hold over them that it has no right to exercise. As this piece clearly shows, this sense of dislocation can span generations.

Lew is a smart, funny writer whose best work is yet to come, and while this play follows a standard ideological and dramaturgical map, I’ve seen it perform reasonably well in front of younger, diverse audiences. But it didn’t land at the Writers Theater on Friday night.

Part of the problem was that Glencoe’s generally older audience simply didn’t seem to be in tune with the broad outlines of the play; by the time you reach middle age, worries of identity tend to be replaced by worries of mortality and loss, and by the search for meaning and explanations of the universal human condition. By then you realized that the family pressure to achieve, which is a big part of the comic action here, is ultimately overshadowed by the need for good health and strong friendships. And, of course, the specificity of the intergenerational comedy is aimed at Asian Americans, of which they were very little present.

That said, it’s an audience willing to appreciate lives other than their own, I’ve found over the years. So the biggest issue here was that the show was just extremely overacted. And it’s an absolute rule of comedy that you have to keep at least your big toe in the world of truth.

Not so much here; instead of trusting the comedy in the script, some of the actors seemed to be screaming and screaming with every line, perhaps looking for an exciting but not healthy pace for the play’s emotional subtext or the actual comedy who is there. The staging is certainly lively and, at times, even amusing. But except for a few moments of Pow, which digs deep into the premises, nothing ever feels real or truly felt.

These are artists I’ve seen do great work in the past (the cast also includes Rammel Chan, Garrett Lutz, and Deanna Myers). But without some sort of honest dock to hold onto, the zany comedy flattens out and starts to look more and more of the same. And the satirical bite dulls.

It was a weird fall lineup for writers and a bit challenging, overall.

Chris Jones is a reviewer for the Tribune.

The backstory: the journalism festival