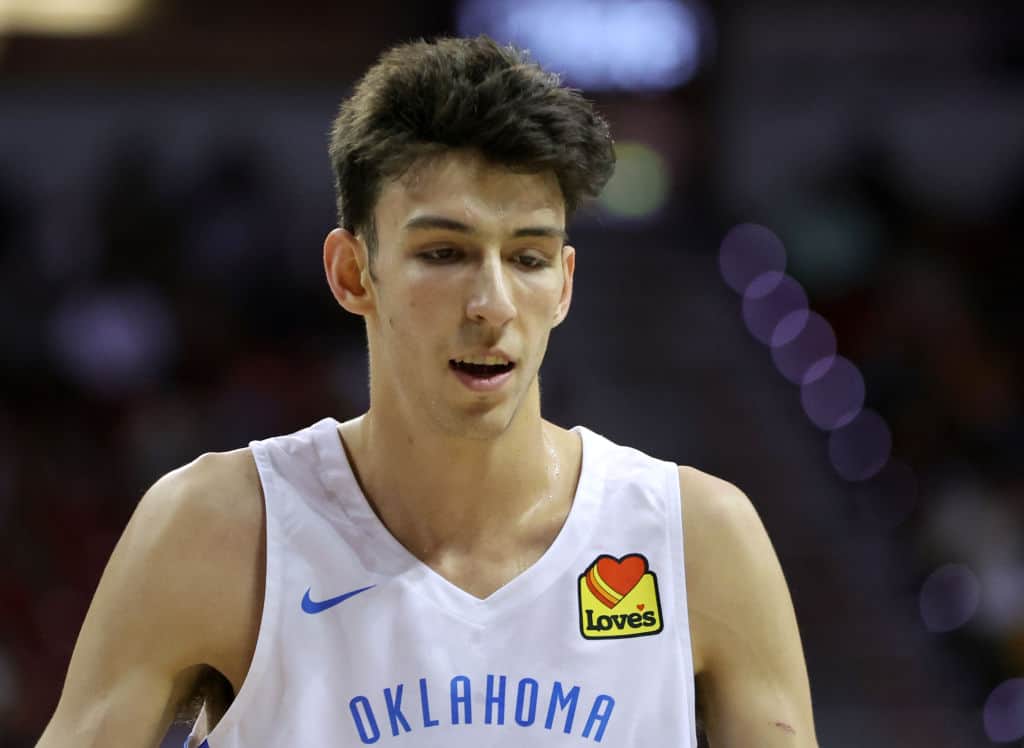 Ever since he was taken in the NBA Draft last month, Oklahoma City Thunder fans have been very excited about Chet Holmgren.

He’s tall, he’s young, he’s also capable of shooting – what more could a beginner ask for?

All eyes were on him when he entered the NBA Summer League.

Sure enough, the guy did pretty well on the floor and had some explosive games.

“What is he going to do when he has to keep Embiid & Jokic?” is a funny way to assess Chet Holmgren.

It’s like saying “What’s Marcus Smart going to do when he has to babysit Curry & Dame?”

Probably marked. A lot. Like everyone. But OKC has to face 27 other teams.

But there are people who downplayed his success in the Summer League, saying he was only doing so well because he was playing against a group of players who weren’t in the league.

They said his talents and production would come down to earth tremendously once he played a regular season game against established superstars.

Brandon Rahbar thinks this reasoning is not very fair.

On Twitter, Rahbar said that, yes, Holmgren will likely be marked on a lot when he plays against some of the biggest names in the game, such as Joel Embiid and Nikola Jokic.

That’s not a bad point, is it?

There is no doubt that playing the regular season will be more difficult than the Summer League.

Holmgren will have more challenges and will have to adapt to face the All-Stars and the champions.

But that doesn’t mean the Thunder still won’t find success.

Yes, some people will be much tougher than others, but there’s still a path for OKC to have a promising season – one that’s much better than the last.

Holmgren may not be the best player in the league in his first season, but he could still have some serious success.