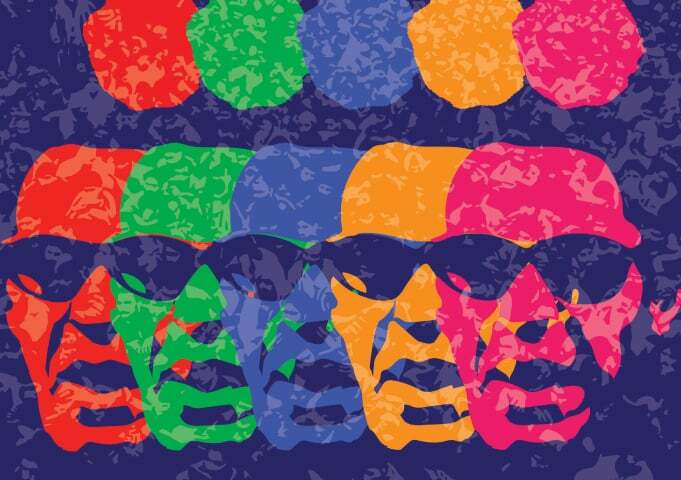 Populism is a way of formulating political ideas that can be filled with a multitude of ideologies (C. Mudde in Current History, 2014). These ideologies can come from the left or from the right. Populism in itself is not a separate ideology. It is a performative political style.

No matter where it comes from, it manifests itself through a particular set of animated gestures, images, tones and symbols (B. Moffitt, The Global Rise of Populism, 2016). At its core is a narrative containing two main “villains”: the “elites” and “the other”. The elites are portrayed as corrupt. And the ‘other’ is demonized as a threat to the beliefs and values ​​of the ‘majority’.

Populists begin by glorifying “besieged” politics as noble. They then begin to frame political civilization as “sacred”. Therefore, the mission to eradicate threats, in this context, becomes a sacred cause. Far-right parties in Europe want to protect Europe’s Christian identity from Muslim intruders. They see Muslim immigration to European countries as an invasion.

Yet these far-right groups are largely secular. They do not propose the creation of a Christian theocracy. Instead, they understand modern European civilization as the result of its illustrious Christian past. They present the Muslim immigrant as the “other” from an inferior civilization. Thus, according to far-right populists in Europe, the Muslim other—tolerated and facilitated by a political elite—begins to undermine the Christian values ​​that helped European civilizations become “great.”

Populists are great pirates of ideas, flying left and right. They have nothing original or profound about them. Take, for example, the recently ousted Pakistani Prime Minister Imran Khan.

Ironically, most far-right outfits in Europe that espouse such notions are largely critical of mainstream Christian institutions. They consider them to be too conservative towards modern European values. Far-right outfits are not overtly religious at all – even as their fiery populist rhetoric presents their cause as a sacred endeavor to protect Christianity’s civilizational role in shaping European societies.

Thus, European far-right populists adopt Christianity not as a theocratico-political doctrine, but as an identity marker to differentiate themselves from Muslims (Saving The People, ed. O. Roy, 2016). It is therefore naïve to understand issues such as Islamophobia as a showdown between Christianity and Islam. Nor is it a clash between modernity and anti-modernity as such.

The actions of some Islamist extremists and the way they have been framed by the popular media have made Muslim migrants in the West a community that could easily be transformed into an “other” feared by populists. If Muslim migrants are taken out of the equation, the central narrative of far-right populists will lose its sizzle.

In this regard, Muslims have also become the “other” in India. Hindu nationalism challenges the old “secular” political elite by claiming that this elite served Muslim interests to maintain its political hegemony, and that it suppressed the values, beliefs and memories of a Hindu civilization that flourished before to be invaded and dismantled by Muslim invaders.

Here, too, populist Hindu nationalists are not necessarily devout and pious. And when they are, then actions in this regard are largely performative rather than doctrinal. This is why, today, a harmless Hindu ritual and the act of emotionally or physically assaulting a Muslim can have similar performative connotations. For example, a mob of militant Hindu nationalists attacking a Muslim may be seen by the attackers as a sacred ritual.

This is the case in Pakistan. Researcher Muhammad Amir Rana conducted several interviews with young Islamist militants arrested and placed in rehabilitation programs. Almost all were told by their “handlers” that self-sacrifice was a way to create an Islamic state/caliphate that would eradicate poverty, corruption and immorality, and bring justice. This idea has been programmed into them to create a ‘me’ in relation to an opposite or ‘the other’. The others in this regard were heretics and infidels who conspired to destroy Islam.

When an Islamist suicide bomber blows himself up in public, or when extremists desecrate Ahmadiyya graves, or a mob attacks a suspected blasphemer, each of them believes they are undertaking a sacred ritual that is not so different from harmless rituals . But Islamist militants are not populists. They have dogmatic doctrines or are deeply indoctrinated.

Not so, populists. Populists are great pirates of ideas. They have nothing original or profound about them. Everything stays on the surface. Take, for example, the recently ousted Pakistani Prime Minister Imran Khan. He shamelessly steals ideas from left and right. His base core, which is not so sensitive to history, perceives these ideas as entirely new. Everything he says or claims to have done becomes “for the first time in the history of Pakistan”.

But as a populist, it was not enough for Khan to portray his “struggle” (against “corrupt elites”) as a noble cause. It had to manifest itself as a sacred conviction. Thus, from 2014, he increasingly began to interweave his speeches with allusions to him fighting for justice and morality by following a path traced by the sacred texts and personalities of Islam. He then began to explain this enterprise as a “jihad”.

These were/are pure populist maneuvers and entirely performative. Once the cause was transformed into “jihad”, it required not only a rhetoric taken from Islamist evangelists and placed in the context of a “political struggle”, but it also required an accomplished piety – wearing the rosary, being constantly photographed in saying the obligatory Muslim Prayers, kissing famous preachers, etc.

And since “jihad” in the popular imagination is often perceived as something aggressive and manly, Khan presents himself as an outspoken and fearless savior not only of the Pakistani people, but also of the “ummah”.

However, by all accounts, he is not very religious. He is not secular either. But that’s how populists are. They are basically nothing. They are great performers who can attract the devotion of large numbers of people – especially those struggling to forge a political identity. There are no shortcuts for this. But the populists provide them with shortcuts.

Khan is a curious mix of Islamist and brawler. But those two attributes reside mostly on the surface and in his rhetoric. The only goal that can be said to linger beneath the surface is an inexhaustible ambition to be constantly admired and, of course, to rule as a North Korean prime minister does. Evoking much adulation, but no opposition.

New words for a changing land