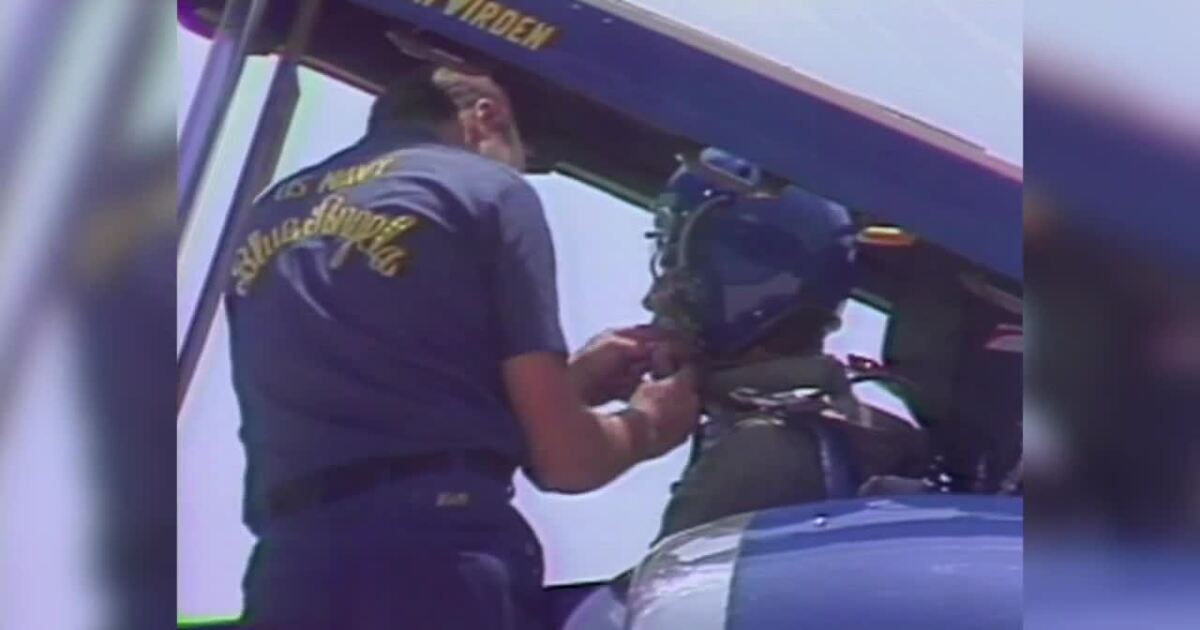 INDIANAPOLIS — Clyde Lee worked as a reporter at WRTV for a quarter of a century. During this time, Lee became known for his health and medical reporting, but one area of ​​interest that many viewers may not have known about was Lee’s passion for aviation.

“As far back as I can remember, I was fascinated by flight,” Lee said. “I always wanted to do this for a living. I wanted the military to teach me how to fly.”

But it was Lee’s father who told him that his dream would never come true.

“I was thrown a big adjustable wrench, which my dad told me I was going to get, but I didn’t want to believe it. I’m colorblind.”

Eventually, Lee pursued a career in journalism and hit town at WRTV in 1976. He also earned his pilot’s license, doing weekends in Muncie for breakfast with his daughter.

While Lee’s dream of flying with the military died out and never took off, he was able to tell the stories of many central Indiana navigators.

“Even though I couldn’t fly for the military, it gave me a great feeling of being part of American aviation history,” Lee said. “Guys who fly in the military, I respect them so much.”

One of Lee’s fondest memories is of a story he did about the Blue Angels. In flight, the pilot asked Lee if he was a pilot.

“He [the pilot] said, “You got it,” Lee recalled. “He says, ‘You’re flying the plane. He said you could do whatever you wanted.”

Everything even included barrel rolls.

Lee’s flight lasted about 20 minutes before touching down.

“Once we got back to where we took off, the canopy came up and I started crying because I should have done that,” Lee said. “It brings me to tears now because it was such an amazing thing that I had to do.”

1983: Clyde Lee flies away with the Blue Angels

But for Lee, it wouldn’t change anything.

“If I had known then what I know now, I probably would have regretted not being in the news business, because of the people you work with number one,” Lee said. “The stories you can do, the access you have, we all have it, you know other people don’t. It’s a fantastic thing.”