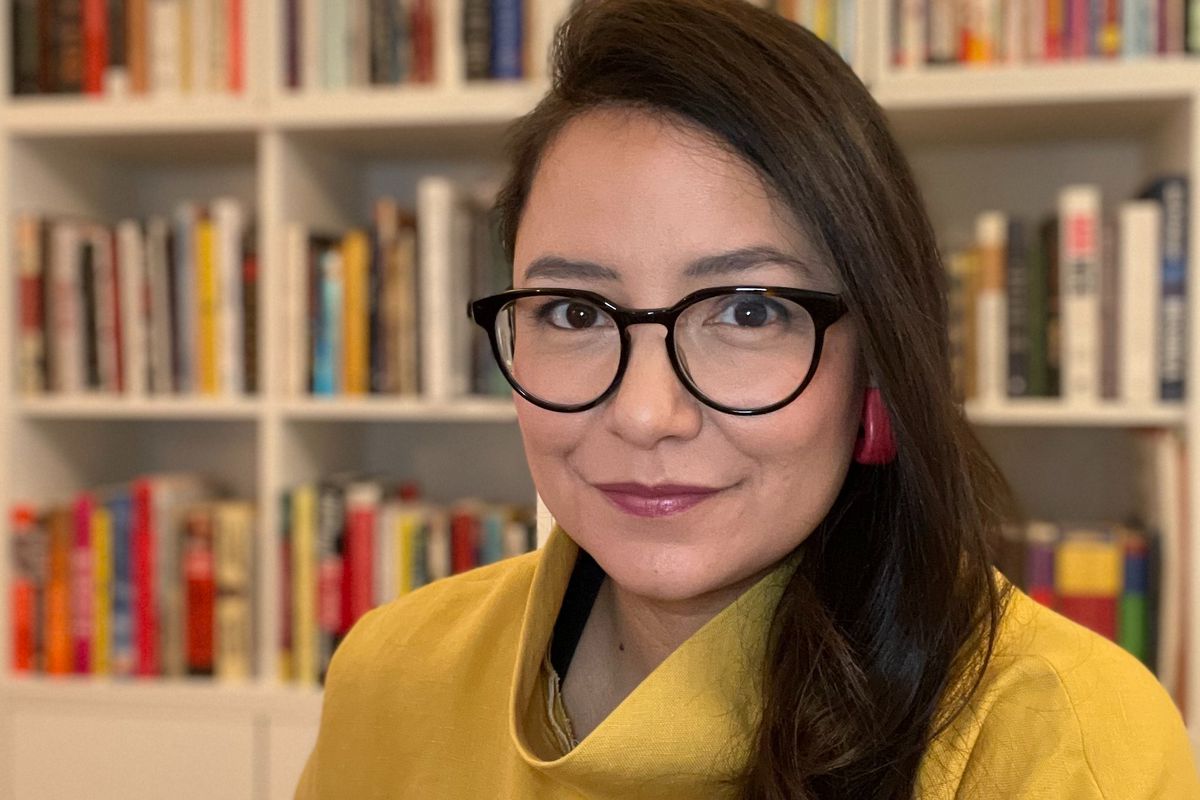 Connie Walker was hanging out in her garden, making a fire with a few others, when she checked Facebook and saw a long post from her brother. It was May 2021, shortly after revelations of unmarked graves found at the site of the former Kamloops Indian Residential School and people were sharing their stories on social media. From his brother’s post, Walker learned his own story.

Their father, Howard Cameron, was an RCMP officer in Saskatchewan. Working one night in the late 1970s, he stopped a car that was driving erratically. When he approached and saw who was inside, he dragged the man out of the car and beat him. He recognized the man, the message explains: He was the priest who abused him as a child at St. Michael’s Indian Residential School in Duck Lake.

“I immediately felt sick,” Walker, who had no knowledge of any of this, told The Globe and Mail in a recent interview. Stunned, she took a few days and then called her brother, who was much closer to their father. This conversation was the first of a long series: a personal journey Walker takes in the second season of the podcast she produces for Gimlet Media.

This story “changed the way I think about my life,” says Walker in Stolen: Survive St. Michael’s. Season two of Fly premiered last week with two episodes where Walker, who is Cree from the Okanese First Nation in Saskatchewan, begins to learn the truth about her father.

Howard Cameron, who was 58 when he died in 2013 – lung cancer – was originally from the Beardy’s and Okemasis First Nations reserve near Duck Lake. He was six years old when he was sent to St. Michael’s. There he was sexually abused.

As a parent, he was largely absent. He was also angry, violent, says Walker. Her parents separated when she was seven years old.

“This school has had such an impact on my life and my family. And I just learned that now,” Walker, 43, says on a Zoom call from New York. “It’s wrong…the fact that we’re in 2022 and we’re just learning the truth about what happened at St. Michael’s.”

The pain of learning these horrific details about her father, coupled with not having known it while he was alive, drove her to seek. “I felt like the only way to get through this was to shed some light on it. Alright, what don’t I know? ” she says. “I don’t know where he went to boarding school. I don’t know how long he’s been gone. I don’t know what happened to him. I don’t know who this priest is.

For the series, the team – which includes two other Indigenous journalists, Betty Ann Adam and Chantelle Bellrichard – spoke with nearly 30 survivors of St. Michael’s, many of whom were contemporaries of Cameron. It becomes a detective story: not only in search of the truth about what happened to him and the other children, but in search of those responsible.

As the series continues – episodes release on Tuesdays – the stories come to life and the track heats up. It is revealing, captivating. Walker delivers it all with such openness, even when devastating details emerge – such as when his aunt tells him that starving children at St. Michael’s were sometimes fed leftovers: apple peels and bread crumbs tossed on the floor; the kids have to pick them up. “Nope!” Walker reacts the moment she hears this.

A former CBC reporter, Walker has long reported on Indigenous issues, including the findings of the Truth and Reconciliation Commission, the ongoing tragedy of missing and murdered Indigenous women and girls, and the Sixties Scoop – explored in depth on his CBC podcast in 2018. Disappeared and Murdered: Finding Cleo. Set in 2021, Stolen’s first season investigated the disappearance of a young Indigenous mother.

Walker, who lives in Toronto, uses trauma-informed reporting, approaching his interview subjects with extreme sensitivity. She doesn’t want to hurt her questions. But the reports for Surviving Saint-Michel took this practice to another level. “The weight of that feels 10 times heavier when it comes to your own family and their stories and experiences,” she says.

At the same time, it allowed him to posthumously repair his relationship with his father, understanding him better. “Learning about his experience at that boarding school really changed the way I think about our relationship and…what he had to go through as a kid when he was violent and abusive,” she says. “These are the things that have loomed large in my mind for most of my life.”

It has also been frustrating, especially getting information on who exactly did the abuse at this school. As Walker points out, this information was previously gathered as part of the residential school settlement process — but her team was unable to access it.

“How can we talk about reconciliation until we know the truth about what happened in the schools? says Walker, who was nonetheless able to track down information through research. “It’s shocking, it’s infuriating, it’s heartbreaking that this has only been discovered now.”

“That’s where we burn all the little children, the little babies that are born; who were thrown in the incinerator and they were burned there,” one survivor recalled another student telling him shortly after arriving.

McCue, who is Anishinaabe, follows the stories of four children who were sent there. Three survived. One didn’t.

Register for The Globe Arts & Lifestyle Newsletters for more news, features and advice delivered to your inbox.