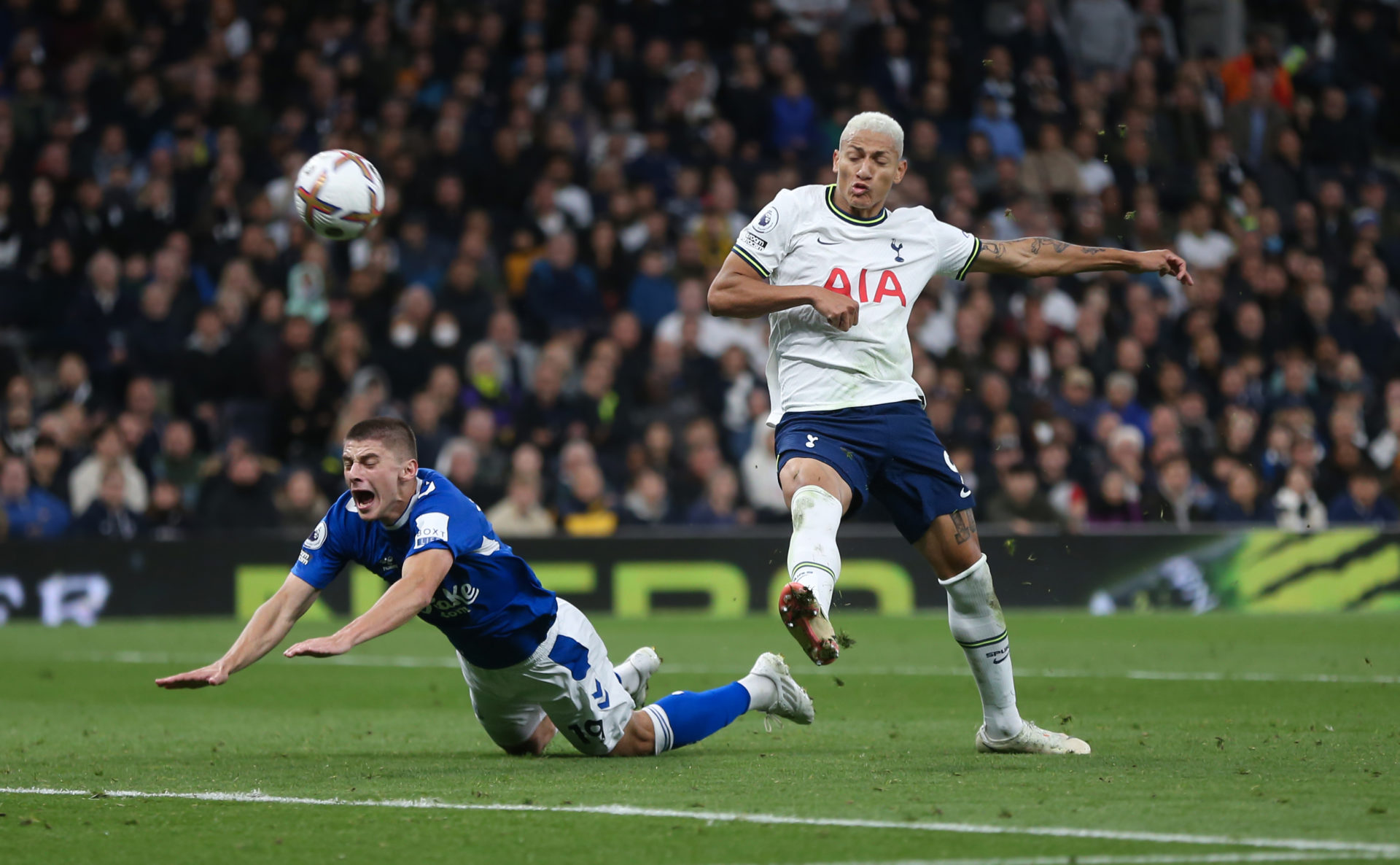 Speaking on his YouTube channel, Alasdair Gold discussed some of his observations from the Tottenham press box over the weekend.

The reporter was watching, as always, everything Spurs do before, during and after the game during his coverage, and he noticed something interesting about Richarlison.

The Brazilian, of course, has been injured for some time and absent from the Spurs squad, but Gold noticed the striker looked like he’s been doing some fitness over the weekend.

Indeed, Gold noted that Richarlison was dressed in sportswear while watching the warm-up from the touchlines, hinting that he was in the private gym at Spurs’ stadium that day.

Gold shared his observation on the Brazilian.

“Richardlison seems to be pretty close. Richarlison was on the sidelines before the game as a warm-up kit, but with socks and trainers. It looked like he had done something. The players have a gym in the stadium where they will do warm-ups, so if he went there and then comes out to watch the warm-up. In previous games he was there with a hoodie and a big jacket, but it looked like he was doing some fitness work,” Gold said.

While it’s a boost for Spurs to have another attacking option available to them this weekend against Leeds, Richarlison shouldn’t be risked for this game.

The striker has the biggest month of his career ahead as he heads into the World Cup, and the last thing he needs is to be sent off from injury and risk tweaking something before to go to Qatar.

The team always comes first, of course, but in this situation Richarlison needs to take it easy and make sure he’s ready for Brazil’s World Cup campaign.

In other news, ‘He has to’: Andy Townsend slams £45m Arsenal player vs Chelsea