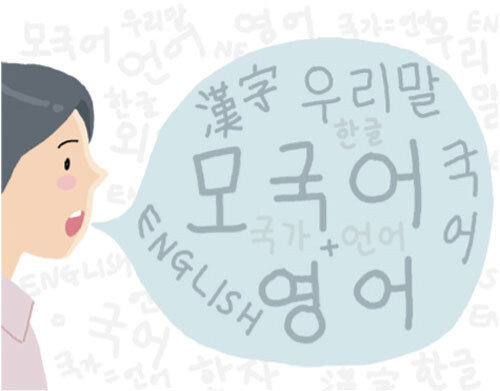 “We don’t live in a country; we inhabit a language ”, says a priest in“ Confessions ”by the Catalan novelist Jaume Cabré. What does it mean? Catalonia, famous for FC Barcelona, ​​is part of Spain but has a different culture and language. Francisco Franco’s dictatorship, however, banned the use of the Catalan language and forced Catalans to use Castilian, punishing those who violate the ban. The Catalan language was what all Catalans had to depend on. This is the meaning of “We inhabit a language”. The Catalans have not declared their independence from Spain.

We Koreans have a similar past. For our ancestors, the Korean language was their country during the Japanese occupation. Therefore, preserving a language meant protecting a country. This is why our ancestors did their best to preserve the Korean language. Even when they wandered abroad, they wore Hangul in Korean, or their country. As the French philosopher Jacques Derrida said, the mother tongue was a kind of “mobile home”.

Unfortunately, the Korean language is being destroyed. We usually use English. Some even think that the use of certain words in English sounds elegant. Not surprisingly, this is how we treated the Korean language. Created at the beginning of the 15th century, Hangul was called Eonmun, meaning vulgar characters, and Amgeul, meaning it was reserved for women. The yangban, who were of noble birth, insisted on using Chinese characters and thought in Chinese characters. They lived like this for 500 years. Now English has replaced Chinese characters. We too easily forget our history, where we lost our country and lived in our language. Think about the tragic history of the Catalans, who have yet to be separated from Spain, inhabiting a language instead of a country. We need to think seriously about why Jaume Cabré writes novels in the Catalan language rather than in Spanish. A mother tongue that comes out of the heart is a country. But this mother tongue is being destroyed, very seriously.