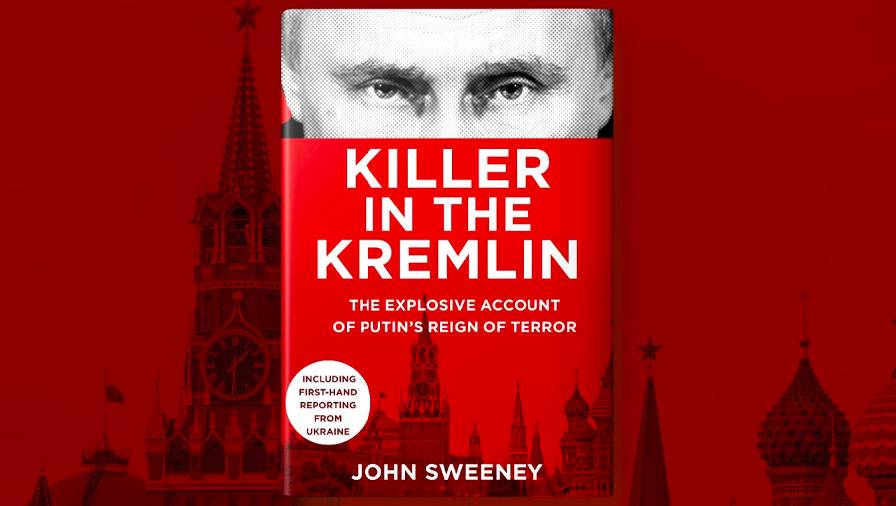 The gonzo journalist and the elusive dictator

Journalists usually see both sides of a story. An exception is made for television news reporters and documentary filmmakers. In their world, a story is true or false.

British journalist and author John Sweeney is a master of the genre. At 64, he is now a freelancer, limited to Twitter, podcasts, as well as small print, radio and web media. He operates, Gonzo style, with what he calls a camera phone.

Lately, he has traveled to Ukraine, dodging Russian rockets while recording his exploits. He’s been there since February, just as he’s been in every global conflict and flashpoint for the past 40 years.

In May, he took a break in Britain, using the downtime to drop another book. His work rate is terrific.

Since 2010, he has written a biography of Europe’s last dictator, Alexander Lukashenko of Belarus; a presentation on Scientology; an account of an undercover trip to North Korea; and an investigation into the death of Maltese journalist Daphne Caruana Galizia. A book on Ghislaine Maxwell is expected in November.

During the same decade, Sweeney wrote four novels, some based on his experiences in war zones and revolutions in some 60 countries, including Algeria, Bosnia, Burundi, Chechnya, Iraq and Zimbabwe.

He worked for a dozen years at London’s Sunday broadsheet The Observerbefore a similar stint on the BBC, reporting for Panorama and Newsnight. His association with the BBC, which ended in 2019, was marked by several controversial episodes, due to his techniques often going beyond what is acceptable in mainstream media.

“The way I liked to work Panorama was to push everything to the limit, so that when the bosses backed off, adding cold milk like they always did, the viewing audience still got something with a bit of flavor,” he explains.

As a result, Sweeney has won numerous awards and accolades for his work, such as on the sudden deaths after three women were charged with murdering their babies; crooks like the “false sheikh” Mazher Mahmood, crooked businessmen; and, most famously, murderous dictators. 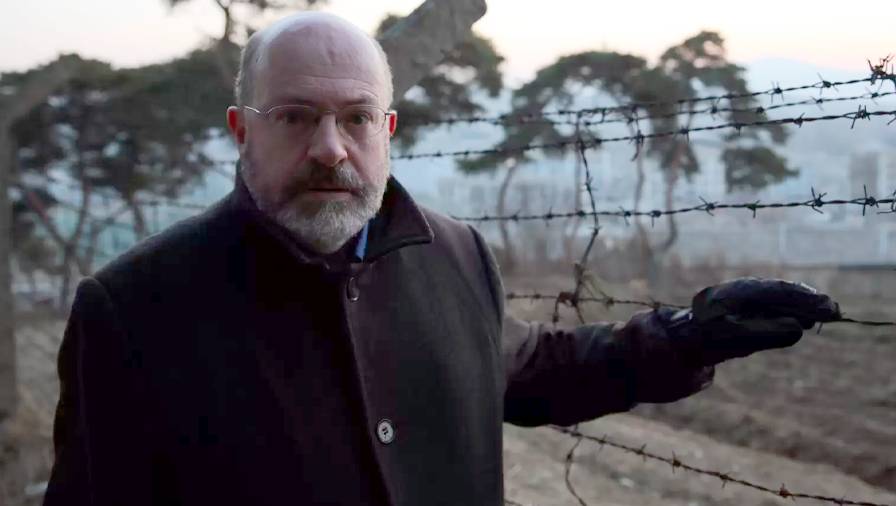 John Sweeney at the North Korean border, where he posed as an academic.

He pretended to be an academic from the London School of Economics to visit North Korea. He was accused of endangering the group of traveling students who accompanied him and of jeopardizing the LSE’s future ability to pursue studies in other hostile countries.

This program attracted five million viewers in Britain, but had no impact on North Korea. Sweeney had more success challenging another authoritarian, Vladimir Putin, the target of his latest book, The killer in the Kremlin. The title is typical of Sweeney’s style: full of allegations, mostly because they cannot be refuted, and written in a combination of bombast and bravado.

Sentences start like this: “The clock struck 1 p.m. when I flipped…” or “I start shunting into my camera phone when a guy looks tough…” and “I chewed the grease with…”

No one expects a calm, academic analysis from a war correspondent, but his language prevents him from putting this book alongside more serious studies of Putin. Sweeney knows them well and cites them extensively, as he did for his knowledge in North Korea undercover (2013). 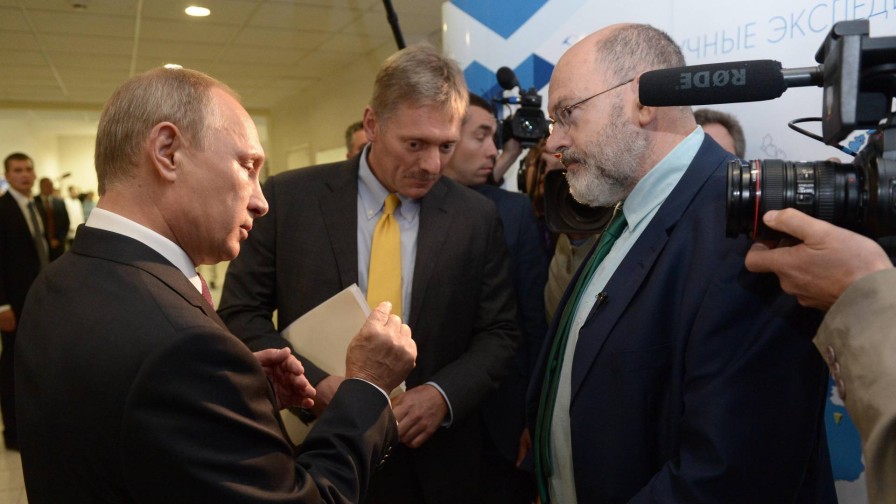 John Sweeney clashes with Vladimir Putin on the doorstep of Sochi.

But these authors didn’t “walk the door” to Putin accusing him of being a murderer, as Sweeney did in Sochi, site of the 2014 Winter Olympics. flew without a media pass and Putin’s aides failed to realize the well-dressed bearded man. gentleman at one reception was not a local.

The confrontation was filmed, with Putin having to explain the deaths in Ukraine after the downing of Malaysian Airlines flight MH17.

Sweeney has pursued Putin relentlessly since the second Chechen war in 2000, drawing up the long list of victims of Russia’s vast network of intelligence agencies and secret police. This war on civilians was the first to use “vacuum” bombs, torture and “white flag” attacks on refugees, and was repeated in Syria and again in Ukraine.

Other examples that Sweeney blames on the Kremlin are the ‘black ops’ that sparked Moscow apartment bombings in 1999 and killed hundreds in the 2002 Moscow theater siege and shooting from the Beslan school in 2004. All were blamed on Chechen terrorists despite most of the evidence. the victims came from the actions of the authorities. 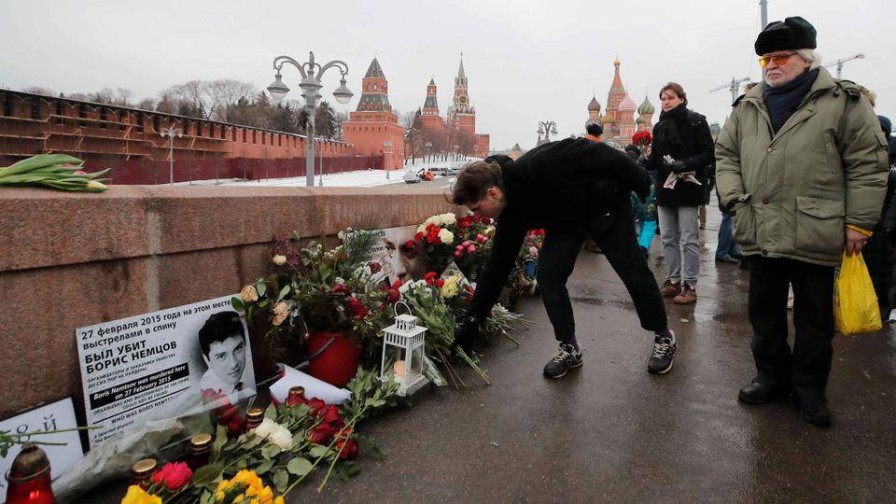 The bridge near the Kremlin where Boris Nemtsov was shot.

Then there is the roll call of individuals who have violated the Kremlin, including defecting journalists, political opponents or security guards. Poisoning was the preferred method, but at least one, ‘opposition’ leader Boris Nemtsov, was shot and killed near the Kremlin in 2015.

Sweeney’s evidence of Kremlin involvement is that no place in Russia is more closely guarded or monitored, but no video exists. Suspects can be arrested, but these are easily tracked down in a police state. No one has been charged in Nemtsov’s death.

The modus operandi in all these events is all too familiar and well known from the books of Masha Gessen, Catherine Belton and Luke Harding, whose ghost staterevised in January, is a litany of Kremlin perfidy that differs only in minor details from Sweeney’s. 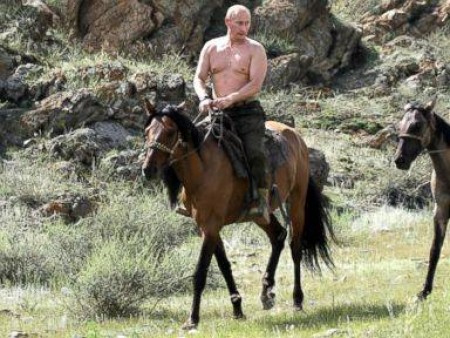 President Putin is said to be using steroids after falling off a horse.

Occasionally, Sweeney breaks his narrative to explain the nature of Putin’s wickedness and why he would invade Ukraine, even if it meant rallying the Western world against him after he gave him the benefit of the doubt.

On one page, he “is an incompetent military man…a weak authoritarian personality, because he is afraid of his own death…he is extremely paranoid.”

On another, Sweeney rejects comparisons to a crazed Hitler. “Putin is a rational actor inside a bunker, so deep, so deprived of light and information, that he pulls levers without understanding how the modern world reacts…”

Elsewhere, Putin is a “pleonexiac” – obsessed with greed – and also with his health. He is described as a heavy steroid user for back pain from a fall from a horse, uses Botox to mask drug side effects, and is being treated for various forms of cancer. This makes him super aggressive.

Wondering how Putin could have blatantly lied at the Sochi gate over MH17, Sweeney seeks the advice of a professor of psychiatry at the University of California. He was told, “Psychopaths are very good at lying… They don’t think what they’re doing is immoral or wrong. [He’s] typical of all psychopaths and also of people with narcissistic personality disorder,” etc.

Others have delved into Putin’s childhood, rumors of abandonment and abuse, his early career as a KGB agent, and come out of relative obscurity to find clues. But Sweeney admits, “We don’t know the whole story, and probably never will.”

That sums up Sweeney’s book, whether you read it for its entertainment value or accept it as a mixture of fact and fiction.

Killer in the Kremlin

Killer in the Kremlin: the explosive tale of Putin’s reign of terrorby John Sweeney (Bantam Press).

Nevil Gibson is a former editor for NBR. He has contributed film and book reviews to various publications.

This is content provided and not paid for by NBR.

Merced, a California writer speaks out against selling the police station

Chris Selley: Policing won’t get better until politicians get their hands dirty