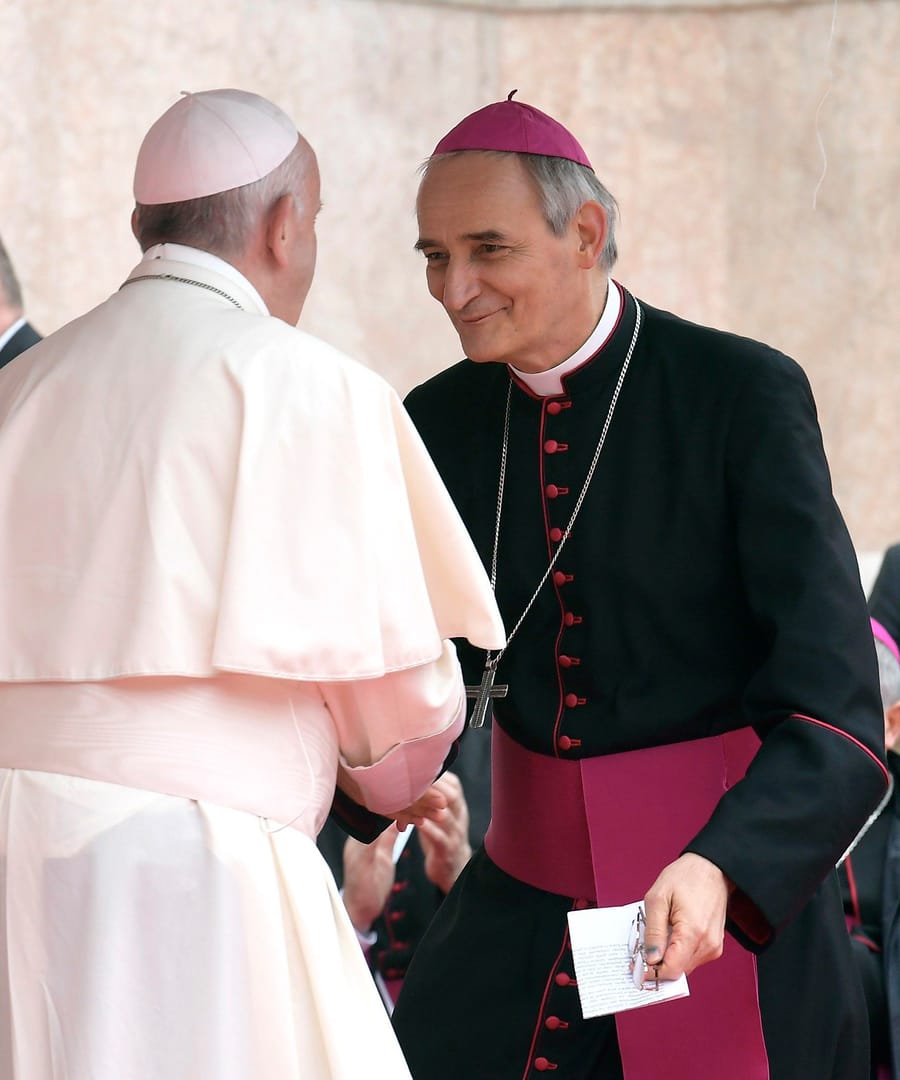 ROME – When Italy recently celebrated the state funeral of David Sassoli, the President of the European Parliament who died suddenly of Legionnaire’s disease on January 11, the mass took place in the Basilica of Saint Mary of the Angels in Rome in the presence of the President of the Republic, Sergio Mattarella, Prime Minister Mario Draghi, European President Ursula von der Leyen and virtually the entire power structure of the continent.

For such an august occasion, one might have expected the funeral mass to be celebrated by the president of the Italian episcopal conference, Cardinal Gualtiero Bassetti, or perhaps the pope’s vicar in Rome, Cardinal Angelo De Donatis, or the Vatican Secretary of State. , Cardinal Pietro Parolin.

Instead, the main celebrant was Cardinal Matteo Zuppi of Bologna – which, for the record, wasn’t even Sassoli’s real hometown, as he was born in Florence in 1956.

Yet the funeral was, in a sense, also a celebration of Bologna and its legacy, the lifelong friendship between Sassoli and Zuppi representing the two sides of this cultural coin, the political and the ecclesiastical.

Classically, in Italian slang, Bologna is known as “Bologna rossa, dotta and grassa– “red, savant and bold”, a tribute to the city’s red-brick architecture, its famous university and its equally famous cuisine, respectively. Again “bologna rossais also widely invoked as a reference to city politics, since it has long been a fulcrum for Italy’s progressive energies.

The future European leader and the future cardinal became friends decades ago, when they attended the same Roman high school, the “Liceo Virgilio” on the city’s Via Giulia, which was also attended by Andrea Riccardi, a little more aged, founder of the Community of Sant ‘Egidio to which Zuppi would also later belong.

Sassoli once said of his old friend Zuppi: “He was a year older and famous because he was part of a group that worked in the outskirts of the city with the poor. [The reference was to the nascent Sant’Egidio movement.] He was thin, really thin, with an old leather bag over his shoulder, and a big burgundy sweater as a coat… He was the kid with the smile, and I’ve never seen him without a smile. Even physically, he showed real pleasure in meeting people.

Although Zuppi and Riccardi are both Romans and Sassoli is Tuscan, all three grew up in the shadow of Bologna as it was the center of an intellectual and cultural stream of Italian Catholicism associated with the late Cardinal Giacomo Lercaro, who ruled the city during the years of the Second Vatican Council in the mid-1960s and was associated with a brand of centre-left, reformist and social justice Catholicism.

After Vatican II, Bologna also became home to the “School of Bologna”, a system of interpreting the council that emphasized the “spirit” of the council, characterizing progressive reformers as heroes and the conservative minority of the council of enemies. of progress. Its architects were figures such as Giuseppe Dossetti, priest and politician, and Giuseppe Alberigo, Church historian, as well as Alberigo’s protege, historian and essayist Alberto Melloni.

It was the air that young Sassoli and Zuppi breathed. Both became regular visitors to Bologna; in fact, Sassoli’s last visit to the city was in September, for an event called the “G20 of Faiths” organized by Melloni and in which Zuppi took part.

Sassoli first carried the centre-left, progressive and humanitarian vision of the school of Bologna in his career as a journalist, which is how he became famous in Italy, and then in politics. Zuppi followed the same trajectory in church life, becoming active in Sant’Egidio circles.

During the years of Pope John Paul II and Pope Benedict, many saw the Bologna school as essentially dead, overtaken by the new winds blowing under pontiffs with a different ecclesiastical and political focus – more focused on Catholic identity. than on the “signs of the times” and more favorable to the centre-right than to the left.

Yet his fortunes revived under Pope Francis. So when the pontiff sent Zuppi to Bologna in October 2015, it was widely seen as a crowning achievement of both the Lecaro legacy and the “School of Bologna”, since Zuppi is a prominent descendant of both.

At present, it is entirely plausible that when Bassetti steps down as president of Italy’s powerful bishops’ conference at the end of May, when he turns 80, 66-year-old Zuppi could be chosen. as his successor. If so, it could set up Zuppi not only to wield greater national and international influence, but also to be seen as a possible successor to someone else too – i.e. Francis him. -same.

Meanwhile, Sassoli’s political success and Zuppi’s continued ecclesiastical rise are positive proof that, both in the civil and in the sacred, no movement is ever truly dead – under the right circumstances, it can still organize a comeback, bigger and bolder than ever.