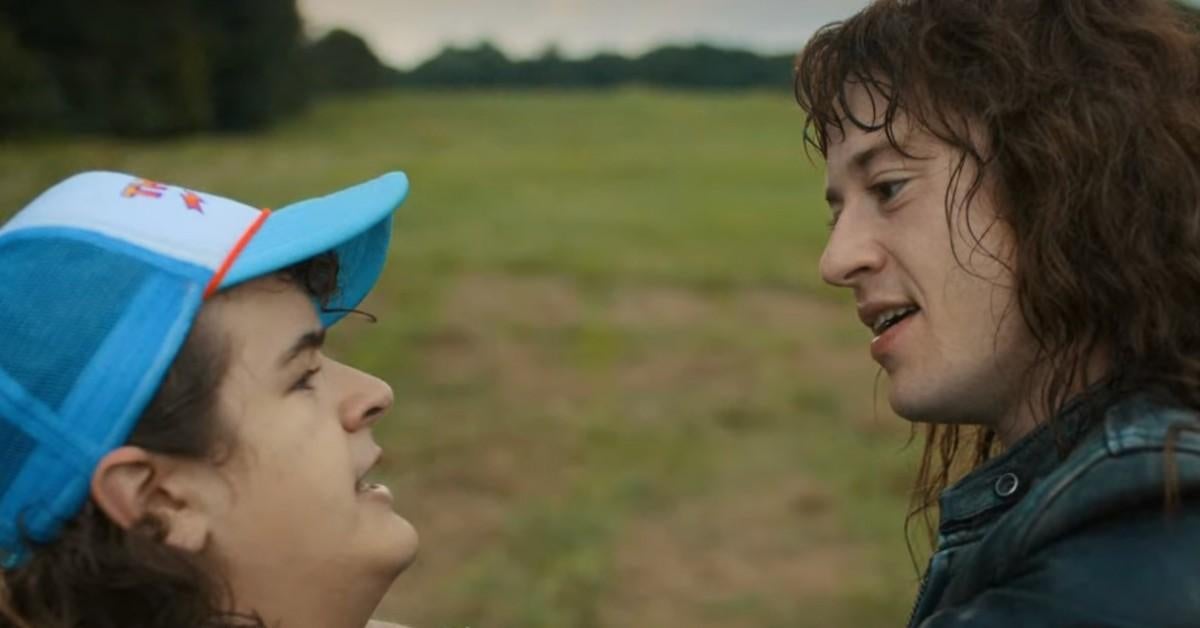 The second volume of the fourth season of stranger things hit Netflix this weekend, and the final two episodes jammed with action, scares, and big emotional moments. Both episodes, “Daddy” and “The Piggyback”, were written by creators Ross Duffer and Matt Duffer, but there were a few main lines that were improvised by the cast. The official Twitter account of the stranger things The writers took to the social media site today to reveal moments impromptu by Joseph Quinn (Eddie Munson) and Caleb McLaughlin (Lucas Sinclair).

“I love you, man” was improvised by Joe pic.twitter.com/z5gYyl18KF

“I’m excited for people to see the season,” McLaughlin previously shared with Complex. “We’ve been shooting it for a year and a half, two years because of COVID. I’m really excited for everyone to see the season. It’s definitely different from the last two seasons. The storylines are crazy. It’s gonna be really exciting to see what people think about this. While I’m talking about it, I’m thinking about what we filmed and I’m just like, ‘Wow. Nobody knows what’s going to happen. This is crazy.’ “

Recently, Matt Duffer explained why the fourth season was split into two parts.

“A lot of it was related to the fact that we had characters in three locations and we had a lot more plot. It has to be four times the plot we had in Season 3,” Matt previously explained. Duffer to packaging. “It was our super fun season. This season, we knew season 5 was going to be our last, we had to start revealing a lot.”

“The more we wrote, the more we realized that we needed more time for these reveals to happen, for these storylines to work,” Matt pointed out. “Halfway through, we knew we had to ask Netflix for nine episodes instead of eight and when we started shooting we realized, ‘Oh, those are really long episodes.