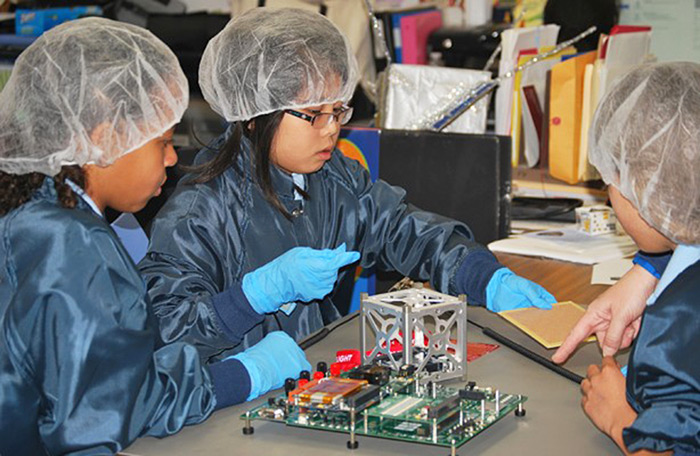 Still divided over whether teachers, parents or politicians are to blame • The Register

Register Debate This week’s registry debate focused on the motion Technology widens the education divide. The results have fallen, and as you can see, we clearly have a winner.

Please enable JavaScript to use this feature.

Education is always an emotional subject. Put technology and the pandemic in the mix, and you can guarantee The register the readership will pull a metaphorical forest of hands in the air, all eager to give their opinion.

The problem is, few of us have firsthand knowledge of how technology actually works in the classroom today. It could be a decade or more since most of us were anywhere near a classroom with a computer, although some of us could have very refracted vision thanks to our own offspring. Fortunately, some of our contributors were able to report directly from the front line.

Rowan Cullen, who teaches geography somewhere in the south-east of England, started the process, writing in support of the motion.

His testimony? The widespread chaos that has accompanied the UK’s pivot towards distance learning in the face of the COVID-19 pandemic.

Did we say generalized chaos? Well, in the public sector anyway. But, as Rowan noted, it was no surprise that students in private schools and high schools, with teachers integrated into their studies through UHD cameras and high-end broadband, were more likely. get the best marks in this year’s exams.

“These schools did not have to overcome the inability to educate some children one way, others another, and others not at all,” she wrote. “What is most important, however, is how our students will cope when they return to class. This is when the real effects of digital exclusion will become apparent.”

Rowan’s arguments sparked a wave of comments. Computer Said No Absolutely No, was strongly voted for suggesting, “I guess it’s not the technology per se that is the problem, the underlying problem is, and always will be, inequality. However, when all students physically go in the classroom, the teacher can act as an equalizer, in addition, weaker learners can also benefit from their stronger learning peers.â€¦ Why technology widens the educational gap, IMHO, is addiction to with regard to technology, not its existence. “

Who wouldn’t want an â€œequalizerâ€ teacher? (Although whether Edward Woodward or Denzel Washington should be in the role model could be a whole other debate.)

One of the most positive responses came from Drunk joe, who suggested that â€œkids who don’t complete home learning kits don’t have a home model that ensures these tasks get done. who had the most difficulty, in terms of behavior and grade level, also had parents who did not respond to emails or letters sent home asking to meet them. It’s almost as if once they raise them, they expect the school to raise their children for them. A bad life at home equals a bad life at school. “

In education, as in society in general, technology could expand participation and enable communication on a global scale. The problems in British schools were twofold, he said. Availability and access were obvious issues during the lockdown. But this was exacerbated by a knowledge hypothesis – that the young teachers were â€œdigital nativesâ€ who could just understand it. If technology was exacerbating the divide, it was a matter of policy, Andy argued.

What prompted GrumpenKraut suggest family play a bigger role: “If your dad is, say, an engineer and has tons of books, that’s a huge advantage over coming from a family where the only print is the daily mail.” (This also led to a series of fascinating comments on digitization in German and Swedish schools)

Another teacher, Maria Russell, wrote in favor of the motion on Wednesday, taking a different approach than Rowan’s. In her elementary school, she said, children had been “magnetically drawn” to the technology. That is to say before the pandemic. Once back in class, they were clearly full and wanted to climb, play, be read – even handle real books.

“The technology had lost its association with ‘fun’ and was less compelling,” she wrote.

The danger was that too much reliance on technology would distract from the broader needs of children, especially when it comes to physical stimulation. And while the privately educated children were able to take full-time Zoom classes during the pandemic and keep up with â€œcontent,â€ they still reportedly suffered socially, she suggested.

As G Watty What? suggested, working in cramped and unpleasant conditions with inadequate technology, had in fact given a generation of young people the most realistic work experience ever. â€œYou are ready for the young people in the office. “

And gold badge commentator I like to drink beer added: “In my opinion, ‘tech’ has far passed the point where it is useful, and is now stubbornly stuck in every corner of our lives, to the detriment of our ability to think and interact as human beings. independent. “

It was really up to you to wrap up the debate, urging readers to look beyond the details of how technology helped – or not – get through the pandemic, and determine if the real problem is with politicians, policymakers. and special interests, which get the big picture of what technology alone can actually accomplish. Should we really believe a firm of PPE graduates when they tell us we need to push more kids into STEM?

Vote against the motion, I suggested, but also against politicians who utter banal slogans that every child is able to code, without realizing that a pallet of laptops is useless for online learning without Internet access.

This prompted a seasoned teacher Terry 6 to comment: â€œForty years of experience tells me that what matters most are language skills, social skills and problem-solving / thinking skills. Oh, and “Teaching coding as a panacea is crazy.”

So what have we learned, class, other than the fact that a few commentators clearly forgot what they learned in English grammar? Many were firmly in the “it’s up to the parents” or “it’s up to the teachers” camp, but hardly anyone saw the technology as a panacea. But teaching children to think for themselves was seen as essential. Teaching them how to code really wasn’t.

Nonetheless, in the end, the readers chose to listen to the teachers and voted overwhelmingly in favor of the motion. Â®