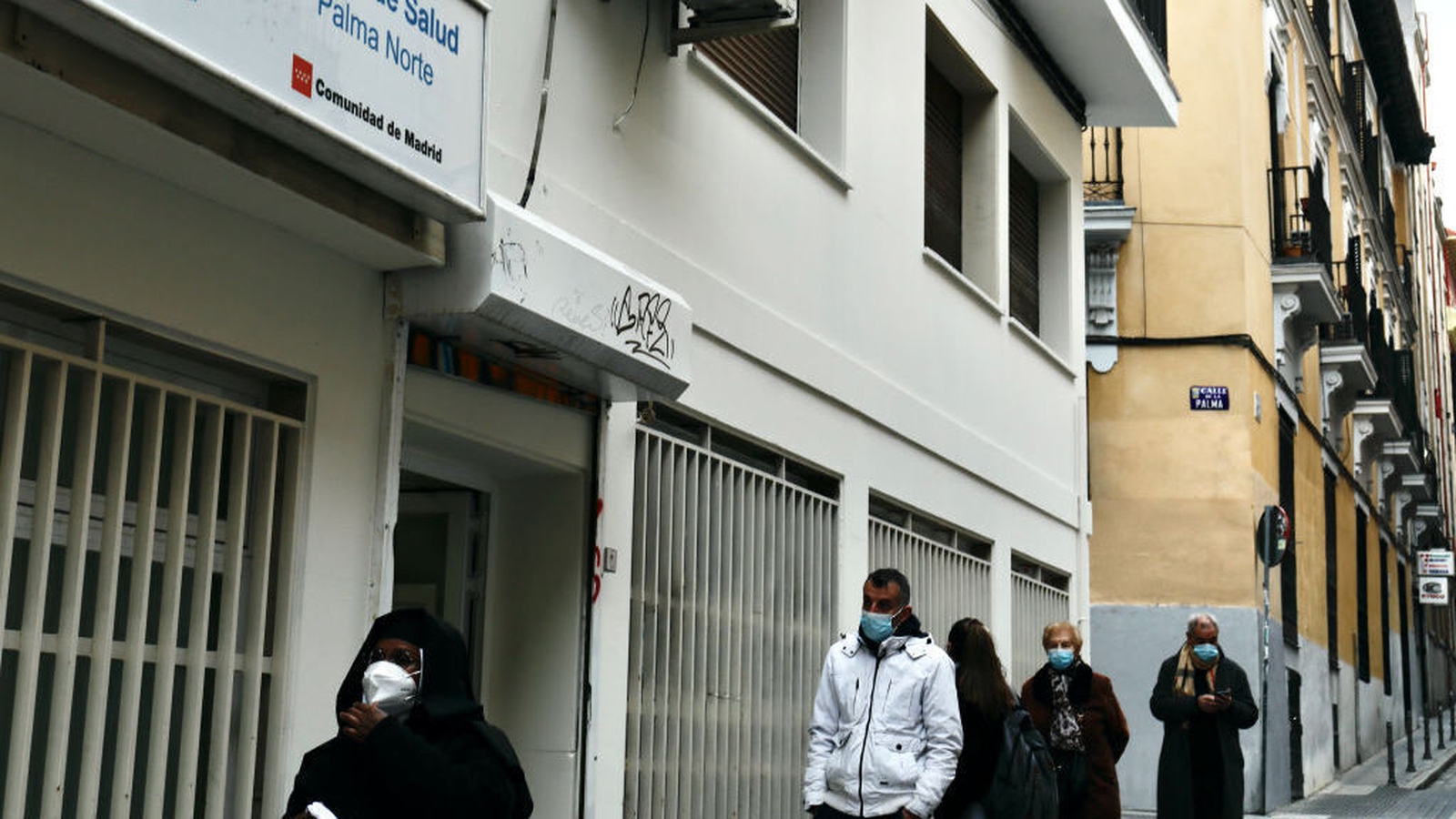 Spain to demand face masks outside as infections skyrocket

Spain will re-impose a national rule requiring the use of masks outdoors, the government said, as the country grapples with a spike in Covid-19 infections.

Prime Minister Pedro Sanchez’s office will hold a meeting tomorrow to approve the decree, the government said in a statement, without specifying when it would come into force.

Spain ended the mandatory use of outdoor masks at the end of June, while still requiring them indoors in public spaces or in crowded outdoor spaces where social distancing was not possible.

It was first imposed in May 2020 after the first wave of the virus.

The announcement came as Sanchez was videotaping regional leaders to discuss ways to reduce the spread of the Omicron variant first identified in southern Africa late last month.

Spain has around 80% of its population of 47 million people vaccinated – one of the highest rates in the world.

Until recently, it had avoided the surge in infections seen elsewhere in Europe, which led to stricter rules.

But the arrival of Omicron has fueled the infections, with a record of nearly 50,000 new cases recorded yesterday, even though hospital admissions and intensive care occupancy remain quite low compared to previous waves of Covid -19.

The coronavirus infection rate in Spain exceeded 500 cases per 100,000 people on Friday, crossing the threshold considered “at very high risk” by the Ministry of Health and having more than doubled since the beginning of December.

Omicron accounts for around 47% of total Covid-19 infections in Spain, according to official data, after increasing by just 3% the week before.

Under Spain’s highly decentralized system of government, the regions are responsible for health policy. Mr Sanchez called today’s meeting to try to coordinate the response to the spike in infections ahead of the Christmas holidays.

The northeastern region of Catalonia, whose capital is Barcelona, ​​is set to be the first Spanish region to re-establish a nighttime curfew.

He asked the courts to allow a series of restrictions, including a nighttime curfew, the closure of nightclubs and the limitation of the capacity of gymnasiums, restaurants and theaters, from Christmas Eve and a duration of 15 days.

In the Madrid region, however, the Conservative government has pledged to keep the hotel sector open during the holiday season.

Spain has been hit hard by the pandemic, recording nearly 89,000 deaths and 5.6 million infections since it began.

Fourth Covid-19 bite needed, according to German Minister of Health

German Health Minister Karl Lauterbach said a fourth vaccination will be needed in the fight against the coronavirus pandemic due to the more contagious Omicron variant.

He said Germany has ordered 80 million doses of a vaccine made by Biontech specifically targeting Omicron and is expected to arrive in April or May.

The Novavax fire will arrive in the country in January, Mr Lauterbach said at a press conference.

“An offensive recall campaign is our most important element in the fight against Omicron,” said the Minister of Health.

Mr Lauterbach supported a general vaccination mandate, saying that without it, it would not be possible to manage the waves of infection to come in the long term.

According to Lothar Wieler, president of the German Robert Koch Institute (RKI) for Infectious Diseases, Omicron will be responsible for most coronavirus infections in Germany within three weeks.

“Christmas should not become the spark that sets off the Omicron fire,” RKI chief Lothar Wieler said at the same press conference, adding that people should limit contact to the bare minimum.

Japan has urged the US military to adhere to coronavirus testing and quarantine rules as a cluster linked to a US base has reached more than 200 cases.

Cases have nosedived in recent months in Japan, which recorded a relatively low number of 18,300 Covid deaths during the pandemic.

Mr Hayashi said he had expressed “deep regret” to the commander of US forces in Japan, Lt. Gen. Ricky Rupp, over anti-infection procedures for US military arrivals.

Japan’s borders are closed to almost all foreign nationals. Incoming travelers should get tested before departure and upon arrival, and then self-isolate for two weeks at home or in hotels.

Mr Hayashi, however, said the US military was testing soldiers only three to five days after they land, with newly arrived troops being allowed to roam freely within their base.

“These rules are not in line with Japanese rules,” he told reporters in Tokyo, saying he had been instructed by Prime Minister Fumio Kishida to voice his concerns to LTG Rupp.

It is not known how many in the Okinawa cluster have the rapidly spreading variant of the Omicron virus, which has accounted for nearly three-quarters of new cases in the United States over the past week.

As the US military tightened its rules, Mr Hayashi said he demanded strict enforcement.

LTG Rupp told Hayashi that it took the situation at Camp Hansen seriously and promised to increase testing of those entering Japan, among other measures, according to the foreign minister.

There are approximately 20,000 US Marines in Okinawa, along with thousands of other soldiers from other US military services.

Last year, two US Navy bases in Okinawa – including Camp Hansen – were closed and restrictions imposed on other bases in the region, with local officials criticizing the US military’s containment efforts.

Science and Philosophy have their own standard: 100% Part 10 of Why Pray?