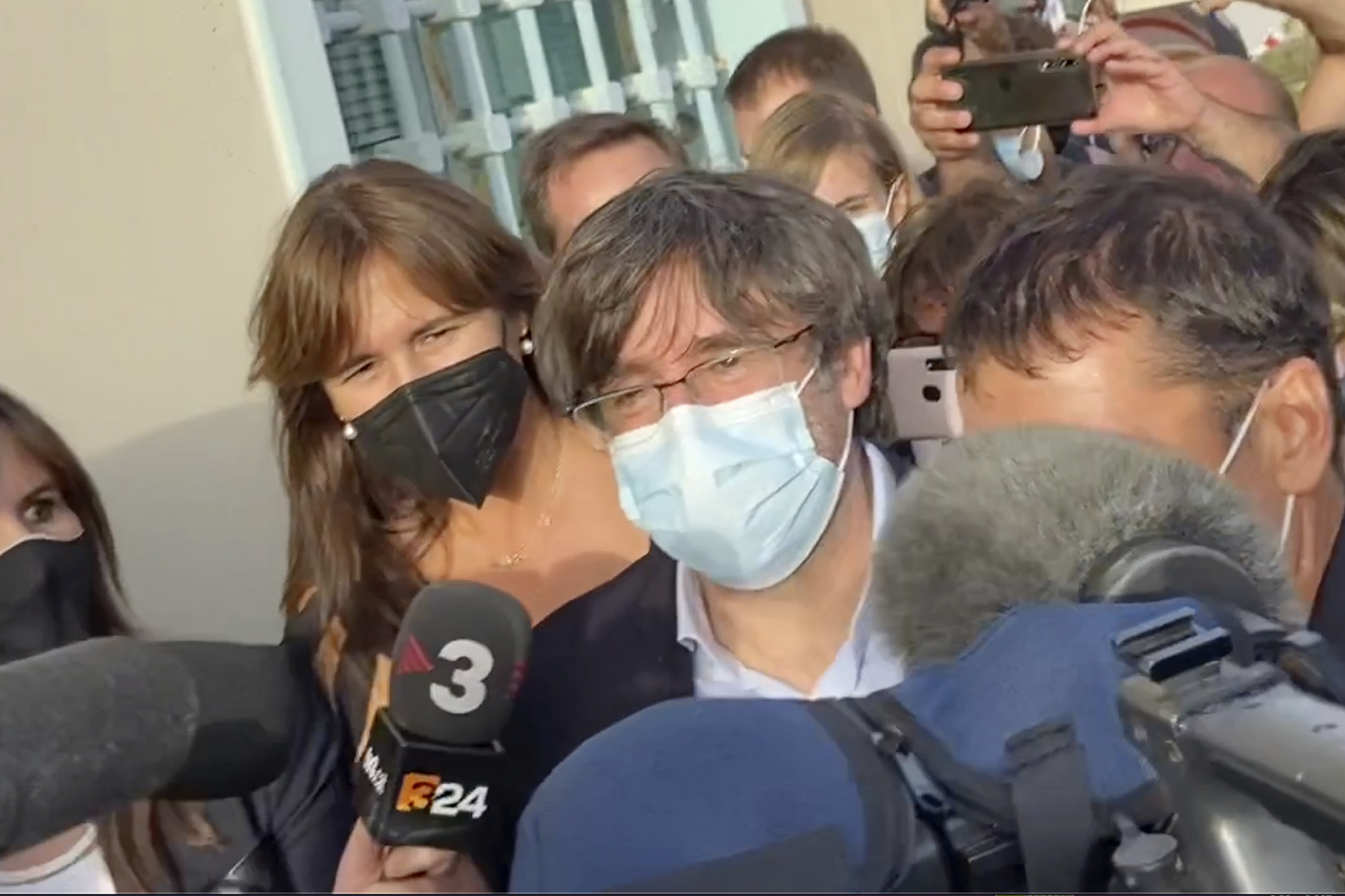 The Spanish authorities begged Belgium to execute “urgently” a European arrest warrant against former Catalan President Carles Puigdemont because it was a “very sensitive” affair, it was revealed.

However, Belgium, along with Germany, Austria, Lithuania and Switzerland, have all warned Supreme Court Judge Pablo Llarena that they will not arrest the exiled MEP.

The judge – who relentlessly pursues pro-independence leaders in exile across Europe – wanted to arrest the former president wherever he is, regardless of the immunities granted to him as a MEP.

READ MORE: Spaniards laugh at Carles Puigdemont on his return to Brussels

Details emerged in documents sent by Spain to a court in Sardinia – where Puigdemont was arrested and released last weekend – which were seen by Catalan news portal VilaWeb. He said a number of EU states have told Llarena they will not arrest Puigdemont, wanted by Spain following the Catalonia independence referendum in 2017, s’ he entered their territory.

However, Germany reported the problem last year, telling other countries in the Schengen Information System: “We would like to inform you that, according to the German Ministry of Justice, the wanted person [Puigdemont] enjoys diplomatic immunity as a member of the European Parliament until lifted by this parliament … it will be very unlikely to keep this person in detention for any delivery procedure.

News of the MEP judge’s lawsuit and Europe’s rejection of his overtures came as supporters of Catalan independence began a weekend of protests and other events to mark the fourth anniversary of the referendum. The vote was declared illegal by Spain and led to the imposition of a direct government in Catalonia.

The grassroots group Omnium Cultural brought together personalities from the independence parties and the Catalan National Assembly (ANC) in Barcelona to celebrate the results of what some speakers called the “democratic party”, organized four years ago.

Former President Artur Mas and outgoing President Pere Aragones were in attendance, as well as Speaker of Parliament Laura Borras and some of those jailed in the 2017 plebiscite these included Oriol Junqueras, Jordi Sanchez and Jordi Cuixart.

The speakers reiterated their determination to adopt a draft amnesty law and to obtain the self-determination of Catalonia.

Aragones called for unity between the separatist parties and said a new referendum was the only solution to the conflict. “Catalonia will vote again. The referendum is the inevitable solution. Now is the time to rediscover the spirit of 1-O [October 1],” he said.

“This government declares itself proud and heir to the 1-O and is committed to continuing the path of independence.

Former President Quim Torra, expelled from his post by the Spanish authorities, wrote on Twitter: “The 1-O is a date. Nothing would have happened if a day had not been set for the assault.

“And the 1-O is a plan, worked on for long months (and that it only failed because we did not defend the proclaimed Republic) … A year ago, I left the Palace and I would do the same. ”