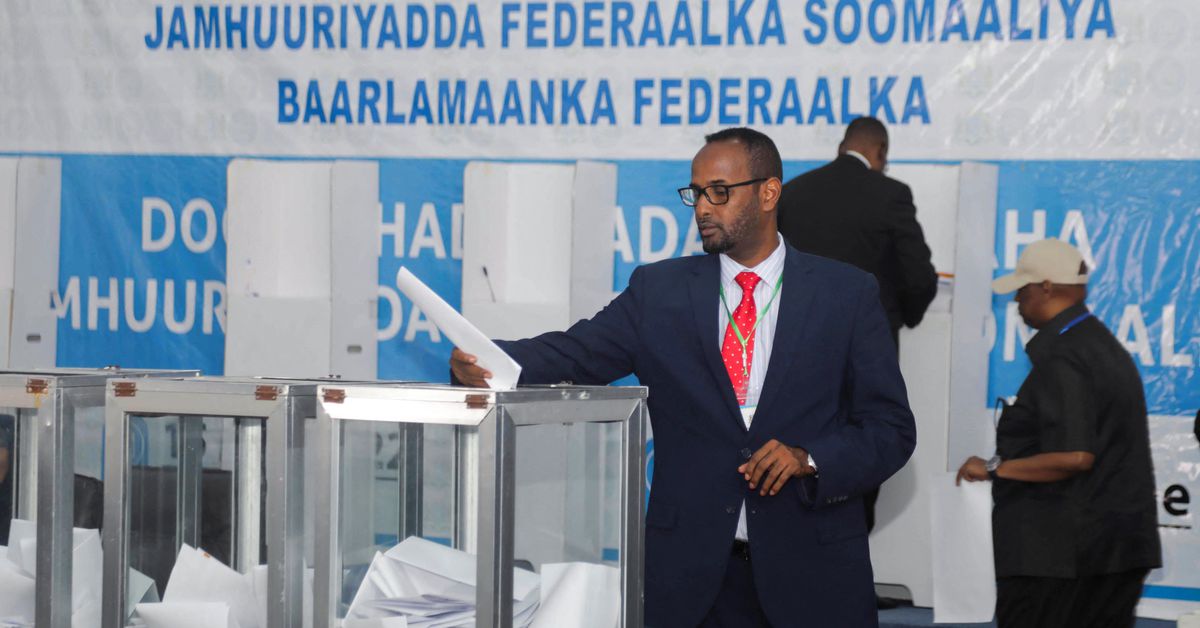 MOGADISHU, May 15 (Reuters) – Somali politicians voted for a new president on Sunday despite explosions near the fortified airport hangar hosting a belated election needed to keep foreign funds flowing to a tortured and impoverished nation by the conflict.

Thirty-six initial aspirants were reduced to four veteran faces in the first-round vote by parliament, guarded by African Union peacekeepers, who are in Somalia to fend off Islamist insurgents.

A new leader was to be known by Sunday evening.

Even as the first round took place, explosions sounded near Mogadishu airport, according to residents and a Reuters reporter. There was no word on the impact or claim of responsibility, but Somalis are used to frequent attacks on state institutions by al Shabaab militants.

“I counted three loud sounds of mortar shells landing in the direction of the airport. We are shocked to hear these sounds of mortars while Mogadishu is under a full curfew. Who is firing them?” said one of the residents, Halima Ibrahim.

The United Nations-backed vote has been delayed for more than a year due to wrangling within the government, but is due to take place this month to secure a $400 million program from the International Monetary Fund.

“NO LIFE IN SOMALIA”

It takes place during Somalia’s worst drought in four decades, and against a sadly familiar backdrop of Al Shabaab violence, infighting between security forces and clan rivalry.

Somalia has endured civil war, insurgency and clan battles without a strong central government since the overthrow of dictator Mohamed Siad Barre in 1991.

Although simply keeping the process going was somewhat successful, many in the nation of 15 million were skeptical of progress. The leading candidates were old faces recycled from the past who had done little to stem conflict and corruption, they complained.

Somalia is still unable to hold a direct popular vote due to insecurity, with the government having little control beyond the capital and peacekeepers guarding an Iraqi-style “green zone” .

“The only hope we have is this election,” said medical student Nur Ibrahim.

“There is no life in Somalia. We study and then get bombed by terrorists. If there is no peace, education is useless.”