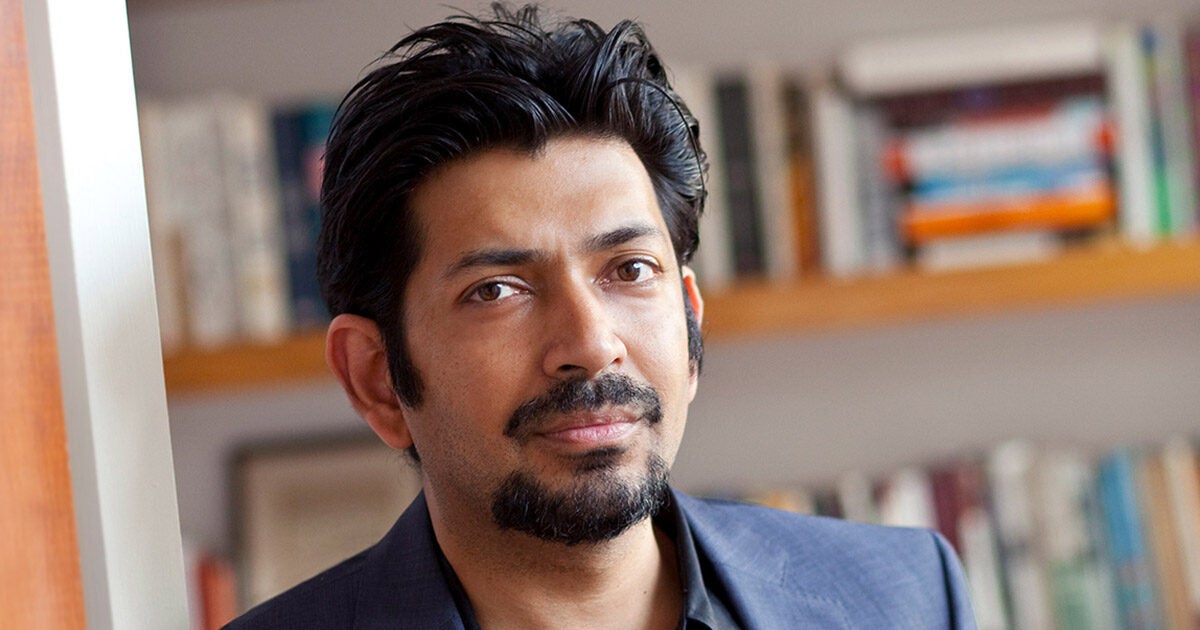 When Harvard-trained physician and Pulitzer Prize-winning author Siddhartha Mukherjee talks about a “new human,” he doesn’t mean “Keanu Reeves in a black muumuu,” as he writes in his new book, “The Song of the Cell: An Exploration of Medicine and the New Human. Instead, Mukherjee’s new human is more like Theseus’ paradoxical ship. Over time, each of the ship’s original planks is removed and replaced with new wood. What if a human could be rebuilt the same way – with healthy replacements for aging or defective cells? Is it the same human or a new one?

In “Song of the Cell,” due out next week, Mukherjee explores these questions – and others – through stories from his own life: his efforts to diagnose and save patients (including one who is barely surviving to a veritable bloodbath), his struggle with nagging depression during the pandemic and the death of his father. He spoke about the experiences and research behind the book in a conversation with the Gazette. The interview has been edited for clarity and length.

GAZETTE: Throughout the book, you refer not only to historical scientific figures, but also to poets and philosophers, going all the way back to Aristotle. How can ancient ideas help us understand modern medicine?

MUKHERJEE: We often forget that Aristotle was probably as much a biologist as a philosopher. The distinction between a natural scientist and a philosopher was much more blurred then than it is today. For people like Aristotle, questions like “Where do we come from?” and “What are we made of?” were largely matters of natural science as well as philosophy.

GAZETTE: Most of the stories you include are about medical failures – or attempts to find cures that didn’t quite work. Like, for example, when a doctor tried to cure a patient’s psychiatric symptoms with an infusion of cow’s blood. Or more recently with the first bone marrow transplants.

MUKHERJEE: In principle, why can not human beings be transfused with cow’s blood? It looks like a microscope. How is cow blood different from human blood? These failures are, in some ways, the beginning of successful journeys. They also present science as a flawed human enterprise. We make mistakes. We misunderstand things. We misunderstand each other.

I had this impromptu meeting with the nurses who worked on the first bone marrow transplants, and they spontaneously started talking about the massive litany of failures. They wept; they kissed. They remembered the little boy in the bunker, the pilot clouded by plutonium and died of leukemia. And then they started talking about the successes. It’s a story that really stuck with me.

GAZETTE: You devote a chapter to the pandemic and how it has exposed “such deep and fundamental gaps in our knowledge of the biology of a system that we thought we knew”.

MUKHERJEE: In all sciences you come to a point where you develop a kind of pride and then something pulls you back. There was a kind of hubris about Newtonian mechanics or understanding electricity and magnetism or atomic structure until all of a sudden people realized that if you delve into those areas, which was known could not be calculated. The pandemic has demanded a sort of reassessment of what we know and don’t know. And not just the immune system, because COVID is impacting the immune system, our guts, our respiratory systems, all of the things that we thought we understood on a very deep level. All are being reassessed in the context of this virus and perhaps other viruses that will come after it.

GAZETTE: In the last chapter of the book, you talk about understanding cell songs – how individual cells work together like an orchestra. Why is this such an important frontier to explore?

MUKHERJEE: To understand or build an organism, you must ultimately understand the communications between the different parts of the organism. We begin to understand the parts, but not the sum of the parts – the communications that go on between organisms, or what I would call cellular ecology. The example that comes to mind is the famous conundrum of cancerous metastases. Why are there no metastases in the spleen? The liver is a frequent site of metastases – why? Is it anatomy? Is it the ecology of the cells that surround it? I’ll give you another example. Why are there so many metastases in what is called the axial skeleton, the central skeleton, but very little in the distal skeleton of your fingers or in the other bones of your body? The answer, or answers, have to do with understanding not only anatomy, but also how cells communicate with each other; in this case, how cancer cells build houses around each other. This is one of the mysteries that we have to understand. And that’s why the book is called “The Song of the Cell”.

GAZETTE: You also introduce the idea of ​​a “new human”, who could be constructed rather than simply born. Many today fear this kind of cellular manipulation, but you seem to be warning people against this fear.

MUKHERJEE: I like this – “warning people against fear”. I don’t care either. I have my reservations. I’ve seen bone marrow transplants go horribly wrong. I don’t think everything will go well. But a new science is being born. We are manipulating cells at a level never before achieved. We build artificial pancreas and artificial hearts. The first time blood was transfused from one person to another – it was in the 1800s – people thought that the person who emerged would be a different human being: they would acquire the psyche of the other human. Blood was considered so important to your soul; it was who you were. And then the blood was transferred from one human to another and nothing happened (when correctly matched). But the person who emerged clearly carried at least part of another human being within themselves.

So I use the term “new human” very provocatively. In the first chapter, I say that we started to think of the “new human” as a kind of science fiction character. But the new human I’m talking about is one whose units are built anew, but who might look like you and me. If someone receives a blood transfusion, that person is in some ways two people in one. For a long time, philosophers thought of the human being In totality. You were you, and that was the end. Now we have started building humans with cells or organs from other places, parts that can be enhanced or genetically modified. And yet, we still take you as you. I think this is a very interesting puzzle.