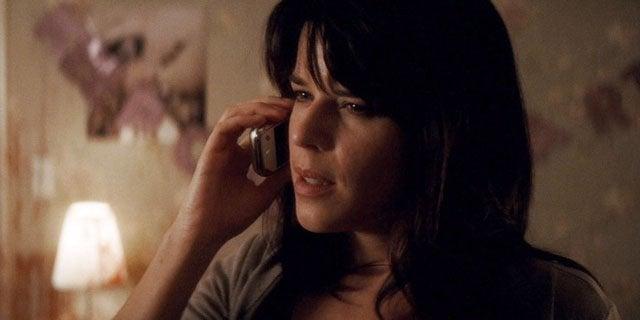 It has been more than ten years since Cry 4 hit theaters, but the fifth episode is finally here. The new film, simply titled Scream, was released last night to mostly positive reviews from critics and audiences alike. The new horror movie is currently on Rotten Tomatoes with a critics score of 76% and an audience score of 89%. The new movie is the first in the franchise that wasn’t directed by the late great Wes Craven. Ready or Not directors Matt Bettinelli-Olpin and Tyler Gillette stepped in with the original Scream writer Kevin Williamson producing. In a recent interview with Bloody disgusting, Williamson revealed the original plans for the fifth and even the sixth Scream movies. At one point, Cry 4Jill (Emma Roberts) was to return.

“Jill went to college and then the murders started on campus. And she was a killer who knew she was the killer from the last movie. So the killer kept trying to expose her, so she should kill to keep it covered So it was killer meets killer And Sidney [Neve Campbell] was a teacher at that school,” Williamson explained. “Cry 6 was going to answer everything that happened between Dewey [David Arquette] and Gale [Courteney Cox] … Sidney was in it, but it was more focused on the Gale story.”

During a recent virtual reunion event, Williamson talked about making Craven proud with the new film.

“I was really scared to do one of those movies without Wes,” the writer noted. “The directors actually sent me a letter when the offer went out and told me that the reason they’re directors is because of Wes. So they’re even so honored that they’re even being asked to make this movie, and that they’re such huge fans of him and the movies themselves, and the actors, and they really wanted to honor his voice, which I really, really believe they did.”

What do you think of the original idea for the new Scream? Would you like Emma Roberts to return or do you prefer the new story? Tell us in the comments!