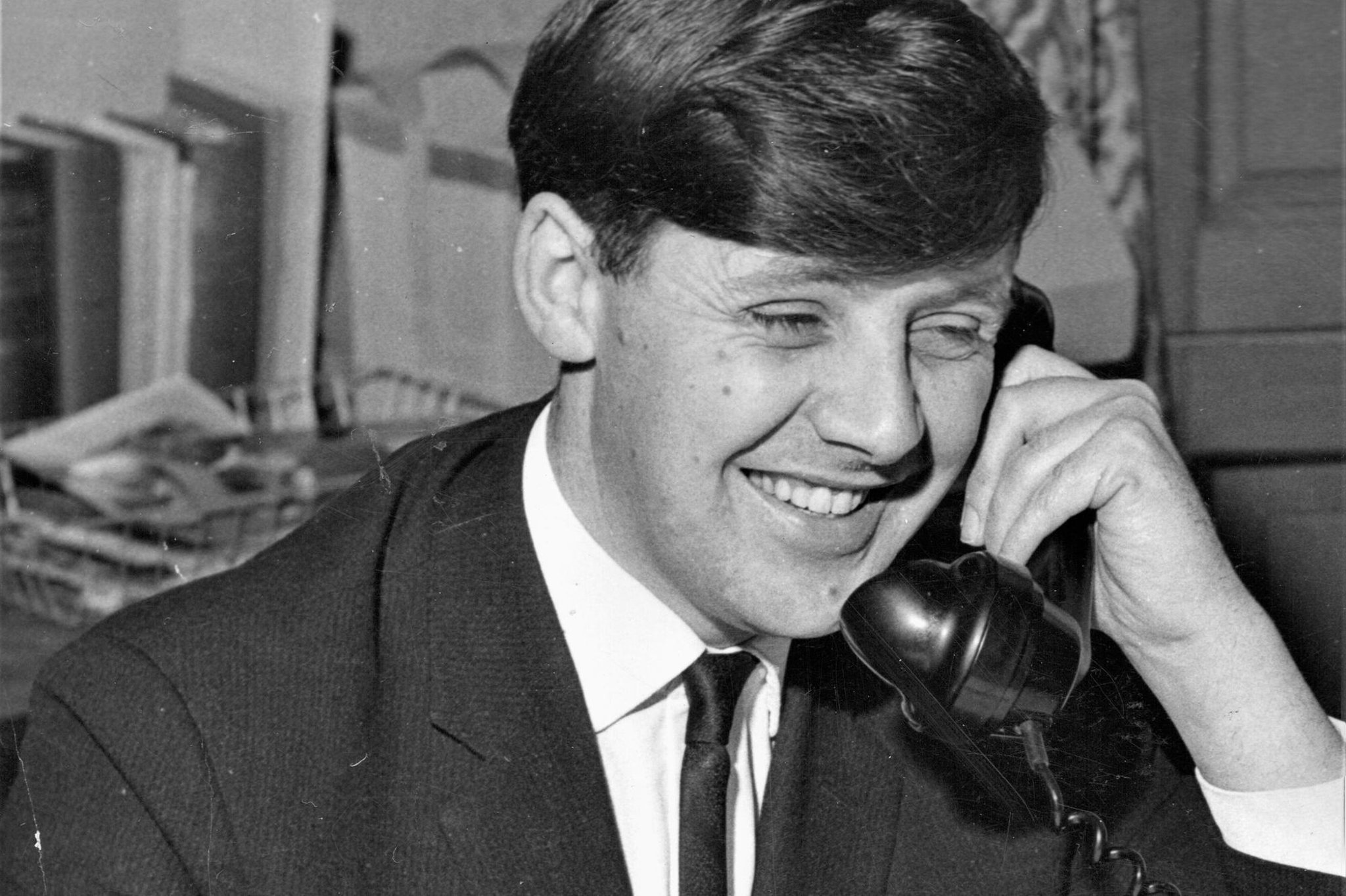 Bruce Cannon as a young reporter

Bruce Cannon has combined his Christian faith with a dedication to writing real news – reporting facts without exaggeration or hype – in a career that has spanned local journalism, magazine publishing and, until his retirement, promoting The National Church of Scotland (“The Kirk”) and its General Assembly proceedings to the public through print, broadcast and the web.

Born in Edinburgh to David and Margaret Cannon, he grew up in Blackhall and lived most of his early years with his mother after his father died when Bruce was only ten years old. His first years of study were at Blackhall Primary School before moving to Royal High School. His childhood passions that spread into adulthood were building and piloting model airplanes, and conjuring, on one occasion, by putting on a show during the war to raise money for the Cross. Red.

Register to our daily newsletter

Newsletter cut through the noise

He attributed his interest in news to listening to wartime radio shows with his father, but while he may not have known it at the time, he also inherited his gift. for the handwriting of his grandfather, James Fleming Cannon, a famous nineteenth century. poet Galloway.

Bruce began working as a copier with the Edinburgh Evening News in 1949 and did his national service with the RAF, returning to the newspaper in 1953 to be employed as a junior reporter covering City Courts and Edinburgh Corporation and then promoted to Journalist, where he was the newspaper columnist “Kirker”, responsible for regular church news.

His experience as an assistant editor saw him working alongside colleagues like Jimmy Wardhaugh of Hearts FC in the sports office, and playwright and critic W Gordon Smith, who has written on the arts. The occasional editor-in-chief’s duties demonstrated just how much editor-in-chief WD Barnetson regarded his contribution to the success of the newspaper.

Bruce’s skills produced precise and carefully written stories that Chief Reporter Lewis Simpson and Sub Chief Ian Tait could rely on completely, to match the bill in terms of space, often raised by other newspapers or agencies. He knew the journal’s style book inside out: “retirement” and not “retirement”; “Chimney stack” and not “rod”; â€œInâ€ and not â€œinâ€ the circumstances and so on. His well-written reports, telephoned by young editors at the BBC, Press Association, Exchange Telegraph or The Sunday Nationals, were delivered at ordered length, never overwritten. He was known as a wise and approachable senior who could be turned to for sound advice, whether on business or personal matters.

In 1964 he left The News to be deputy editor of the Christian newspaper The British Weekly, and in 1965 moved to the Church of Scotland in its Edinburgh offices at 121 George Street, where he was responsible for setting up its press and publicity service. He became Director of Communications in 1974 and assumed overall responsibility for 121 Church Bookstore; Life and Work magazine – then known as the Official Church Document – Saint Andrew Press and Pathway Productions, a small audio / video service, which subsequently grew considerably with the explosion of interest for computer media services, providing specialized audio and television coverage. news from the Church.

Each year, his team moved temporarily from “121” for the duration of the General Assembly, to the Assembly Hall, The Mound, providing full coverage of events and debates, cutting through language and terms specialists used in such cases to explain, on a daily basis, the work undertaken. Often, the official reports to the General Assembly were long and difficult for the lay public to follow, so summaries and press releases were presented for each, highlighting the main points and decisions. Press conferences were held regularly for the national and international press, with regular attendees coming from London to cover the affairs of the week.

At first, his press office duplicated copies of the information on a stencil printer, to be hand delivered to newspaper offices by his sons after school. When fax machines were introduced, one of the first was in the press office, speeding up this distribution; this itself was replaced when computers took over.

Convinced of the need for even better service to broadcasters, Bruce introduced televised training for ministers and elders and when Pathway rose from humble beginnings to the Gateway Theater in Leith (which would later become STV’s base in Edinburgh ) at its own studios in Colinton, expanded quality and production with regular expert commentary online.

During this time, Bruce was also a regular contributor to the theatrical journal, The Stage, and his family and friends often accompanied him to see the latest play or show at the Kings, Lyceum or Traverse.

He enjoyed a long-standing association with the Isle of Iona, initially through visits from his local youth community, but cemented himself when he met his future wife Karen at the events of the Iona Youth Association in Edinburgh in the late 1950s. They married in December 1960 and had three sons, David, John and Andrew.

He never lost his love of news and current affairs, and after his retirement in 1995 he and Karen moved to Perthshire where they became active members of the University of the Third Age (U3A) locally. and British national. One of Bruce’s contributions to the local U3A was the creation of a current affairs group, as well as U3A’s first â€œHumorâ€ group, which allowed him to share his passion for radio comedy and classic television with other retirees. When he and Karen moved to Polmont in 2008, they researched the U3A in Falkirk and a newsgroup was quickly formed and operated for many years; transfer to Zoom when the pandemic struck.

In recent years, his health and mobility have become more difficult and after falling in early October, he was admitted to Forth Valley Hospital, where he died early on November 11.

He is survived by his wife Karen, his sons David, John and Andrew, four grandchildren and two great granddaughters.

If you would like to submit an obituary (800 to 1000 words preferably, with a jpeg image), or have a subject suggestion, contact [emailÂ protected]

A message from the editor

Thank you for reading this article. We depend on your support more than ever, as the change in consumption habits caused by the coronavirus is having an impact on our advertisers. If you haven’t already, consider supporting our trusted and verified journalism by purchasing a digital subscription. Click on this link for more details.