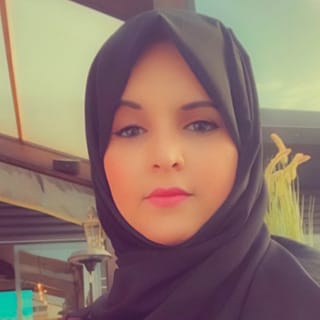 In a June 28, 2022 article from the Saudi daily Al Watan, titled “Elsa and the accusations of homosexuality”, journalist ‘Abir Al-‘Ali condemned the West for what she called a campaign to promote homosexuality through music, cinema and social media, and said that whoever now legitimizes same-sex relationships may one day also legitimize pedophilia under the label of “personal inclinations.” She called for providing parents and educators with tools to discuss the phenomenon with children and adolescents, instead of hiding it, in order to eradicate it at the root. Thus, she says, the parents will know how to respond if their innocent young daughter comes one day to tell them that Elsa of Frozen cinema is gay.

Here are translated excerpts from his article.[1]

“One of the drawbacks inherent in cultural openness, the constant development of media and information [technologies] and the growing cultural influence among peoples in this post-globalization era is the immense upheaval we see in people’s natural values. These values ​​impinge on most of our religious and moral principles, especially those relating to natural and normal human sexual orientation and drives. The new speech brings [these issues] in the open and gives them social and legal legitimacy in the world.

“The phenomenon of homosexuality has existed since the dawn of time, and has always been considered a personal matter. But if it comes out in the public [sphere] it becomes a social and legal issue… All reasonable people agree that this phenomenon should be considered a crime, or should simply be condemned and avoided. However, today [this phenomenon] has become visible to the world and is supported by the governments of global superpowers…Stating [recognition of] a range of [gay] rights is to recognize the existence [of gays] legal and civil [levels].

“What is worse is that official international human rights organizations declare their support for homosexuals and call for the abolishment of all oppression against them, while ignoring the populations in various parts of the world who suffer from hunger, disease, ignorance and expulsion.

“This pact [that aims] to spread homosexuality and promote it officially is accompanied by a quiet campaign through various types of entertainment, which integrates homosexuality without any justification into the plot of every drama series and film, in every song and music video, and in applications that are downloaded, not for a small fee, to the phones of most teenagers around the world. When people get used to this perversion, it becomes legitimate, and may even supplant the normal one day. [sexual] orientation, or will at least be validated in the name of individual liberty, equality and support for oppressed minorities facing racist discrimination…

“Alongside that [global] openness to legitimizing homosexuality, one can notice a misunderstanding of this concept among some teenagers, who feel that it also legitimizes pedophilia – which, in the wave of Western democratic freedoms, may indeed come to be legitimized as part of personal inclinations.

“Today, in the midst of this decline [commitment to] the system of values, morals and normal inclinations, or at the very least the weakening [of these values] among teenagers, the time has come to talk with this generation – which worries us so much but also scares us – about the problems that we [tend to be] silent on. We must explain these phenomena, which we know about but which we deny and hide behind closed doors because, wanting to be a decent society, we refuse to recognize the thorns that grow among us even when they rip our feet off until ‘they bleed.

“Therefore, all relevant institutions of culture, education and research must clarify the various phenomena [related to] homosexuality, their types, names and characteristics, and, after understanding their causes, begin to find solutions… Parents and educators must be trained in the best way to counter these global campaigns of coexistence with homosexuals, and eradicate this root phenomenon in our society. Parents need to know what to say if, for example, their prepubescent daughter, who likes to play with a doll of the famous Elsa from the movie Frozencomes up to them and tells them, with an innocent laugh… that Elsa is a lesbian, as shown in the film.”[2]

[2] Elsa is not featured in the Frozen movies like gay, but there’s an online fan campaign to “get her out of the closet”.