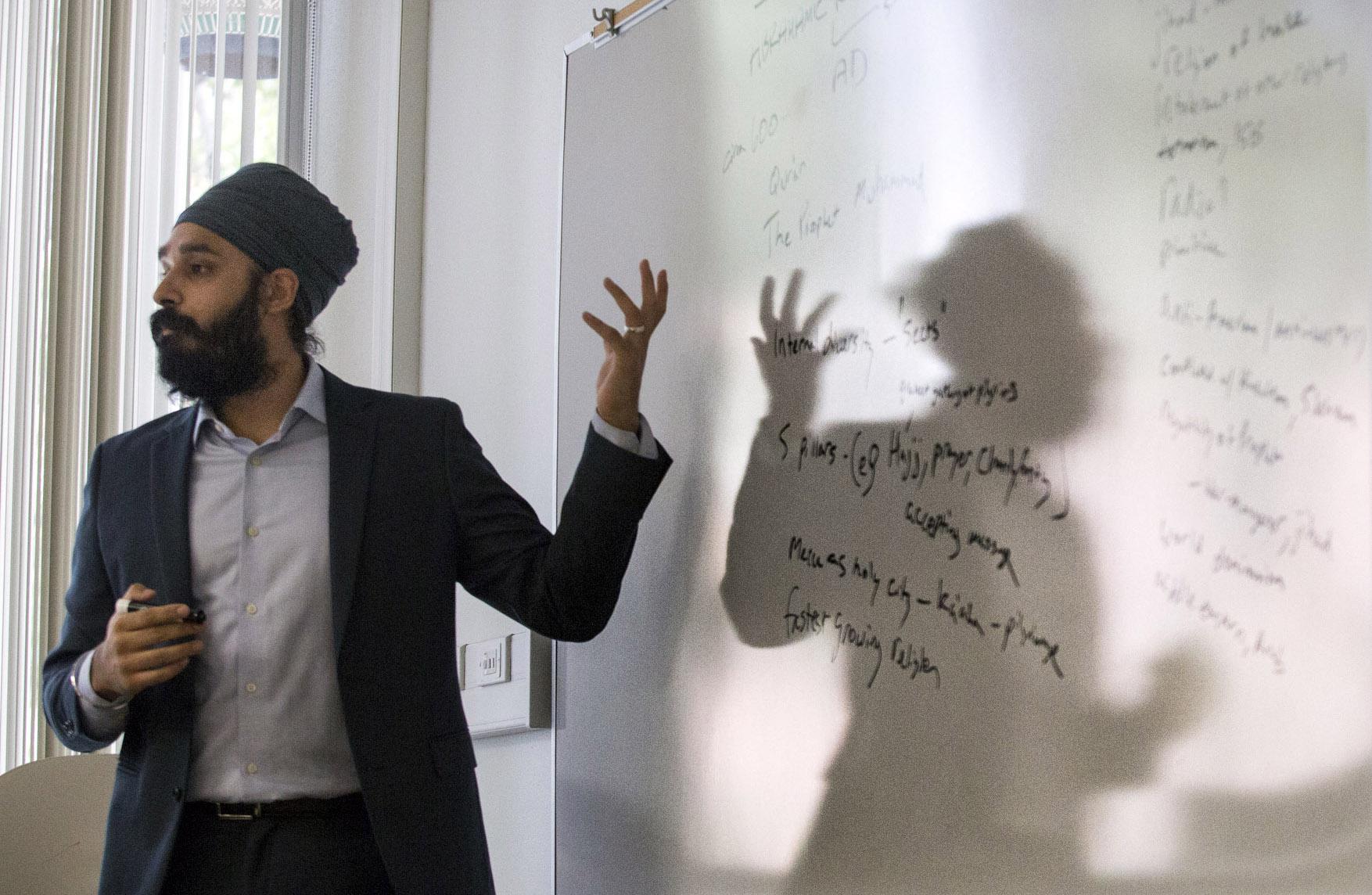 Simran Jeet Singh’s number always starts with 210. It was comforting but surprising given that the New York-based researcher, philosopher and writer kept it years after moving to New York.

This is where his Indian-born parents landed, raised a family and built a successful business. where Singh played football at O’Connor High and where he first experienced the racism that Sikhs face in the United States.

It was 9/11 when Singh says his life changed. His family, locked up in their home, received death threats.

Anger and ignorance set in after the attacks and Sikhs, like Muslims, were wrongly linked by their appearance and beliefs to an extremist terrorist organization.

The leaders of both groups made it a teaching moment. Her parents chose to see the kindness in people.

This month, San Antonio will bring Singh home for “The Healing Power of Stories,” the first event of Story Portal San Antonio, a project of Compassionate San Antonio. Singh will speak, along with other authors, at 2 p.m. Sept. 11 at the Whitley Theological Center in the Oblate School of Theology.

But it’s his parents who bring him home the most, and it’s to them that Singh dedicates his new book, “The Light We Give: How Sikh Wisdom Can Transform Your Life.” Published by Riverhead Books, it is probably a singular work, or one of the few, written on Sikhism in the context of American life.

It has received star-studded reviews from Kirkus and Publishers Weekly and is on the Los Angeles Times Bestseller list. It became a national bestseller, but he seems very happy that “Light” received praise from novelist Anne Lamott and RC Buford of the San Antonio Spurs.

Singh’s primary role is as executive director of the Religion & Society program at the Aspen Institute, which aims to advance religious pluralism.

He remains affiliated with the Union Theological Seminary, where he teaches Buddhist history. He taught Islamic studies at Trinity University.

His parents are well-known philanthropists GP Singh and Parvinder Kaur.

“I look back on their journey and marvel at what they were able to create and endure,” he says. “I appreciate the deliberate commitment they have had to preserving their values.”

They are part of a small Sikh community in San Antonio. Singh says 750 to 1,000 Sikh families live here.

“When we were little, there were not enough Sikhs to have a gurdwara”, a place of worship. Today there are two.

In “Light”, Singh acknowledges that “our world is on fire” and that teaching love and mutual respect seems impossible when the voices of hate are defended and the nation seems determined to cut itself in two.

But there are, he says, many.

Even on September 11, when his family was threatened. “It was intense and scary. Still, I remember my parents saying how lucky we were.

Neighbors and teammates stopped to check on them, offered support and brought food.

It became a turning point for the future writer.

“I realized, then, what they (his parents) were trying to convey to us. That there is light if you choose to look for it.

“Even now after the shooting in Uvalde and the tragic deaths of migrants,” he said, referring to the 53 people who died after being trapped in a tractor-trailer in June. “It’s the paradox of life, sometimes it’s hard to remember.”

As a child, Singh longed for books about Sikhs but never found them. This led to “Fauja Singh Keeps Going: The True Story of the Oldest Person to Ever Run a Marathon”, a children’s book.

“The Light We Give” is Singh’s second book. It contains stories you’ve never heard from a storyteller and philosopher you don’t know yet, even though he is ours.

“Light” is an engaging and accessible ramp to a subject and religious tradition that remains largely misunderstood. These are people who feel invisible.

This is the kind of book high school and college students should get.

As Singh ties his turban around his head each morning, he resolutely reflects on the values ​​of his faith.

It was so much like the meditation that comes from praying a rosary, how each bead can slow down a familiar prayer and make it more meaningful.

Singh reflects on why he chose not to give up his turban and how he feels wearing one.

The daily ritual is an act of faith and resistance, in which the perceptions of others can never define it.