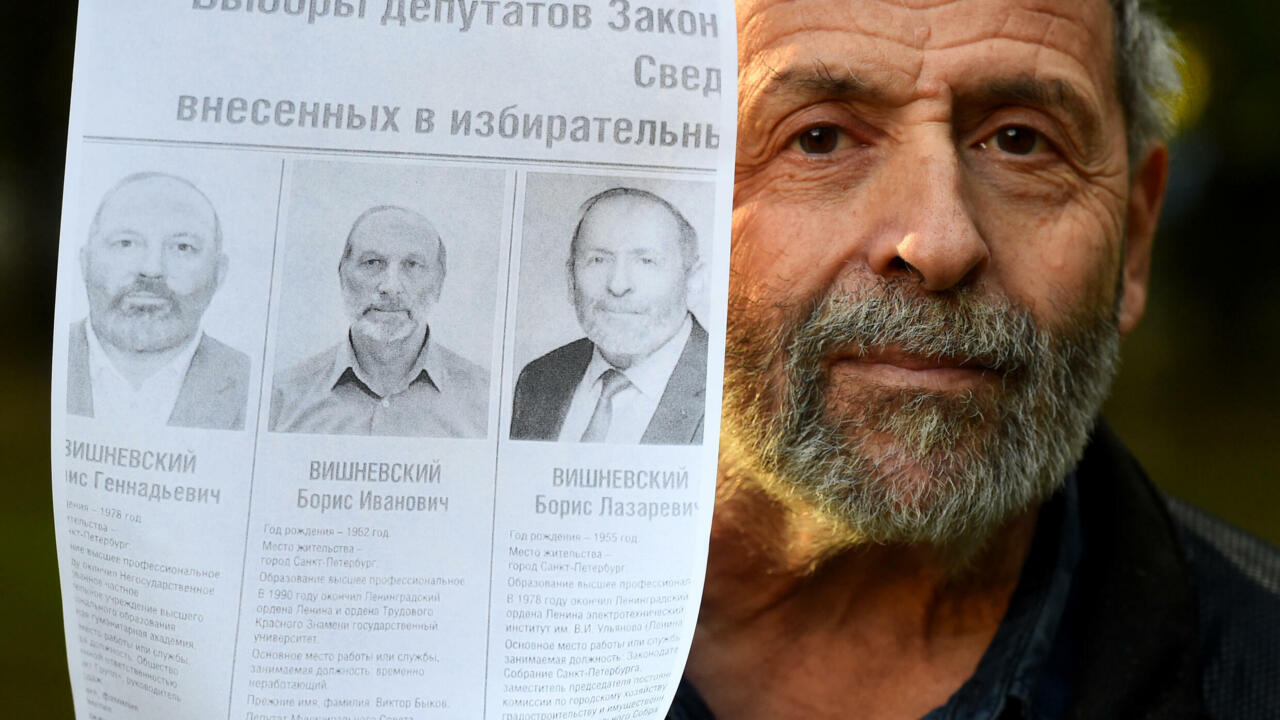 Russian opposition politician lost weekend election to Kremlin-aligned opponent after spoiler candidates in the country’s second city, St. Petersburg, changed his name and even appearance for him look like.

Russia held parliamentary and local elections marred by irregularities and allegations of fraud, with early tally showing an easy victory for the ruling United Russia party.

Ahead of the vote, Boris Vishnevsky’s case made headlines after claiming two other candidates changed their names and appearances in an update on the common tactic of appointing a ‘double’ to split the vote and offer victory to another candidate.

He said they grew beards and mustaches for election posters.

Monday’s preliminary results showed that Vishnevsky, who belongs to the liberal Yabloko party, was defeated by Sergei Soloviev of the ruling United Russia party.

Vishnevsky, 65, told news site Znak.com he was barred earlier Monday from filing a complaint against the vote.

He said five men snatched copies of the complaints and questioned him, but did not cause him any harm.

With almost all of the votes counted on Monday afternoon, President Vladimir Putin’s United Russia party was on track to retain its majority in parliament.

The vote came following an unprecedented crackdown on the opposition, with all outspoken critics of the Kremlin barred from standing.

David and Art – “An American in Paris”