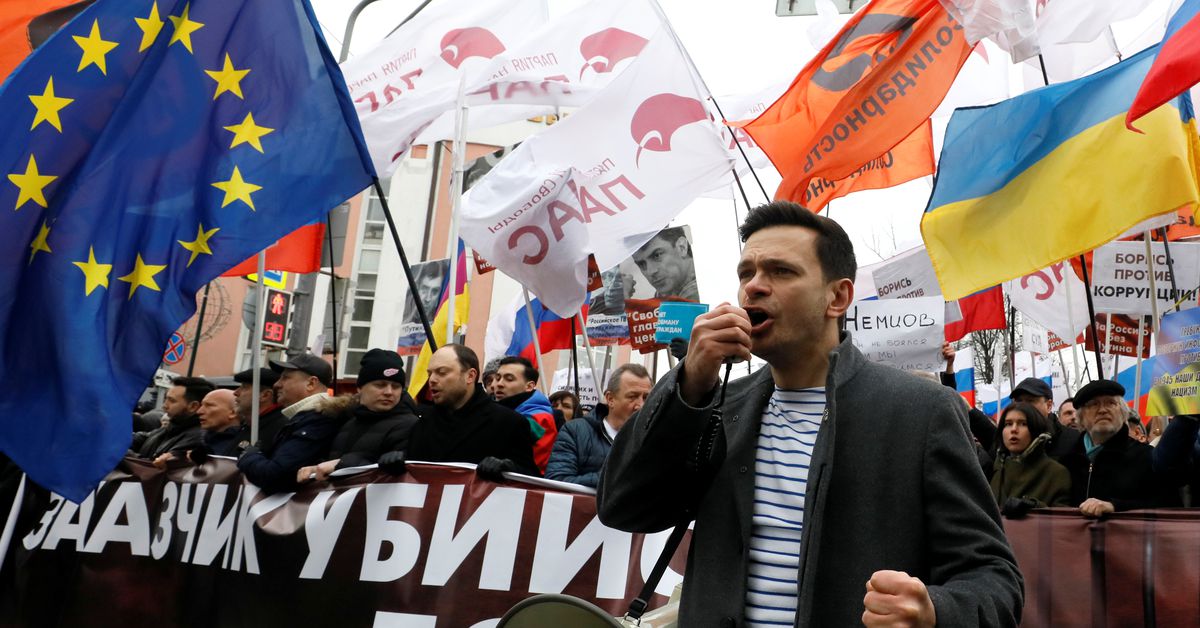 Russian opposition figure Ilya Yashin addresses supporters during a rally to mark the 5th anniversary of the murder of opposition politician Boris Nemtsov and to protest against proposed amendments to the country’s constitution, in Moscow, in Russia, February 29, 2020. REUTERS / Shamil Zhumatov

June 28 (Reuters) – Prominent Russian opposition politician Ilya Yashin was arrested in Moscow on Monday, a lawyer for opposition figures and a Russian journalist said on their social media accounts.

Irina Babloyan, a journalist and host of the now defunct Ekho Moskvy radio station, said Yashin was arrested as they walked together.

“I was walking with my friend, Ilya Yashin, in the park… The police came and took Ilya away,” Babloyan said on the Telegram messaging app.

Lawyer Vadim Prokhorov, who has represented many Russian opposition figures, also said Yashin was in custody for the alleged administrative offense of disobeying a police officer.

“I am not allowed to go to the (Moscow) Luzhniki Police Department to (see) inmate Ilya Yashin,” he said on his Facebook page.

Reuters was unable to independently verify the information. There has been no official confirmation of the detention from the Russian authorities.

Yashin’s detention is the latest in a broader and long-running crackdown on opponents of the Kremlin. Opposition politician Alexei Navalny is the most prominent Kremlin critic to be imprisoned, serving an 11-and-a-half-year sentence. Read more

Since the Russian invasion of Ukraine began in February, thousands of people have been arrested during protests in dozens of cities across Russia. Read more

Yashin, a city deputy for Moscow’s Krasnoselsky district, is an outspoken critic of the war the Kremlin calls a “special military operation”.

“I’m staying in Russia,” Yashin tweeted on March 7. “I’ve said it before and I keep saying it: Russians and Ukrainians shouldn’t kill each other. If I’m destined to end up in prison for anti-war speeches, I’ll accept it with dignity. “

Reporting from Melbourne by Lidia Kelly; Editing by Stephen Coates