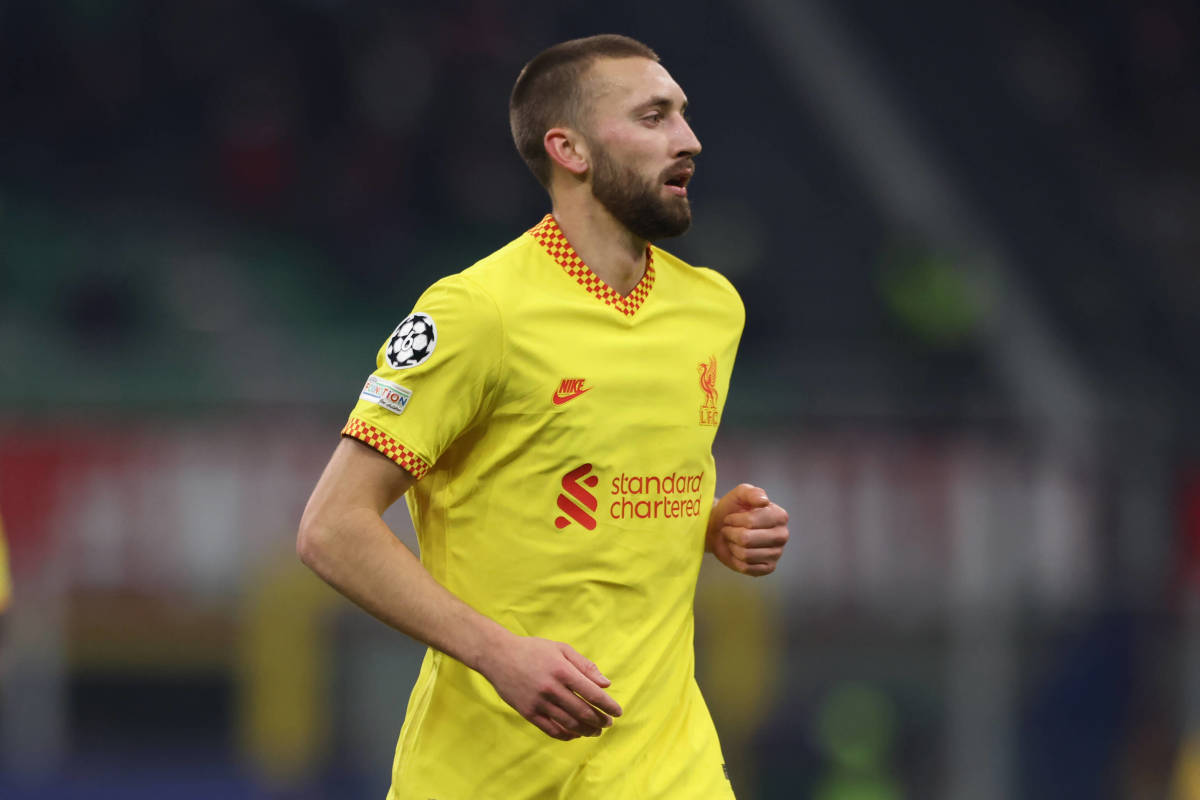 A reliable Liverpool-based reporter has revealed he believes Nat Phillips will leave Anfield in January.

When Liverpool kept Nat Phillips last summer, a lot of people were confused.

His stock was never going to be higher. Moreover, with the return of Virgil van Dijk, Joel Matip and Joe Gomez, as well as the purchase of Ibrahima Konate, keeping the 24-year-old didn’t make sense.

However, the club decided to give him a new contract and keep the center-back in the squad, using him as a last-choice option.

Despite signing a contract, which was likely signed to help Liverpool retain their value when sold, Phillips could be out as early as January.

GOAL’s Neil Jones recently claimed on Redmen TV’s Journo Insight Show that he believes Liverpool will have offers for him in the upcoming window.

â€œHe should be seen as an example for everyone. When it’s thrown into it, it delivers. He just keeps delivering when he needs it.

“Liverpool wanted too much money for him this summer otherwise I think he would have been sold. Can they charge the same kind of fees?” Jones said.

â€œIt’s not a less attractive prospect now than it was this summer.

â€œFrom his perspective I think maybe on loan until the end of the season. He’s 24, you don’t want to be sitting on the bench, or sometimes not even on the bench, you want to play football.

“I think Liverpool would be fair to him if an offer comes in, and I expect there will be offers. I would say maybe more loan than permanent.

“I think there is a good chance that he will leave Liverpool in January.”