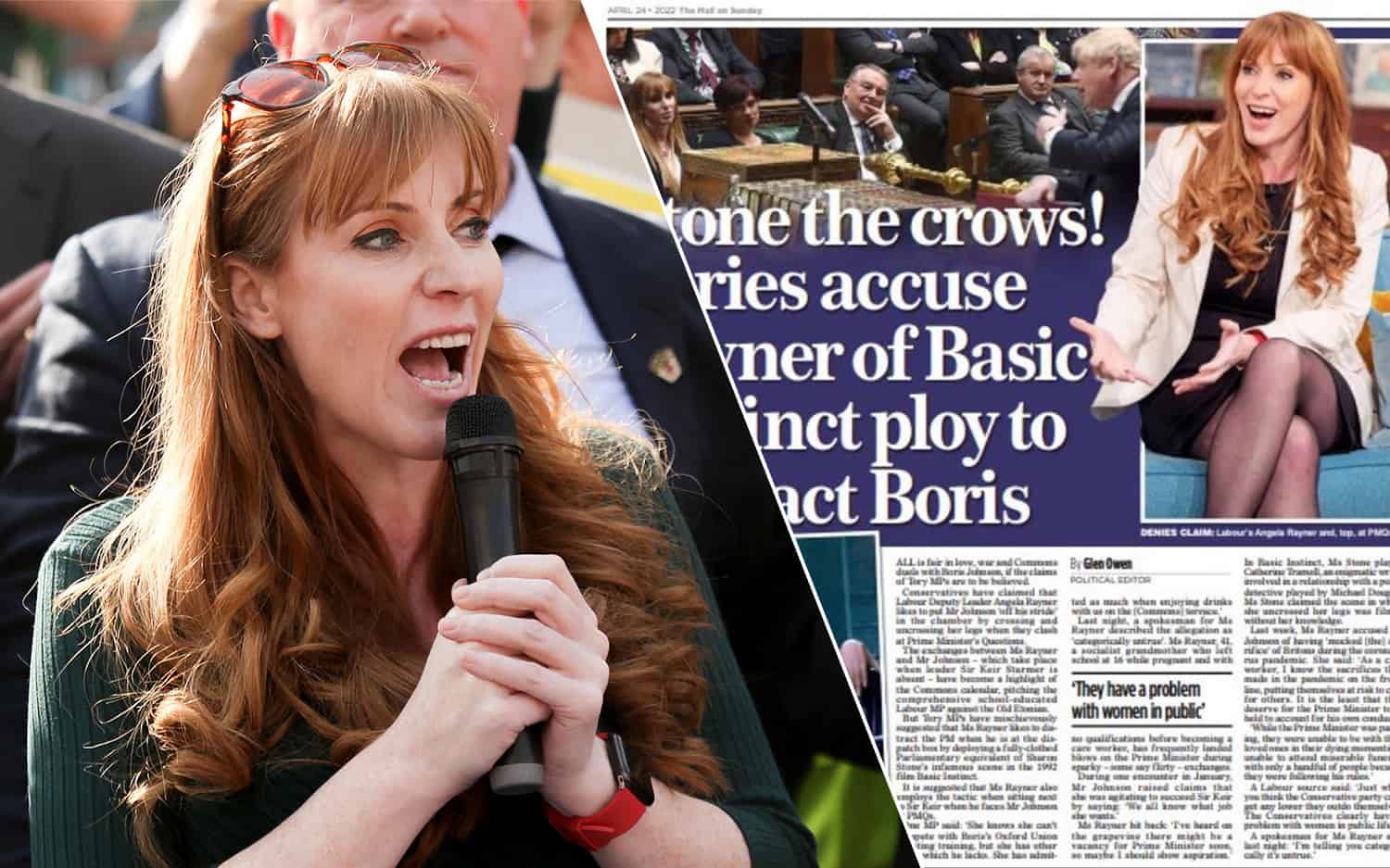 Angela Rayner’s “Basic Instict” line has been taken up a notch again today.

If you missed it, here we go.

First Dan Hodges wrote in the Mail that Rayner herself made the comments.

Then Glen Owen, who wrote the original article, opened another article in which he discussed the abuse he suffered after the Mail on Sunday published the story.

But back to Hodges first, he writes:

According to one MP who was part of the group, “She said, ‘I like doing my tour of Sharon Stone. I cross and uncross my legs and give her a flash of my ginger g******” [a vulgar and offensive colloquialism].’

When this story broke, #growlergate started trending, not the healthiest hashtag we’ve ever seen.

A lot of people seem to think his article left Rayner with an egg on his face.

But wait, had the Mail published this Basic Instinct comparison in January?

As we return to the reporter who broke the story. He wrote an article titled: ‘Shown by Angela Rayner’s online trolls: Mail On Sunday political editor GLEN OWEN recounts his week of despicable abuse at the hands of Twitter warriors of the left.

Here’s a little snippet of his story.

By late morning, I was on trend. A signature photo taken nearly two decades ago has become the focus of the Cyber ​​Colosseum; a charmer compared the dimple on my chin to a ‘cat hole’, while Labor MP Diane Abbott said it was ‘interesting’ that I felt allowed to ‘judge women MPs by their looks’ – something something I hadn’t done.

Other messages were more serious. One post detected “strong rapist energy” coming from me, while another went to the opposite extreme by suggesting that I was an “incel” – an involuntary celibate. I also apparently had “one of those conservative faces you would never tire of throwing an anvil at.”

There wasn’t much sympathy for Owen and people waded in, yet again, with comments about him:

Recovering Philosophy in the ‘PhD in Nigeria – By: . .