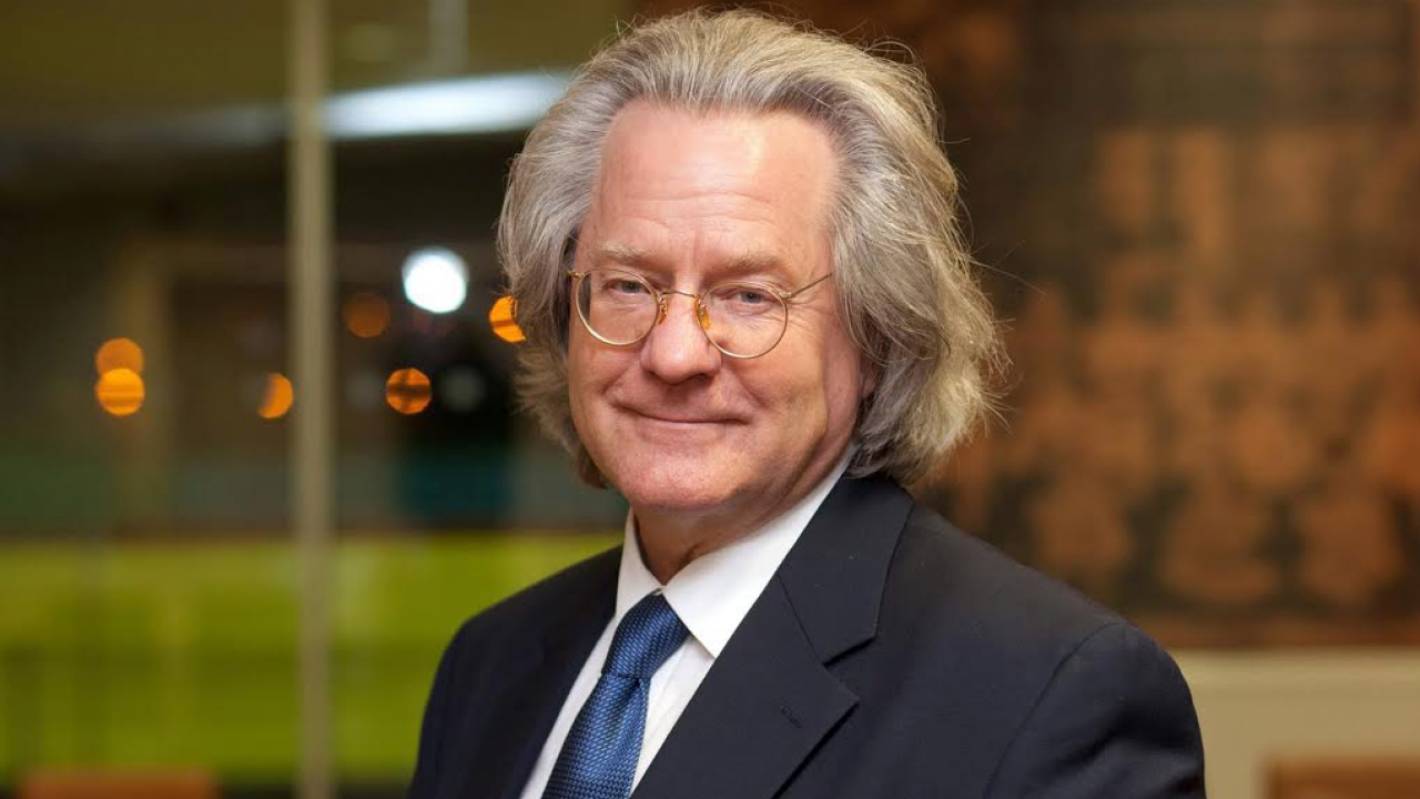 British philosopher and writer Professor AC Grayling comes to the Auckland Writers Festival to discuss his latest book, For the Good of the World. He speaks to James Borrowdale about the potential for humanity to work together to overcome challenges to its well-being – and to its survival.

We will all eat worms sooner or later – by choice before long or by necessity as the world burns.

The grim prognosis was delivered by telephone from the London study of philosopher and writer Professor AC Grayling. Either the world finds a way to solve the problems we face – by harvesting worms for consumption, to continue his example, instead of razing the Amazon for cattle – or we will one day rush through the “ruins”. of a world that has been devastated”, sifting through the shadows of what once was, to find enough protein to sustain the human animal.

Climate change, the frenetic pace of technological development and what Grayling calls “the terrible deficit” of justice in the world: these are three of the tracks, sketched in For the good of the world, by which Grayling sees the world heading towards this ashen vision of the future. (There are of course, he notes in the conversation, many more.)

And the engine behind this terrifying journey, he says, is built on “inaction, profit and self-interest”, codified in a principle he dubbed Grayling’s Law. He states, “Anything that can be done will be done if it brings benefit or benefit to those who can do it.” It comes with an equally dark corollary: “What can be done will not be done if it entails costs, economic or otherwise, for those who can stop it.

Grayling is the author or editor of books in his thirties and is accustomed to dealing with major subjects: religion, war, democracy, the history of philosophy. The conversation with him is as replete with references to these and other areas – the Federalist Papers, Wittgenstein, the depredations of British colonial rule in India, Brexit and the problems it brought – as to the exasperation with the state of the world. Exasperation – perhaps even desperation – runs through his words as he articulates the urgency of his message.

We spoke in the week following a wave of record high temperatures in the UK, with drought expected to follow – further indicators that “the global climate is stressed. And we know why, we know what happened. But progress in doing anything meaningful about the deleterious effect of human behavior on the environment has been “painfully, painfully slow”.

“It is stymied and blocked by people, big business, the oil companies themselves, even governments who don’t want to lose any competitive advantage over other economies by going too fast in transition and loading their own economies with the cost of doing so. There’s a serious problem here: we’re not fixing this properly, and people are going to suffer.”

Technological progress is subject to the same law – and what might start with noble intentions, such as using brain chip technologies to treat diseases such as Parkinson’s disease, epilepsy and traumatic memories, will , unless “we work really hard to find ways to deal with them”, inevitably end up serving nefarious purposes, if there is any profit to be made.

“If you can control mood one way, you can control it another way. If you can deal with difficult memories, traumatic memories, that people have, well maybe you can implant or altering memories.These are the kinds of questions that are no longer sci-fi scare stories, they are so much within the realm of the possible that we need to at least think about them.

Perhaps these and other existential problems could be more easily mastered, were it not for Grayling’s third threat: “the fact that the vast majority of people have so little say”, even in putatively democratic nations of the world. Some democracies, he said, have been so bruised by the partisanship and malfeasance of special interest groups that they barely even deserve the name.

Only a government “truly for the people – it’s all the people, not just one political faction, political party or coalition”, he says, could bring “more serious, more mature, more considered approaches to these big problems that the world faces on a global scale.Grayling’s law, in other words, could be broken on the basis of genuine democratic suffrage.

It would be, he concedes, “an idealized democracy”. But it remains a horizon worth navigating, if only to see how close we can get. He says New Zealand — with the MMP, its educated population, its small size, its wealth — represents a closer approximation to that ideal than either its homeland or the American experience.

And his – “rather utopian” – hope is that conversations like the one behind those words will reach “many, many people, and people will wake up” and then use their own voices to alert others and agitate, protest, strike or other campaign “to ensure that matters which need to be discussed are discussed properly”. People should not think of themselves as isolated units, he says; change is “only possible if we do it with others, so that we can push governments to work with other governments and so on. [We must] reach out, consider ourselves part of a possible solution.

But can that be enough? Under an international order which he describes as “anarchy”, supervised by an organization, the UN, which he describes as “structurally handicapped”? In a world torn apart by divisions, where even a smaller – but enormous – challenge like Covid-19 has been met in a ad hoc, country by country, and is often destructively politicized within these separate jurisdictions? Can basic organic action work in the face of these and other obstacles?

Grayling responds with a kind of bitter optimism – the crisis, he says, is more likely than anything to shake people out of their apathy. “With everything collapsing around our ears and serious issues looming over us, this could spur people to action or take a stand. Even just thinking differently, or voting differently, or writing a letter to an MP: these things can, cumulatively, make some kind of difference.

It may already be too late, he admits. This is particularly true of climate change, where part of the problem is now about mitigating and adapting to the changes we have already caused. But giving up, says Grayling, is not an option; we literally have the world to lose.

“If you’re attacked by someone and you’re fighting for your life, even if you’re bleeding and the other guy has all the guns and knives, the thing to do is keep fighting, don’t not, until the very last. Because you never know. If you are someone who feels that there is a small ray of hope, that something could tip the scales, something could change, there could be something unexpected that would really provide some kind of leverage to really make a change – as long as there’s a possibility, as long as there’s just a glimmer of hope, you have to keep going This is the view I take.”