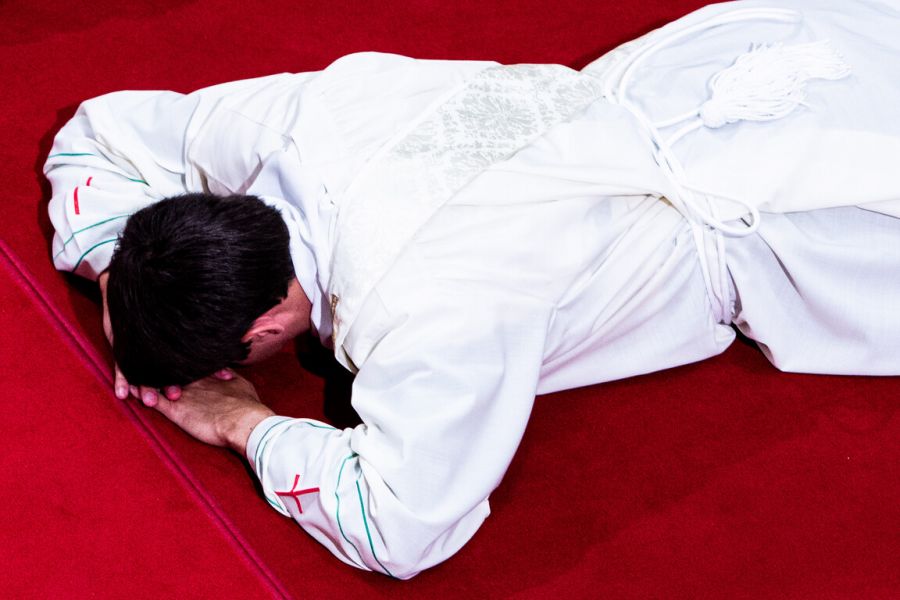 The newly ordained priest quoted Saint John Vianney, the parish priest of Ars: “I bowed down conscious of my nothingness and I became a priest forever.

SEGOVIE, Spain – On June 20, Bishop César Franco of the Diocese of Segovia, Spain, ordained Álvaro Marín Molinera priest – almost 11 years after the ordination of the last priest for the small diocese.

Family, friends and a large representation of priests and deacons from across the province also attended the ordination ceremony in the cathedral.

Father Marín, 27, was ordained a deacon in October 2020 and received training at the University of Ávila and the Pontifical University of Salamanca.

The last ordination of diocesan priests in the diocese dates back to July 4, 2010. Franco also ordained a young Claretian priest on June 5.

According to the newspaper El Adelantado of Segovia, the new diocesan priest chose as his motto: “I can do everything in Him who strengthens me.

During his homily at the Ordination Mass, Bishop Franco declared that “the priesthood gives you the power to face evil, but in order to do this you must imitate in your life the mystery of the cross”.

The bishop stressed that in order to exercise the ministry, “you cannot be a coward, not trust in Christ or live the faith in a mediocre way”, and therefore he encouraged Marín to put all your strength in Jesus. -Christ.

The newly ordained priest quoted Saint John Vianney, the Curé of Ars: “I bowed down conscious of my nothingness and I became a priest forever.