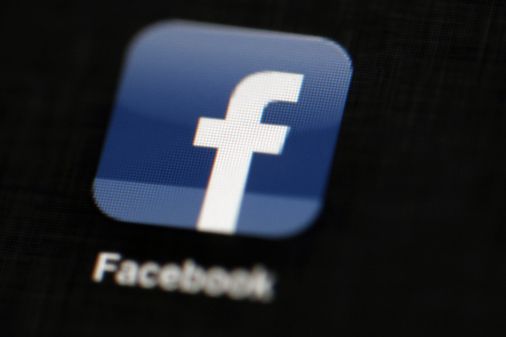 Politicians, start separating yourself from Facebook – the Boston Globe

“Company executives know how to make Facebook and Instagram safer, but won’t make the necessary changes because they put their astronomical profits ahead of people,” she told the Senate trade subcommittee. on consumer protection, product safety and data security.

Officials are right to dig into Facebook, which reported record revenue of nearly $ 30 billion last quarter. But lawmakers at all levels of government can also lead by example, ensuring that using a Facebook service – or those of any other Silicon Valley company – is never the only way to participate. in public life.

Right now, some officials are using Facebook as their preferred vehicle – and sometimes alone option in the midst of a pandemic – to communicate with the public and with their own constituents.

Facebook’s many sins have been an open secret for a long time now – revelations on Russian electoral interference to the scandal of Cambridge Analytica data mining of Facebook profiles, to algorithms that direct users to inflammatory and often false content. But at the heart of its being – and so often overlooked by those who are enamored with its hot, fuzzy ads touting its ability to bring people together – Facebook is all about making money from the data it uses to target ads, whatever. something managers unwittingly help them do every time they broadcast an event on Facebook Live and force citizens to expose themselves to the corporate data trail and divisive click bait.

The pandemic has brought a kind of boom to Facebook, not only from those who use the platform to stay in touch with friends remotely during lockdowns, but also from its continued use by public entities and officials. who use it as a substitute for in-person public meetings. , such as those required by Massachusetts town hall laws.

On Tuesday, for example – even as Haugen detailed Facebook’s â€œmoral bankruptcyâ€ – the chairman of at least one Massachusetts legislative committee was using his Facebook page to live stream a public hearing.

Asked why Senator Eric Lesser, co-chair of the Committee on Economic Development, Energy and Technology, chose to host the live broadcast of the committee’s hearing on his Facebook page, his spokesperson replied: â€œLegislative Information Services (the IT department of the House and Senate) does not have the capacity to broadcast more than one hearing at a time.

â€œWe don’t choose to use Facebook; we have to do it for capacity reasons, â€she added.

Videos of all of these hearings are eventually posted on the Legislative Assembly’s website at the end of the day, but for those who wish to watch them in real time, there is no alternative.

House sources disputed the need to use Facebook, insisting that the Legislature has the ability to live stream concurrent hearings, in addition to informal and formal sessions of the House and Senate, and that Legislative Information Services work with committee chairs to organize virtual hearings.

The legislative calendar of September 15th, for example, lists three hearings at 10 a.m., all hosted on the state’s own live streaming service.

And since the House Reopening Task Force recommended continuing virtual meetings even after the State House reopens to the public in an effort to reduce overcrowding, have committee chairs vow to always offer options. no Facebook. advance is crucial.

The reason elected officials would want to use Facebook is obvious: it’s easy. And their captive audience can see not just the audience, but all the other wonderful things that politicians have been up to lately (besides anything Facebook wants to sell).

Lesser and Chan have a lot of company in the public domain. The Massachusetts Cannabis Control Board also uses Facebook to live stream its meetings, as does the Everett School Committee.

It is one thing for a candidate or an official to use Facebook. It’s another thing when they get residents who are interested in a particular issue to use it too. The public is public, and no one who wants to virtually attend a public meeting – a technological advance that shouldn’t go away with the end of this pandemic – should not have to submit to Facebook’s profiteering and manipulative algorithms. Certainly not when there are alternatives.

Time and time again, Facebook has abused its management of its corner of the public square. Smart politicians should not be complicit in these abuses.