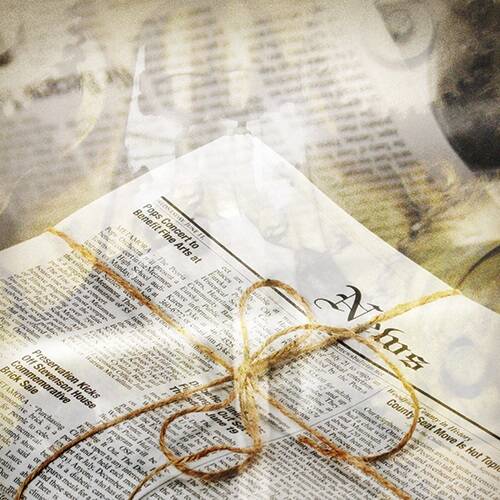 A petite lady – and a Southern woman with the charm and grace that she was – Ms. Sharpe has always had an oversized effect on the particular cause she championed. There were many in his 94 years, and they were pursued to the end. She passed away on Sunday, unable to escape the hospice again, her body finally wearing out but her mind sharp and keen until the very end of the remarkable story she wrote.

Robeson County owes him a great token of gratitude because the native of St. Pauls loved the place. His gift to all of us was to improve it, especially by preserving our common history.

I have known Ms. Sharpe for most of my life, having been friends with her youngest son, Hal, when we were young, and her second son, Cliff, who was in my fraternity in college. He was less familiar with his oldest son John Allen, but he happened to be nearby and in a boat in 1983 when my canoe capsized in Lake Jordan and I was swimming to retrieve an escaped igloo with valuable contents, this that may have saved my life – a story that is better not to detail today or never.

I got to know Ms. Sharpe in a new way while I was editor of the Robesonian.

You are probably aware that Mrs. Sharpe and her late husband, Jack, co-owned this newspaper for many years prior to its sale in 1982, which I know they vigorously opposed. She called me often over the years, mainly to offer story suggestions, but also with occasional compliments, perhaps about an op-ed I had written or a tough stance on the newspaper. had taken. I appreciate all kind words, but I hold some in the highest regard, and all of Ms. Sharpe’s fell squarely under this heading for two reasons: She was an accomplished journalist herself and she did not deliver compliments like confetti.

While there is a tendency in this country today to erase the past or recast it so that it is unrecognizable, Ms Sharpe’s interest was to honor history as it unfolded in giving it breath. To this end, she was instrumental in restoring the Carolina Theater to the Historic Carolina Civic Center, a gem that has enriched the lives of so many, and she took the lead role in the establishment of the Robeson County History Museum, a quaint treasure on Elm Street.

Most of our conversations during my tenure as editor had to do with what was called Robeson Remembers, which she designed and saw from start to finish. His idea was to recruit local historians and writers for a series of articles that would focus on the history of Robeson County, its people, places and other topics of interest. Over 200 were published during my tenure as editor, the latter adding appropriate symmetry by featuring Ms. Sharpe.

I remember when she pitched the idea for Robeson Remembers, and I was, frankly, a little skeptical, knowing that Ms. Sharpe had a soft voice but was able to add decibels. She and I worked at different speeds, mine always a sprint cemented by a near deadline, hers quietly, her nature I’m sure but she was also slowed down by age. His thoughts were still relevant, but sometimes the job was to get them back.

Fairly quickly, I realized that the best way to speed up those conversations was to simply give Ms. Sharpe what she was looking for, which sounds like an accommodation but really wasn’t. His journalistic instincts were perfect and listening was to my advantage.

She opened my eyes to the value of a recording released from the past, and I came to realize what a gift she was giving to a newsroom with dwindling resources in a county that was prolific when it came down. was trying to make the headlines.

My concern – that promises such as a blank copy, met deadlines, interesting works of art and subjects reflecting the diversity of this county will not be kept and that Robeson Remembers is a burden and not a blessing – will not be fulfilled. is never materialized. His biggest concern was that Robeson Remembers covered every corner and color of this county. He never strayed from this mission.

I came to understand how scrutinized the copy was scrutinized before it was canned, delivered and cut and glued for publication.

I learned a lot from reading these Robeson Remembers, and more than once they have served as a source for other stories, especially when this county lost a notable person, when we did our reporting for our own history. and taken from a Robeson Remembers. Prior to this column, I reread the 93 inch story about Mrs. Sharpe that was published on August 3, 2014, and told the story of her humble beginnings on Second Street and her 15 mile journey to the family home on Riverside Boulevard which stood on a hill and overlooked the Lumber River. It was the perfect time for Robeson to remember.

The story, written by Bob Horne, a former editor of this journal, reminded me of many things I knew but only vaguely, and some of the blanks were filled in, including the fact that Helen Seawell Sharpe did was not born into privilege but earned it through work. . It was fascinating read, worthy of its topic, and fueled many memories.

Thanks to Mrs. Sharpe, these memories and others dear to this county will not be faded, but will endure, within the reach of those who care. Ms. Sharpe did more than preserve our history, she did too.

A lifetime of achievement ticked off, it’s time to rest Ms. Sharpe. You will be missed very much.