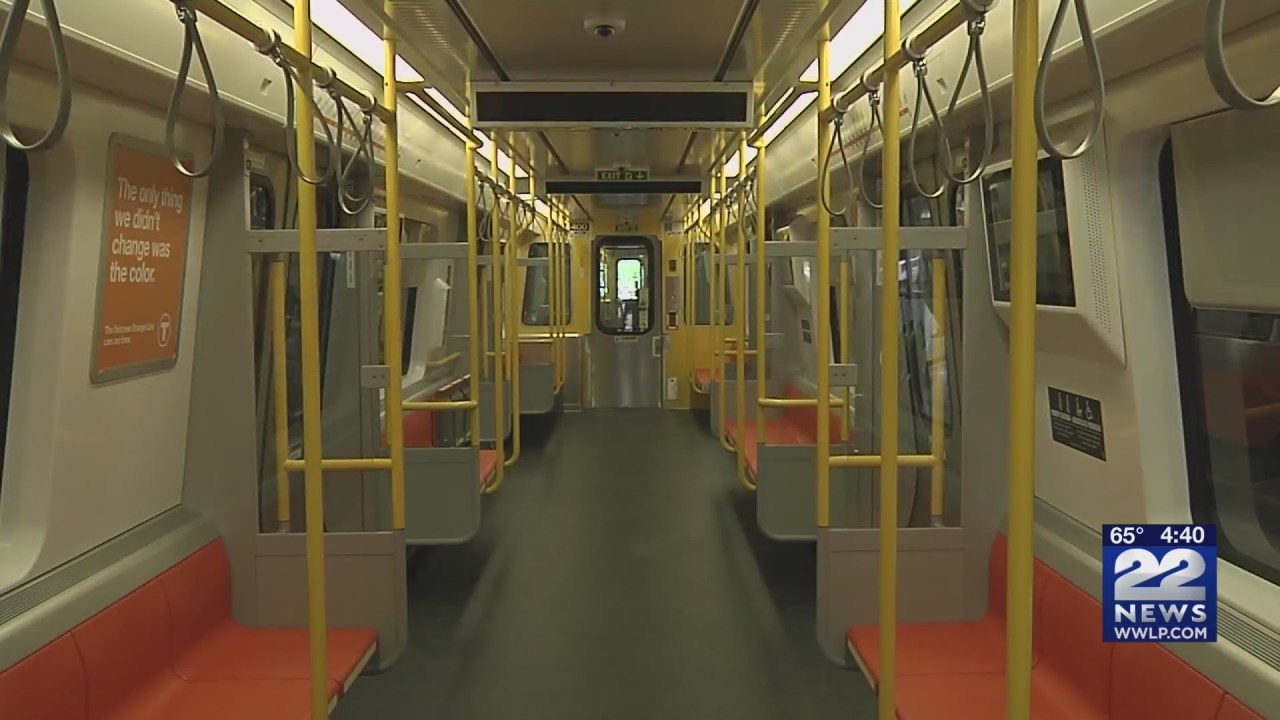 BOSTON (SHNS) — Several elected Democrats took aim at Gov. Charlie Baker on Wednesday after the release of a scathing federal report documenting MBTA security shortcomings, blaming the incumbent Republican or his deputies before the roll of corner offices in January.

The two Bay State US senators, Ed Markey and Elizabeth Warren, both criticized “the failures of the Baker administration” as being responsible for the continuing problems at the MBTA, while Congressman Seth Moulton called to a clearinghouse at the T and a “top-down” deployment. substantive changes.

Baker has faced mounting pressure for months over the chaos at the T, which has been marred by collisions, derailments, fires and other incidents that have prompted a federal investigation.

Federal Transport Administration Wednesday release from a 90-page report describing an overemphasis on the capital budget at the expense of day-to-day maintenance, endless staffing shortages and a Department of Public Services that failed to fulfill its oversight role pressure on the governor, who at the start of his first term he gained greater control over the MBTA.

In a joint statement, Markey and Warren said the report “underscores what we already know: the current MBTA crises are the unprecedented consequences of systemic neglect, underinvestment and mismanagement of the transportation system. in common of Greater Boston”.

“It’s shameful that our country’s first public transportation system has reached this entirely avoidable point, where deep service cuts and massive subway line closures are deemed necessary to get the T back on track,” the officials said. two Democratic senators. “It is unacceptable that the MBTA has forced riders to bear the brunt of the Baker administration’s failures.”

Markey and Warren called on the state government to “take its role seriously” by making full use of the DPU’s oversight capabilities and incorporating municipal feedback on the MBTA.

Another lawmaker representing Massachusetts in Washington, DC, Moulton, took aim at the leadership team Baker installed at the MBTA.

Moulton called for a “wholesale culture change” at the T, questioning why the transit agency is “failing in the most basic maintenance measures when our peers around the world are able to maintain their own up-to-date systems and to operate safely”.

“The MBTA needs top-down changes that affect everything from hiring to vision and culture. If we only fix the immediate maintenance and safety issues, we’ll be back here with the same issues in four or five years,” Moulton said in a statement. “The new report released by FTA details a perfect storm of systemic failures – inadequate staffing, ineffective communication, failure to meet safety and maintenance standards – that have led to the situation MBTA finds itself in today.”

Asked if Moulton thinks MBTA chief executive Steve Poftak should be removed from his position, a spokesperson said the congressman said, “After reading this report, it’s clear that MBTA needs to be rebuilt from the ground up. This includes senior management.

The MBTA could be on the verge of major sales in just a few months.

Attorney General Maura Healey, who is set to head for the Democratic gubernatorial nomination, rolled out a transportation plan on August 16, which includes the appointment of a new chief executive, two deputy chief executives, and MBTA board members with experience in “transit, security, organizational management, service to customers and crisis communication”.

Former Rep. Geoff Diehl, one of two candidates hoping to win the GOP ticket, says Axios this month he feels that the current management of the MBTA is incapable of making the necessary changes. Diehl’s campaign did not immediately respond to a request for comment from the press office.

Republican gubernatorial candidate Chris Doughty has not said whether he will seek to remove Poftak or other MBTA leaders, although a campaign spokesperson said Doughty has “great concerns about the MBTA, from the rail yards to the boardroom”.

“The best route would be to spend quality time with managers, visit maintenance and repair workers at job sites, call stakeholders to analyze gaps, and develop a roadmap that leads durability and safety,” Doughty spokeswoman Holly Robichaud said. A declaration. “For Chris Doughty, everything will be on the table. Leadership changes should always take place in private to preserve the dignity and reputation of government employees. This is how a good leader works.

Baker has supported Poftak during the recent upheaval and previous periods in the spotlight, including a summer 2019 redline derailment that led to long disruptions.

When discussing the FTA findings on Wednesday morning, Poftak said he was aware of the possibility that his remaining time at the MBTA summit could be limited, calling himself “not naive”.

“As long as I am authorized to hold it, I serve at the pleasure of the secretary. I’m here in this role to manage the T to make it as safe as possible. To the extent there is a transition on the road, I am committed to making it as orderly and structured as possible,” Poftak said. “Leaving me aside, the notion of an overall transition is something that has been discussed many times by multiple parties, and I think the importance of some level of continuity of the T has been repeatedly emphasized. .”

Poftak has held the top spot in the T since January 2019, making him by far the longest-serving general manager of the past decade. Before Poftak, the MBTA went through nine different chief executives in nine years, a trend several people interviewed by federal investigators noted.

“Across all levels of the organization, from the frontline to supervisory and middle management to senior technical management, FTA has found support for executive leadership and appreciation for the stability of having a cohesive MBTA leadership team in place since January 1, 2019,” the FTA said. written in his report.