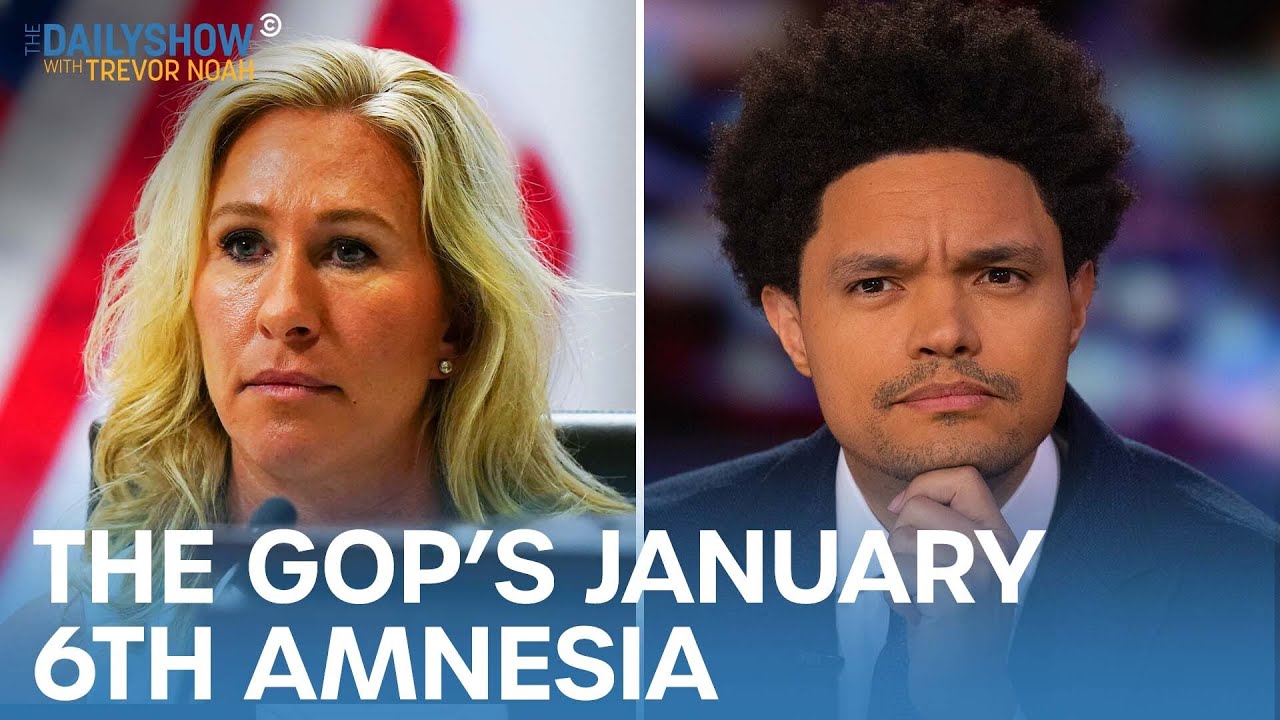 “Politicians are supposed to be good at lying”

A number of Republicans claimed they did not recall various phone calls and text messages they exchanged around the incident at the Capitol on Jan. 6, and Trevor Noah of the “Daily Show” called them Monday night.

Noah released footage of GOP members, including Jim Jordan, who could not recall Jan. 6 calls with former President Donald Trump, and Kevin McCarthy, who recently denied the New York Times report that he allegedly suggested in the following days that Trump should resign as President. It was Marjorie Taylor Greene’s recent ‘I don’t remember’ comments on text messages that showed her support for the annulment of the election – and Trump’s imposition of martial law in the days surrounding the certification of the vote – which Noah disputed.

“But as worried as I am for these guys, folks, I’m really concerned about Marjorie Taylor Greene, Congresswoman from Georgia, soccer mom who definitely punctured the other team’s bus tires,” Noah joked. . “See, a couple of MTG voters filed a lawsuit to disqualify her from Congress because of her role on Jan. 6. Yeah, apparently there’s something in the Constitution that says you can’t stand for election if you make an insurrection against the government.

“And now we all know that probably won’t work, but Marjorie Taylor Greene was still forced to testify at a hearing on Friday. And it seems like no one was hit harder by Jan. 6 amnesia than her,” Noah said as he introduced the edited clip.

“Look, man. I mean, clearly this person is not qualified for Congress because politicians are supposed to be good at lying,” Noah joked. “It was just embarrassing.”

Watch his monologue above.