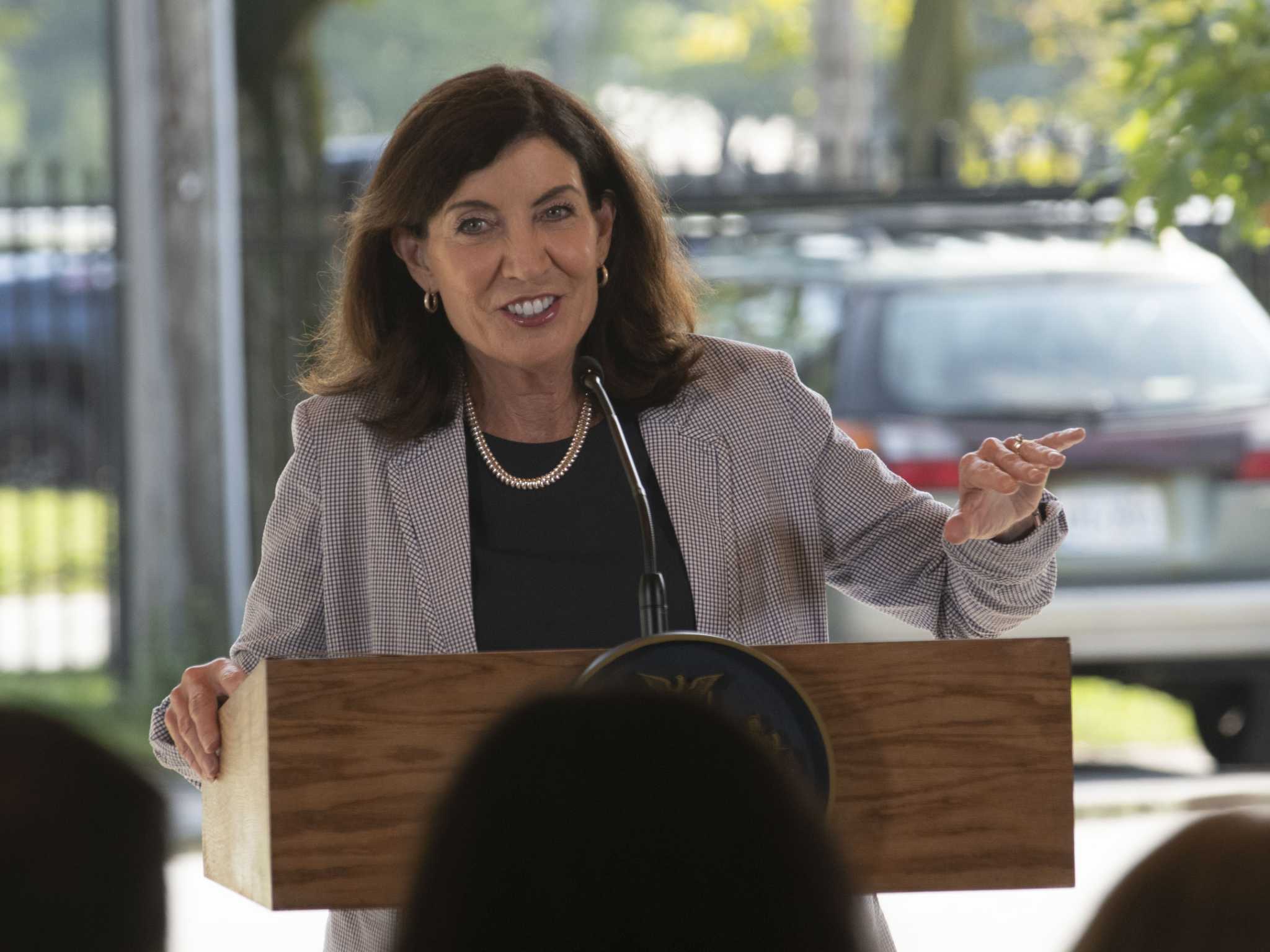 ALBANY – I don’t mean to shock you or ruin your day, but for a brief moment I started to think that Kathy Hochul had told us a lie.

Hard to believe, I know. Our governor is a politician, and if there’s one attribute people associate with politicians, it’s complete honesty. Unlike the rest of us imperfect human beings, politicians are models of moral virtue. Their word is golden, everyone knows it, and nothing good can tarnish the fine reputation of the profession.

Nevertheless, I considered a few facts.

In July, the governor said the following during a press conference about the top donors to the Digital Gadgets campaign and the $637 million deal the New Jersey retailer received from his administration: “I don’t I didn’t know it was a company that backed me. I don’t keep track of that. My team, they have no idea.”

Politicians always say they don’t follow donors. They also say the contributions have no impact on politics. Both statements, of course, are a million percent true.

Donors give massive sums of money because they have a deep respect for the political system and it is just a coincidence – and nothing more – when they subsequently win juicy contracts.

If you think otherwise, well, check your cynicism.

In this particular case, however, there is a small problem. About a month before the Hochul administration agreed to buy millions of COVID-19 tests from Digital Gadgets for $13 per test — about double the price per test offered by other distributors — she had attended a fundraiser hosted by company CEO Charlie Tebele. My colleague Chris Bragg reported this detail in an article published on Tuesday.

As I said in last weekend’s column, Bragg wrote a series of stories about the money Tebele and his family members gave Hochul before and after the state bought 52 million of unusually expensive testing — at one time, mind you, when a disaster declaration issued by the governor suspended the normal bidding process for pandemic-related spending.

Tebele, his wife and other family members have donated nearly $300,000 to Hochul’s campaign. Jack Cayre, a Tebele business partner in a digital gadget-related company, and his family donated an additional $418,000. Hochul’s campaign has also hired a member of the Tebele family for its fundraising staff.

So many things to follow! But back to the quote in question. I didn’t know it was a company that supported me.

Could it really be possible that Hochul in December didn’t know that she had attended a fundraiser organized by Tebele in November?

Of course it is. Hochul might have an alarmingly bad memory. Or maybe she attends so many fundraisers that they become blurry, one donor blending into the next. When so many incredibly generous people want to give you money, who can possibly keep track?

Following in Bragg’s digital footsteps, I emailed Hochul spokesperson Hazel Crampton-Hays to ask if she could explain why the Democrat was unaware of the shindig she recently had. attended.

In response, Crampton-Hays said Hochul “did not oversee the procurement process and was not involved in day-to-day procurement decisions.” The governor simply told his team “to purchase as many available tests as possible to meet the huge need across the state.”

OKAY. But that didn’t explain why the governor said she didn’t know Digital Gadgets was a donor so soon after the fundraiser.

Meanwhile, as Bragg reported, Digital Gadgets declined to say how the company got in touch with the Hochul administration regarding the sale. Worse, Hochul’s campaign refused to answer questions about any interaction his staff or the governor had with the company.

I’m ashamed now to admit it, but as I was thinking about all these disturbing details, I went to a dark place. I began to suspect that the Governor might have been a little dishonest with us, that she might have even… lied. It was a terrible, disillusioning and disorienting prospect. Suddenly, nothing made sense anymore.

Was I still in New York, where the elect are particularly known for their integrity, or had I been transported to a dark underworld like, say, New Jersey? I started sweating and my heart started racing. The room began to spin.

In fact, I was headed for complete and utter desperation when I came across something else that Crampton-Hays wrote in his email: “As we have always said, campaign donations have no influence on government decisions and we reject any implications to the contrary.”

Oh, man. I can’t tell you what a relief it was to read that. My pulse slowed, the darkness lifted, the planet returned to its axis.

I now realize what a mistake it was to doubt the governor. Politicians are honest. We know it as surely as we know birds sing. Why would I allow myself to think otherwise, even for a moment?