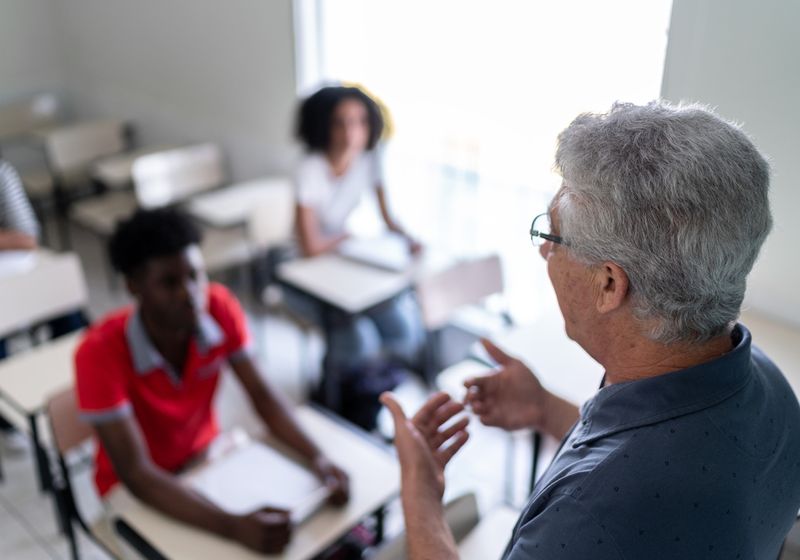 “Eevacuate the city. The latest numbers from the predictive model show the hurricane could strike in two days and cause major devastation. It was not the balanced approach of an emergency manager, a member of the city council or a meteorologist. Rather, it was the insight of a ninth grader performing a simulated disaster exercise in our philosophy of science class. To prepare students to thrive in a world dominated by science and politics, we must bring philosophy into the classroom.

The COVID-19 pandemic has shown how our lives can be influenced by rapidly evolving scientific knowledge and changes in public health policies. Every day, our lives are affected by the latest predictive models of disease transmission, evolving vaccine effectiveness data, and guidelines for social distancing and mask-wearing. All the while, the pandemic has highlighted many Americans’ limited scientific knowledge and distrust of science. A Gallup poll as of summer 2021 found that only 64% of American adults have “a lot” or “somewhat” confidence in science as an institution.

We need to improve K-12 STEM education. But improving STEM education isn’t just about adding lesson plans for microbiology and immunology, or emphasizing hands-on lab work. What we need to do is teach students the fundamental nature of scientific practice – its strengths and limitations – and how science can both affect and be affected by society. In other words, we need to introduce students to the philosophy of science.

The concept of teaching philosophy in high school may seem strange. Philosophy often gets a bad rap, conjuring up images of dense, inscrutable writing and academics who care more about winning verbal disputes than discussing tangible issues. Granted, academic philosophy can often be esoteric and inaccessible, and the field has historically been guilty of underrepresent female and minority perspectives. But in recent years, a wave of enthusiasm has emerged to broaden the reach of the voice and engage the widest audience in philosophical discourse.

However, little attention has been given to broadening access to the philosophy of science education. The philosophy of science examines how the scientific process works, when and why we should accept new scientific discoveries, and how scientific knowledge progresses over time. The discipline also explores the role of different stakeholders in science, how biases and values ​​can influence the process, and how ethical considerations figure into research. These problems — not how to balance chemical equations or how to calculate a projectile’s trajectory — are what Americans are asked to solve every day as we face pandemic news. And recent studies suggest that knowledge of the nature of science can improve trust and acceptance of its conclusions.

At the University of Pennsylvania, with which we are affiliated, Karen Detlefsen leads the Philosophy for Youth Project (P4Y), a K-12 outreach effort. In 2018, as part of several initiatives, we led P4Y’s launch of a ninth-grade course called Philosophy and Ethics of Science at a public high school in Philadelphia. We organized eight class sessions by key questions such as: How to distinguish science from pseudoscience? What counts as valid scientific evidence? Can science answer ethical questions? We have included case studies on ethical dilemmas and modules on crafting logical arguments. Since the launch of the course, we have held several iterations that have featured small group activities, organized debates, and role-playing exercises such as a simulated hurricane run. We have found that high school students are able to critically examine their intuitions and assumptions about science, and rise to the challenge of being propelled into the seats of scientific and political leadership.

As we continue to fight the pandemic and begin our recovery efforts, it is more important than ever to teach the philosophy of science in high school and beyond. We advocate for curriculum reform, including to include improvements to Next Generation Science Standards (NGSS). Released in 2013, NGSS is an educational standard that was developed by a multi-state consortium and has since been adopted by 20 states and the District of Columbia. As previously argued Andrew Zucker and Pendred Noyce, the NGSS represents a substantial improvement over previous standards, but there is still room for further improvement, including a greater emphasis on the nature and history of science. In the absence of widespread reform, however, philosophy of science may be taught as a stand-alone classroom or integrated into existing science and social studies courses through school- and classroom-level initiatives.

Many would say that the high school curricula are already full and the focus now needs to be on How? ‘Or’ What we can go back to class, not What will be taught in class. We appreciate the challenges faced by educators during this pandemic, but also recognize that high school students are hungry for tools to make sense of new developments. Recapturing their attention, whether in the virtual or physical classroom, requires that we genuinely engage with them on the issues of the day. And although program space is limited, we have seen remarkable success from motivated teachers and students in establishing extracurricular philosophy clubs when given enough support.

To help educators expand access to teaching the philosophy of science, we have released our series of pre-university courses lesson plans online so that everyone can use it freely and modify it according to their needs. We have included brief additional background discussions to guide teachers and believe that the lesson plans can be used by any teacher, regardless of their previous training, if any, in philosophy. When changing the curriculum of a course is not possible, educators can still use the material as guides to help frame their teachings and highlight philosophical topics.

Now is the time to think strategically about how we prepare Americans to understand new scientific and medical developments. A greater emphasis on the philosophy of science can help students become critical and open-minded consumers of scientific information and prepare them for the challenges ahead.