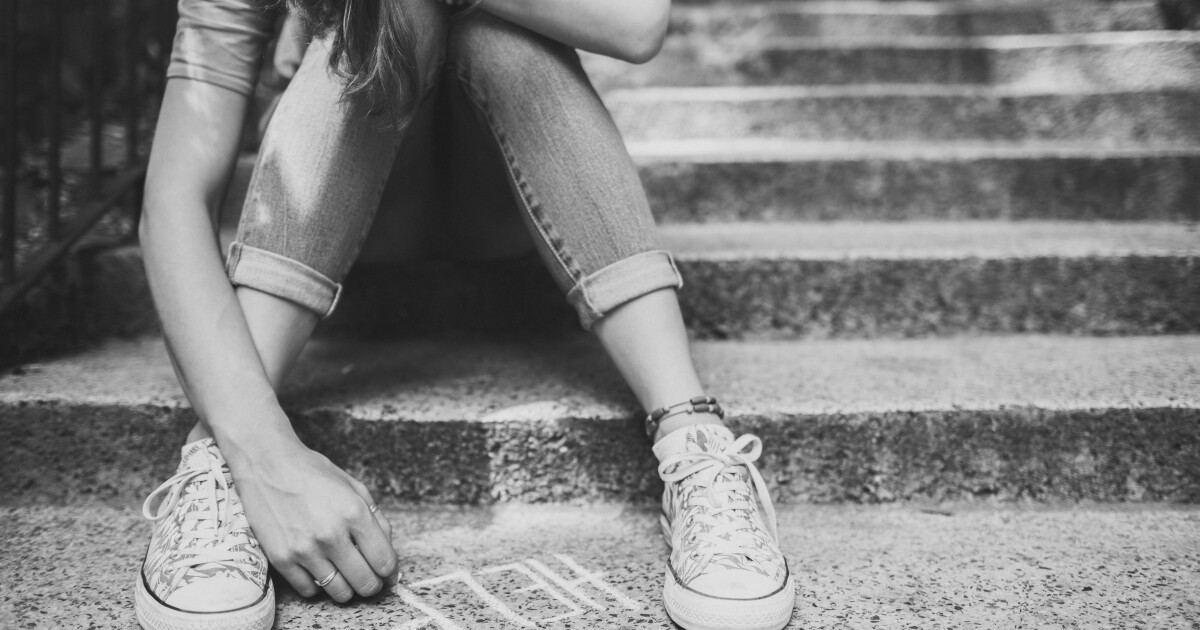 Dean is a news anchor and reporter for NBC 7 and lives in San Diego.

Would you allow a stranger to enter your child’s room? As a parent of three school-aged children, a strong â€œnoâ€ to this question is obvious. But what happens during a global pandemic that catapults millions of children into the digital space for online learning? Do children, let alone parents, know who is really on the other end of that message, that message, or that video game? Our children are more digitally connected than ever and this has opened the door for potential predators to invade places we just assume safe.

As a journalist, I recognized this surprising vulnerability of our children long before the pandemic. I reported several stories about sex trafficking for NBC 7 San Diego dating back to 2016, but I was continually frustrated by misinformation and conspiracy theories that obscured the truth and discredited the extent of sex trafficking. There was a shocking lack of knowledge about how surprisingly easy this crime is to commit.

We provide this platform for free for community feedback. Thank you to all Union-Tribune subscribers whose support makes our journalism possible. If you are not a subscriber, consider signing up today.

When most people think of sex trafficking, they imagine a child abducted from the streets by a stranger or held prisoner in a basement. In reality, this predator is much more likely to be someone in a position of trust – someone who stealthily gains the admiration and affection of a young person, then perverts that relationship for profit.

In March 2019, NBC 7 launched an in-depth investigation to document the truth about this complex and often misunderstood issue. With investigative executive producer Tom Jones and photojournalists Elroy Spatcher and Jay Yoo, we began to separate fact from fiction. I was convinced that if we could raise awareness, other children could be spared the trauma of exploitation.

We have filed dozens of public record requests, searched for court records, and interviewed survivors of sex trafficking, their families, lawyers – even traffickers and sex buyers themselves. Our findings confirmed the extent of the problem and offered new perspectives to those who had experienced it.

Months of reporting by our small but dedicated team culminated in â€œSTOLEN: A Year-Long Investigation into Trafficking and Sexual Exploitation of Childrenâ€ – a seven-part documentary series and multimedia content platform exposing the problem, while recounting the strength of survivors, their families and advocates working to break a cycle of destruction.

Our video series, companion podcast, articles and interactive content were all posted online, with easy access and free viewing at nbc7.com/stolen

î – The latest trafficking research, which documents up to 8,000 sex trafficking victims per year in San Diego County alone

î – How the coronavirus pandemic puts children at greater risk of exploitation, with real-life examples of how traffickers use social media to befriend, manipulate and coerce their victims

î – New documented evidence of sex trafficking and exploitation in nearly every school district in San Diego County, including details of the public agencies we had to fight for to share with the public

î – Revelations that traffic thrives mainly through its link with tourism, conventions and events that attract wealthy visitors.

î – A significant shortage of law enforcement available to tackle the problem, combined with a lack of resources and refuge for survivors

We told the story of a wealthy executive who obtained criminal immunity from prosecutors despite admitting to paying underage girls for sex. We also debunked the myth that San Diego’s location along the US border is a major driver of sex trafficking.

Articles written in “STOLEN” include expert advice for parents on how to talk about trafficking with their children, a list of apps predators use to communicate with unsuspecting teens, as well as risk and warning signs of sex trafficking.

In the 15 months since the release of “STOLEN”, we have heard from viewers who are first confronted with their past abuse. Some now have the courage to ask for help with the consequences of this abuse.

A feature-length version of the documentary is now available on Peacock, NBC’s free streaming app. The subject is uncomfortable and thrives in the dark, but we have to start having difficult conversations with our young people about it if we hope to do anything to stop it.

Our team is grateful that the journalistic community recognizes the revolutionary importance of our effort through regional, national and international awards, including a National Edward R. Murrow Award, the first in the history of NBC 7. But more than Everything, we hope this recognition will have an impact on how future journalists approach this issue. The courageous voices of survivors and lived experience experts who shared their stories with us save lives. They are the heroes of “STOLEN”.