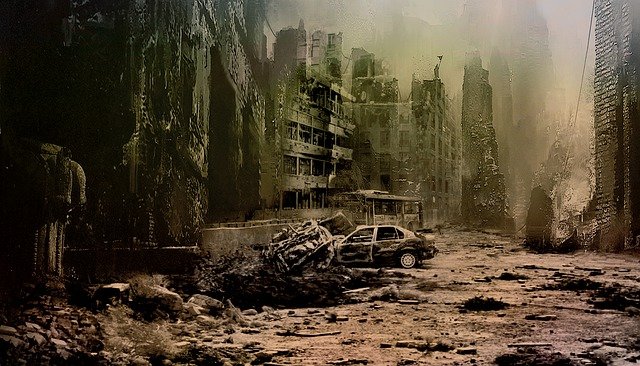 Welp, it was nice to know you …

With 2021 behind us, we’re aiming for 2022. And uh, things are looking a little bit better, well … dark. And the French prophet and philosopher Michel de Nostradamus is to blame.

* Disclaimer: Please be aware that these are only predictions and not facts. This is just speculation. *

An uprising of robots

â€œThe Moon in the middle of the night on the high mountain. The new sage with the lonely brain sees it: By his disciples invited to be immortal, Eyes to the south. Hands in breasts, bodies on fire.

The rise of machines is near. According to the story of the sky, the passage refers to an immortal “sage”. This sage, dear friends, could mean artificial intelligence, which has evolved over the past decade. Will SkyNet events unfold as they did in Terminator? We will know, we guess …

Where’s Arnold Schwarzenegger when you need him ?!

The end of humanity

“After a great turmoil for mankind, a greater one is prepared, The Great Mover renews the ages: Rain, blood, milk, famine, steel and pestilence, Is the fire of heaven seen, a long spark which short.”

â€œNeither abbots, nor monks, nor novices to learn; Honey will cost a lot more than candle wax. So high the price of wheat, This man is restless. His next to eat in his despair.

As in 2021, the passages above alluded to the famine and the apocalypse. Welp, it was nice to know you! Make sure you start making a zombie apocalypse kit.

â€œLike the sun, the head will burn the shining sea: the living fish of the Black Sea will only boil. When Rhodes and Genoa are half starved. The locals to cut them up will work hard.

What do you think of Nostradamus’ forecast for 2022? Do you think they have merit, or not at all? Sound off in the comments below.

Journalists must resist being “co-opted by ideology or the state”: CJI Ramana