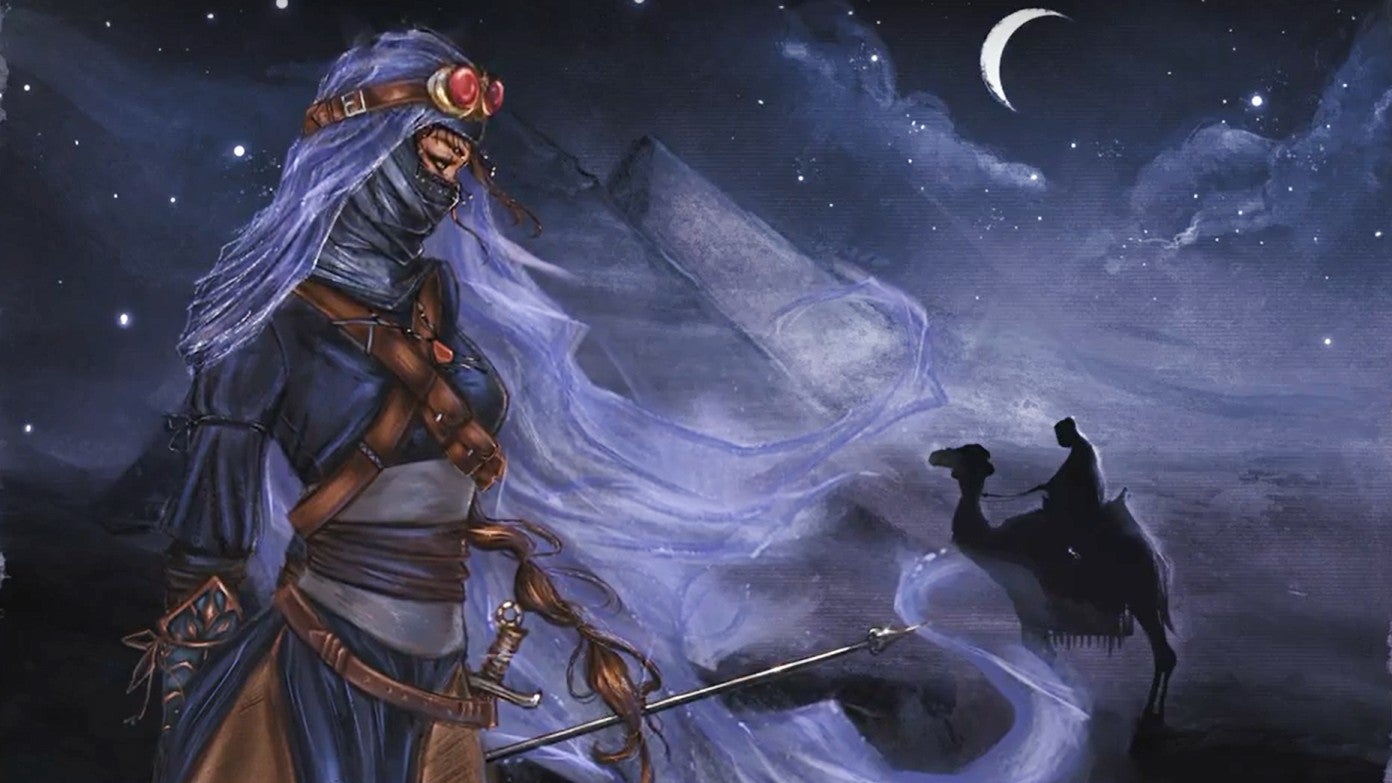 A new Tomb Raider animation canonically explains how Lara Croft survived the events between Tomb Raider: The Last Revelation and those in the series’ sixth installment, Angel of Darkness.

As for the myth of El Hawa itself, it is told through Lara’s diary entries. These reveal how, after falling into the collapsed Temple of Horus at the end of The Last Revelation, Lara struggled to make it out alive. However, she made it out and, on the verge of death, she was found by a shaman named Putai.

After resuscitating her with water and oils, Lara recalls how Putai brought her to the Bantiwa tribe – a group that Lara describes as her “desert family”. This tribe was made up of mostly combat-skilled women, and as Lara continued her recovery, she was gradually accepted into the tribe as one of them. She learned to fight alongside them and acknowledges that the love and support she found from the tribe left her hesitant to return to her original life. Her diary says she needed time to “get an idea of ​​what happened at the graves and why no one had come looking for [her]”, which his stay in the tribe allowed him to do.

One night while she was with the Bantiwa, the group was attacked by a rival tribe led by a “thug” named Scar. Lara managed to wound Scar in the ensuing battle, but before she could finish the job, he was swept away by his men. Either way, her efforts during the battle earned Lara the tribal name “El Hawa” or “The Desert Wind.” And, from that moment, the legend of El Hawa was born. The Bantiwa tribe became famous for being protected by an “angel” dressed in blue.

Despite Lara’s deep love for her “adoptive family”, she eventually felt the need to return to England. Lara traveled to the African coast with Putai and returned home. But, tragically, after returning, Lara learned that the Bantiwa tribe had been massacred in her absence. This left Lara feeling “sorry” and worse than she did after her ordeals in the Tomb of Horus.

With a new resolve, Lara began to prepare to return to the desert in order to find out what had happened to the tribe and its inhabitants. However, a certain call from Von Croy stops her in her tracks and she decides to go to Paris on her way back to Africa. Thus, the events of Angel of Darkness began.

You can see the full animation of The Legend of El Hawa for yourself below.

These revelations finally give a little more seriousness to Lara’s survival between the events of The Last Revelation and Angel of Darkness. That’s not to say Lara isn’t a character with both incredible physical and mental strength – she certainly has both in spades. But, at the end of the day, she’s still human, with human mortality and frailties. After all these years, it’s really nice to see this period of Lara’s life not only addressed, but elaborated on.

This isn’t the first time we’ve gotten a glimpse of Lara’s impressive survival between games, of course. Fans who have followed the Tomb Raider story over the years will already be aware of some of the elements told in this new story, as Schofield has already discussed the character of Putai and the legend of El Hawa, although much less in detail.

In 2016, the official Tomb Raider YouTube channel posted a deleted scene from Angel of Darkness. This scene showed a very brief flashback of Lara meeting the mysterious shaman after the events of The Last Revelation. At this time, Scofield explained that Putai was:

“…A mentor figure in a way Lara’s more earthly mentors could not hope to operate. She was a shamanic link to all the mythical roots of the worlds Lara had ventured into all her life.”

Scofield went on to say, “What Putai could have taught Lara was on a different, more refined, more elemental level than she had been able to perceive before. And once Lara began to transform and understand her place in this mythical realm, she would find all sorts of otherwise inaccessible secrets that would open up to her, and she would be able to unlock the Portal of Ages.

You can see that deleted scene from Angel of Darkness below.

As for the future of the Tomb Raider series, Crystal Dynamics recently announced that it had regained “control” of the IP following its sale by Square Enix to Embracer.

Meanwhile, earlier this year it was announced that the next game in the Tomb Raider series will be made in Unreal Engine 5.

While official details on this upcoming outing are still thin on the ground, a leaked audition script for a role in the game has revealed that Lara Croft leads a team of young grave robbers as she s dealt with the isolation of success.