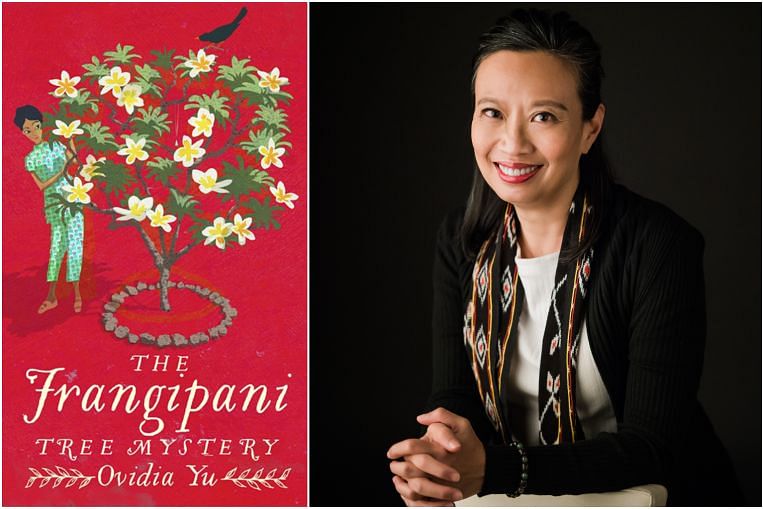 SINGAPORE – The mysteries of the landmark murder of Singaporean writer Ovidia Yu may well be heading to the small screen.

Her thriller series, starring a brave teenage detective Peranakan in the 1930s and 1940s in Singapore, was selected for television by international production company Poisson Rouge Pictures.

Producer Christopher Granier-Deferre said the bright orange cover of The Betel Nut Tree Mystery (2018) caught his eye in a bookstore while filming in Stockholm. Realizing that this was the second book in a series, he asked his wife to send him the first, The Frangipani Tree Mystery (2017).

â€œI read it immediately and knew it was all I was looking for,â€ he said.

â€œAbove all, the stories told through the eyes of young Su Lin have brought to life a voice we don’t hear often enough, that of those who are ruled. Ovidia had created a wonderfully complex, original and endearing character to guide us gently but persuasively. and without ever delving into caricature, through a reframing of the colonial and occupied eras. “

In The Frangipani Tree Mystery, Yu’s heroine, Chen Su Lin, is a 16-year-old orphan who is considered unlucky by her family because of her polio and tries to avoid being married off by loved ones.

She works as a housekeeper for Chief Inspector of Police Thomas Le Froy, but soon begins helping him solve crimes, from the suspicious death of an Irish nanny in the British Governor’s mansion to the murder of ‘a rich British rake in a grand hotel.

The tentative plan is to cover the first six books in the series over two seasons. Granier-Deferre said that while the project is still in the development stage, he hopes to bring it to the screen around 2023.

Yu, 60, said she was “thrilled, ecstatic, grateful and incredulous.” She will not be writing the screenplay as she has no television writing experience but hopes to stay involved in the process.

Granier-Deferre said he has met Singaporean writers based in London, the United States and Singapore to find a screenwriter, and hopes to shoot in Singapore and Malaysia.

He is based in Great Britain and his credits include the films Personal Shopper (2016) and County Lines (2019).

Yu is working on the sixth book, The Mushroom Tree Mystery, which will continue to follow Su Lin’s life in Japanese-occupied Singapore during WWII.

The next three books in the series will likely take place during the Malay emergency from 1948 to 1960, she added.

Asked about her dream cast, the veteran playwright said she hoped they would choose Singaporean actors for the lead roles. She would like actor Shrey Bhargava to play Sergeant Prakesh Pillay, one of Su Lin’s fellow police officers.

“I hope they keep the humor of Su Lin’s ironic, practical but still optimistic diet-centric approach to dealing with life, murder, British and Japanese,” she said. added. “It sounds like a very typical Singaporean approach to me.”