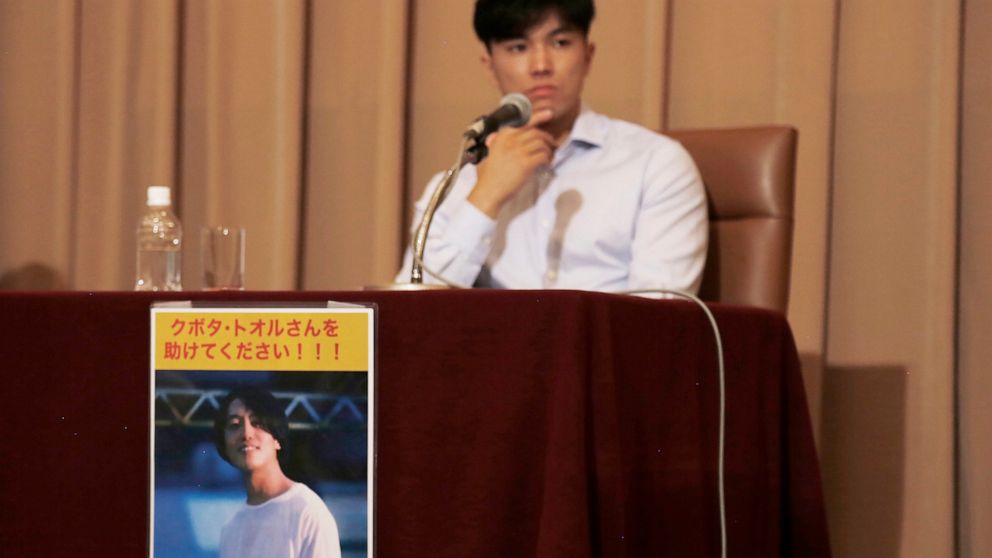 BANGKOK — A court in military-run Myanmar has sentenced a Japanese journalist to prison after filming an anti-government protest in July, a Japanese diplomat and the Southeast Asian nation’s government said on Thursday.

Toru Kubota was sentenced on Wednesday to seven years for violating the Electronic Transactions Law and three years for incitement, said Tetsuo Kitada, deputy chief of mission at the Japanese embassy. The sentences were to be served concurrently.

A statement sent to reporters by the Army Information Office explained that Kubota was sentenced to a total of seven years, while an immigration violation trial against him continues.

The Electronic Transactions Act covers offenses of disseminating false or inflammatory information online and carries a prison sentence of seven to 15 years. Incitement is a catch-all political law covering activities deemed to cause unrest and has been used frequently against journalists and dissidents, usually punishable by up to three years in prison.

Kubota was arrested on July 30 by plainclothes police in Yangon, the country’s largest city, after taking photos and videos of a small flash protest against the military’s 2021 takeover of Myanmar, who overthrew the elected government of Aung San Suu Kyi.

Kubota was the fifth foreign journalist detained in Myanmar after the military took over. US citizens Nathan Maung and Danny Fenster, who worked for local publications, and independents Robert Bociaga from Poland and Yuki Kitazumi from Japan were eventually deported before serving full prison sentences.

Since the military took power in February last year, it has forced at least 12 media outlets to close and arrested around 142 journalists, 57 of whom remain in detention. Most of those still detained are being held on incitement charges, for allegedly causing fear, spreading false news or agitating against a government employee.

Some of the closed media continued to operate without a license, publishing online as their staff members dodged arrest. Others operate from exile.

The military takeover sparked mass public protests to which the military and police responded with lethal force, sparking armed resistance and an escalation of violence that led some experts in the UN call it a civil war.

According to detailed lists from the Political Prisoners Assistance Association, a Thailand-based watchdog group, 2,336 civilians have died in the military government’s crackdown on opponents and at least 15,757 people have been arrested.

The military said shortly after Kubota’s arrest that he was arrested while taking photos and videos of 10 to 15 protesters in Yangon’s South Dagon township. He claimed he admitted to police that he had contacted protest participants a day earlier to arrange to film it.

A graduate of Keio University in Tokyo with a master’s degree from the University of the Arts in London, Kubota, 26 at the time of his arrest, performed assignments for Yahoo! News Japan, Vice Japan and Al Jazeera English.

His work has focused on ethnic conflict, immigrant and refugee issues, including the plight of the persecuted Rohingya Muslim minority in Myanmar. The military is particularly sensitive to the Rohingya issue as international courts are examining whether it committed serious human rights abuses, including genocide, during a brutal counterinsurgency campaign in 2017 that pushed more than 700 000 members of the Muslim minority to flee to neighboring Bangladesh for their safety.

Kubota’s compatriot, Kitazumi, a freelance journalist, was arrested in April 2021 and released and deported just under a month later, after being charged but not tried.

The military government said at the time that it had decided to release Kitazumi “in consideration of the cordial relations between Myanmar and Japan so far and in view of future bilateral relations, and at the request of the special envoy of the Japanese Government for the National Reconciliation of Myanmar”.

Japan has always maintained warm relations with Myanmar, including under the previous military government. It takes a softer line towards Myanmar’s current government than do many Western countries, which treat it as a pariah state for its poor human rights record and undermine democracy, and apply economic sanctions. and policies against its army leaders and their families and cronies.

Thomas The Tank Engine is the Ultimate Manifestation of the Illusion of Free Will: ScienceAlert