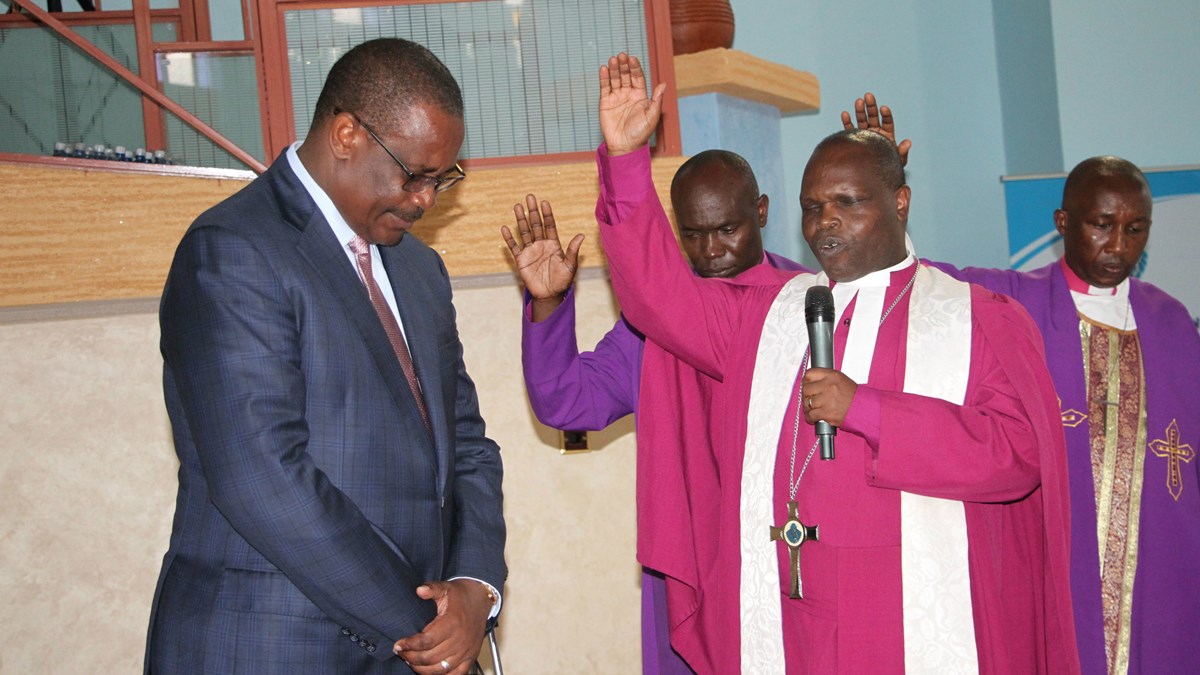 Most Kenyan churches prohibit politicians from accessing pulpits, except …… | News and reports

Some churches in Kenya have banned politicians from addressing their congregations, saying campaigning during services disrespects the sanctity of worship.

The Anglican, Presbyterian, Roman Catholic and Evangelical national churches have all issued bans as many politicians have started stopping early for next year’s general election and as COVID-19 public health measures have restricted how and where the campaign can take place.

The Methodists, however, keep the doors of the church open for all.

Joseph Ntombura, presiding bishop of the Methodist Church in Kenya, said his church did not disagree with the effort, but took a different approach. The bishop said closing the doors to politicians would discriminate against some of its members.

â€œThe church is for everyone,â€ Ntombura told RNS in a telephone interview. “Human beings are political, so there is nothing wrong with inviting politicians to church.”

According to the bishop, congregations need to hear the views of politicians on issues of national concern, such as the sharing of resources. In the past, Ntombura said, the church has invited other experts to speak to congregations on important issues, and politicians are no different.

Kenya is about 85 percent Christian. About 33 percent of this group are from historic Protestant denominations and about 21 percent are Roman Catholics. The others belong to evangelical, Pentecostal and African denominations. Muslims represent 11% of the population.

In banning politics in church, denominations said they feared church services could turn into election rallies and candidates would use language akin to hate speech in an attempt to gain votes or influence people. opinions of the faithful. In the past, some politicians have hijacked religious services in order to sell their programs or criticize their opponents. Some have even appeared in churches with huge sums of money as offerings or as funds for church projects.

The non-political effort, begin by the Presbyterian Church in East Africa in July, gained momentum this month when Archbishop Jackson Ole Sapit, Anglican Primate of Kenya, announced his church’s ban.

â€œEveryone is welcome in the churches, but we have the pews and the pulpit,â€ Ole Sapit said on September 12, during the ordination of Kenya’s first female Anglican bishop. “The pulpit is for the clergy and the pews for all who come to worship.”

On September 15, the Roman Catholic bishops declared their places of worship and liturgy to be sacred and not political arenas. They urged politicians to attend Mass like any other devotee.

On September 17, the Kenya Evangelical Alliance (EAK) announcement a similar ban, citing “numerous cases” of church leaders neglecting their “duty to ensure that the freedoms of all worshipers are protected without violation by visiting politicians.”

“Politicians should not be allowed to exploit and abuse their privileges as rulers by violating the place of worship while engaging in church politics,” said EAK chairman David Oginde and secretary General Nelson Makanda in a press release. “It is a disgrace to God, defiles the sanctity of worship and violates the rights of other worshipers.”

â€œAny speaking from such leaders should be limited to greetings, not politics in the church. Different ecclesiastical traditions have different ways of recognizing visitors; such a tradition must be kept as long as it honors the sanctity of worship, â€said EAK leaders. â€œOfferings and gifts given by visiting politicians are to be treated like any other scripture-obedient offering whereby the left hand is not to know what the right has given (Matthew 6: 3). “

Analysts say churches are seeking to reclaim their position as “honest arbiters” in a country where elections often generate violent conflict.

The deadliest occurred in December 2007 and January 2008, when two months of ethnic fighting left at least 1,000 dead and more than 600,000 displaced from their homes. Among them, 30 people, mostly from the Kikuyu ethnicity of Kenya’s largest tribe, were burned to death in an Assemblies of God church in Kiambaa village in Eldoretto.

Henry Njagi, head of programs and information at the National Council of Churches of Kenya, said resistance to the church’s guidelines on political discourse risked repeating the events of 2008.

â€œWhen things turned out badly, they turned around and accused the church of shutting up and abandoning the Kenyans,â€ Njagi said. â€œSo right now, a call to political actors, aspirants and other stakeholders is to listen to the churchâ€¦ and to stop toxic politics. “

Although politicians have not been so present in mosques, Muslim leaders say they support the ban.

He added that Muslims were not facing the problem at the moment.

â€œWhen you go to a place of worship, you know what you are supposed to do. They take advantage of the people who are gathered for worship. It shouldn’t happen in the first place, â€said Ole Naado.

Ole Sapit on Thursday also banned Anglican churches from leading harambÃ©e (a Swahili word meaning “all together”) community fundraising during worship services, according to at Capital News.

Jillian Manning: The What and Why of the National Writers Series | New