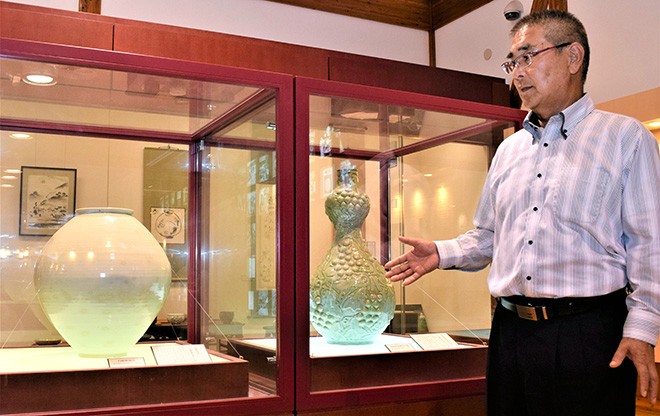 KAWAGUCHI, Saitama Prefecture – A Korean ethnic art collector has dedicated a monument here to the memory of the Japanese brothers who fell in love with Korean culture during the colonial rule of the Korean Peninsula.

Ha Jung-woong discovered Noritaka and Takumi Asakawa when he was a high school student and studied their way of life with the residents of Yamanashi Prefecture, where the brothers were born, for more than two decades.

â€œThe brothers have lived precious lives as humans,â€ said the 81-year-old businessman. “I learned a lot from their way of life.”

Noritaka researched the history of Korean porcelain in the Korean Peninsula, the colony of Japan between 1910 and 1945. He investigated some 700 kiln remains, in part with the help of Ji Sun-tak , who later became a master potter in South Korea.

Takumi, her younger brother, studied Korean crafts. It helped to increase the greenery in the fields and the mountains, winning the admiration of the locals. In his diary, Takumi criticized the Japanese for discriminating against Koreans.

The monument, engraved with the faces of the brothers, stands in front of the Asakawa Noritaka Takumi Kyodai Shiryokan Museum in Hokuto, Yamanashi Prefecture.

Built with stones from both countries, the memorial is 1.6 meters high, 1.1 meters wide and 76 centimeters deep.

Ha said he has finally realized his long-held dream of dedicating a decent monument to the memory of the brothers.

â€œI won’t be alive in ten years,â€ he said. “I think now is the time to do what I’ve always wanted to do.”

He added, “It has nothing to do with being Korean, Japanese or Korean.”

According to museum officials, Noritaka was born into a farming family in present-day Hokuto in 1884, while Takumi was born in 1891.

After working as a teacher, Noritaka went to the Korean Peninsula in 1913, followed by Takumi the following year.

Noritaka returned to Japan after World War II and died in 1964. Takumi, who died of illness in 1931, was buried in Seoul.

Ha was a high school student when he read a passage that philosopher Yoshishige Abe wrote in tribute to Takumi. He was inspired by the younger brother to live a righteous and free life in a dignified manner.

About 25 years ago, Ha discovered a book about Takumi through an acquaintance and gained detailed knowledge of the brothers’ achievements and their birthplace.

When the museum opened in 2001, Ha donated around 80 works of art from his collection, including Ji’s exquisite celadon and white porcelain works.

â€œThe museum is filled with the feelings of Ha,â€ said museum director Yoshihiko Hinata, who has had a long conversation with him. “He wants the facility to be a beachhead for disseminating information to promote friendship between Japan and South Korea.”

Hinata, 67, is the general manager of a group of citizens formed to study the way of life of the brothers.

The museum attracts several thousand visitors a year. It houses Takumi’s diary, which was donated by a South Korean man who had received it from Noritaka.

The city of Hokuto plans to host an unveiling ceremony for the monument in November. The event, originally scheduled for June, has been postponed due to the novel coronavirus pandemic.

City officials will also publish a manga comic book to educate young people about the life of the brothers in November.

The Richmond Observer – OPINION: With prescription drug prices, politicians are all talking, no action