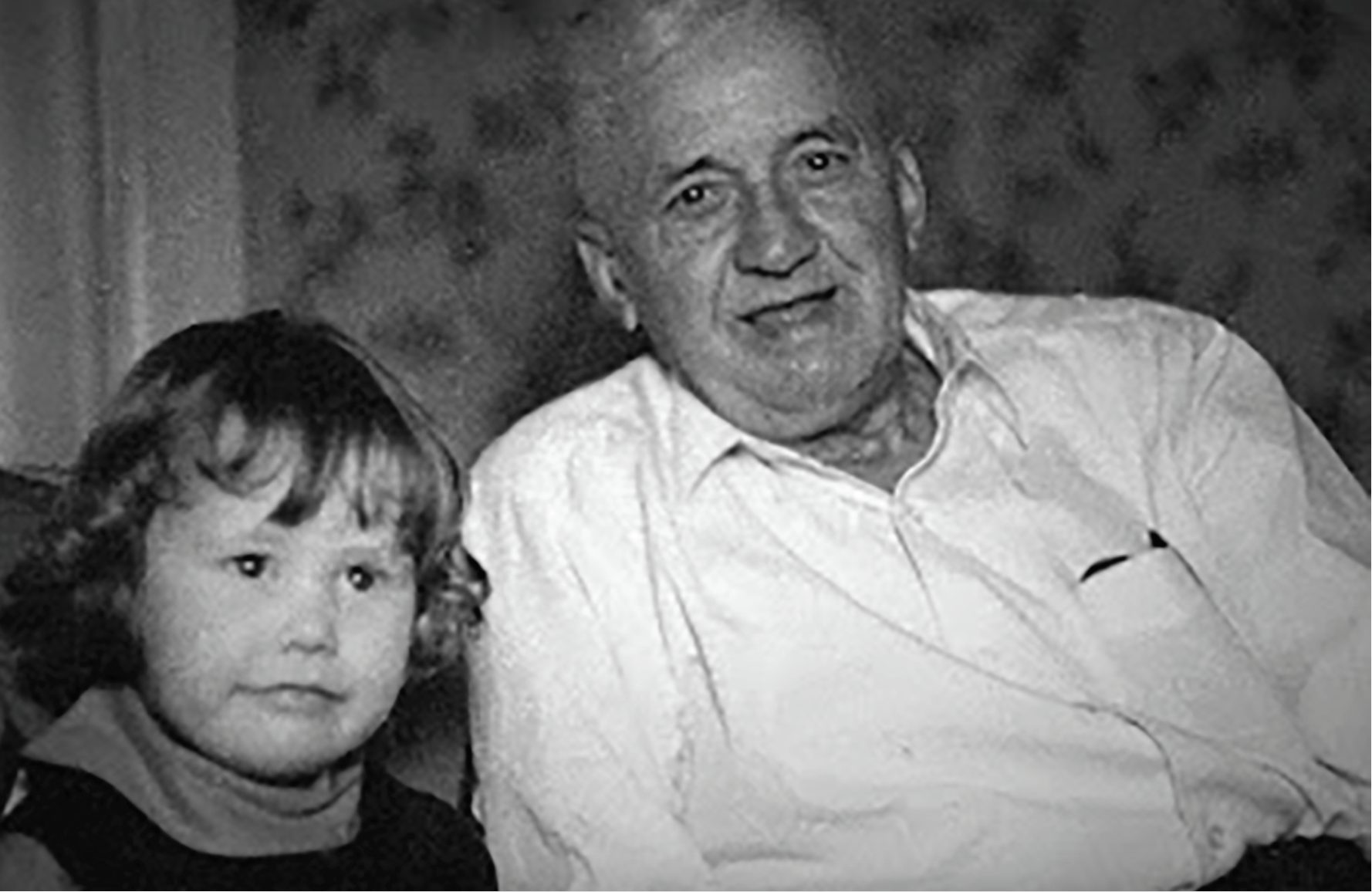 Mining Your Roots: A trip to coal country helps our writer connect with his great-grandfather

I remember very little of my great-grandfather, Ignatz Kalina.

I only have one photo of him – a fading black and white photo of the two of us sitting together on a couch in his living room in Taylor, PA. I seem to remember that day when I, young and restless, was forced to sit down for a photo when I had so much to explore in this new to me environment.

With the ongoing Ukrainian/Russian conflict, I think more of him and my great-grandmother, Paulina, who left the region for the United States in 1907 when they were both in their twenties.

My mother remembers a few visits before my parents divorced and tells how Paulina greeted me enthusiastically, snatching me from her arms as a baby and rushing into a back room to quietly sing to me in her language. maternal. Unfortunately, I have no photos or memories of Paulina, who passed a decade before Ignatz. With my father gone, I relied on the internet to better understand their lives.

Ignatz worked for the Moffat Coal Co., which I was able to confirm when I found his name on a list of mining accidents. He was struck in the jaw when a bar slipped while he was working as an assistant tracker. Obviously, he progressed in his profession to become a full-fledged miner, certified to work with explosives only later in life. “Pop” lived to be 86. The man who labored in the damp, dark recesses of the earth for many years was reportedly strong and hearty and managed to escape the perils of black lung – a condition that struck so many who worked in his profession.

When I found his address in Taylor and learned that I could visit the coal mine where he worked, I decided a road trip was in order. My husband agreed to drive, and we scouted the house where my grandfather, Ignatz’s son, grew up.

When traveling by car, I usually have my head buried in a book or in dozens of periodicals that I drag around. I mention this because when I finally looked up, about two blocks from the house, my eyes fell on a street name: Myron Thomas Court. I pointed this out to my husband, explaining that Myron Thomas was my father’s first and middle name. It’s almost like he knows about the pilgrimage and nudges me. A few minutes later, we were parked in front of a cozy, well-kept house where my grandfather was raised and where my great-grandmother worked in the kitchen, preparing the delicious sausage that was a closely guarded secret.

After seeing the house, I was ready to learn more about the mine where my great-grandfather worked, so we headed out to visit the Lackawanna Coal Mine in nearby McDade Park. I can’t help but admit that it was kind of exciting to walk the same path that Ignatz walked so many years ago.

On arrival the staff provided us with a hairnet and helmet before inviting us to watch a short film about coal mining. Then we browsed the little gift shop waiting for the call to start the tour.

When it was our turn, we joined about 25 other people and piled into a bright yellow car to make our descent into the mine. I had a few butterflies as we slowly descended, 300 feet into the abyss, thinking it was unnatural for living humans to be comfortable underground. When we got downstairs and were allowed out of the car, I breathed a sigh of relief.

Our guide led us through the cramped, damp 1860s mine and described various tasks performed by the workers. We learned that in 1902 the certified rate paid for laborers was 18 cents an hour and wood breakers (those who separated the coal from the filth) earned 13 cents – the same as muleteers. Engineers earned $78 a month and claws, who were responsible for opening and closing the heavy wooden gates that sealed off the mines when miners passed by with coal carts, were paid at least 11 cents an hour , probably due to their young age.

We also learned that mine workers should always be on their guard, especially for electrocution hazards. Our guide told the story of a mule whose ear hit a wire and was beaten to death on the spot, landing on the wet ground with a sickening thud. Eventually, makeshift mullet hats were used to prevent this from happening.

As we walked through the mine, we peeked into the boss’s office, a small space carved out of a mine wall that looked rather rustic. I can imagine “Pop” Kalina looking inside and giving friendly greetings here and there.

At the end of the tour, guests received “mining certificates,” earned by doing little but observing how these men have contributed to the fabric and success of America through their courage, hard work, and determination.

I came away with a debt of gratitude to those who came before me, for their gut courage, pride and work ethic. I am very proud to count my great-grandfather among this wonderful group of men.

The Lackawanna Coal Mine Tour is located at 1 Bald Mountain Rd., McDade Park, Scranton, and is open April 1 through November 30. For more information, visit www.visitnepa.org/listing/lackwanna-coal-mine-tour/196.

If you like what we do, support our work. Become a friend of TheBurg!