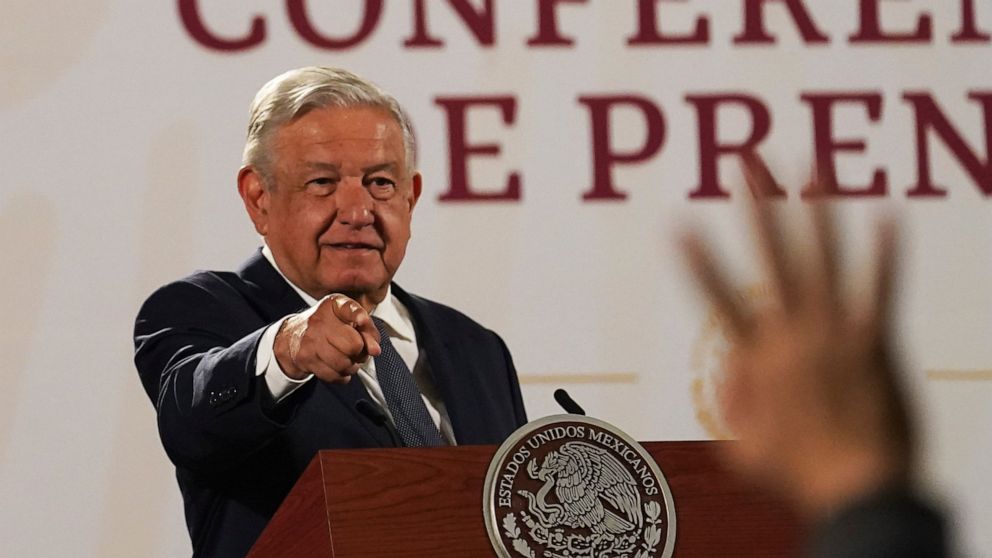 MEXICO — President Andrés Manuel López Obrador’s daily press briefing was coming to an end on Wednesday when a journalist stood up and said he feared for his life, dramatically underscoring the dangers faced by journalists in Mexico.

Journalist Rodolfo Montes said in a shaky voice that he feared the government would withdraw bodyguards assigned to him after receiving a threatening phone call. Montes said the caller claimed to be from the Jalisco drug cartel, but he suspected that was not true.

“I suspect someone else, they’re hiding a government employee,” Montes said.

López Obrador pledged to protect him. Montes is a freelance journalist who has contributed to the weekly Proceso and other national media.

He said he received the threat while he was in Quintana Roo state on the Caribbean coast, and Interior Ministry officials helped him leave the state.

The fear is understandable. So far this year, a dozen reporters have been killed in Mexico, making it the most dangerous country for reporters outside of a war zone.

“These kinds of statements reflect the danger and the threats they face,” Jan-Albert Hootsen, the Mexican representative of the Committee to Protect Journalists, said of Montes’ direct appeal to the president. It was not the first time a reporter had complained during the president’s daily morning briefing that he was in danger.

“If they feel compelled to go to the president, it’s because they’ve encountered problems at lower levels” of government, Hootsen said.

Over the weekend, a reporter from the northern border state of Sonora said shots were fired at him in the town of Ciudad Obregon.

Journalist Rubén Haro wrote on his Las Noticias de la Red page that he was not injured and said the shooter may have mistaken him for someone else.

In June, Antonio de la Cruz became the 12th journalist killed so far this year in Mexico, when a man on a motorbike shot him in his car outside his home in the northern Mexican border state of Tamaulipas. . His daughter Cinthya de la Cruz Martínez, 23, was with him in the vehicle at the time of the attack and she later died of her injuries.